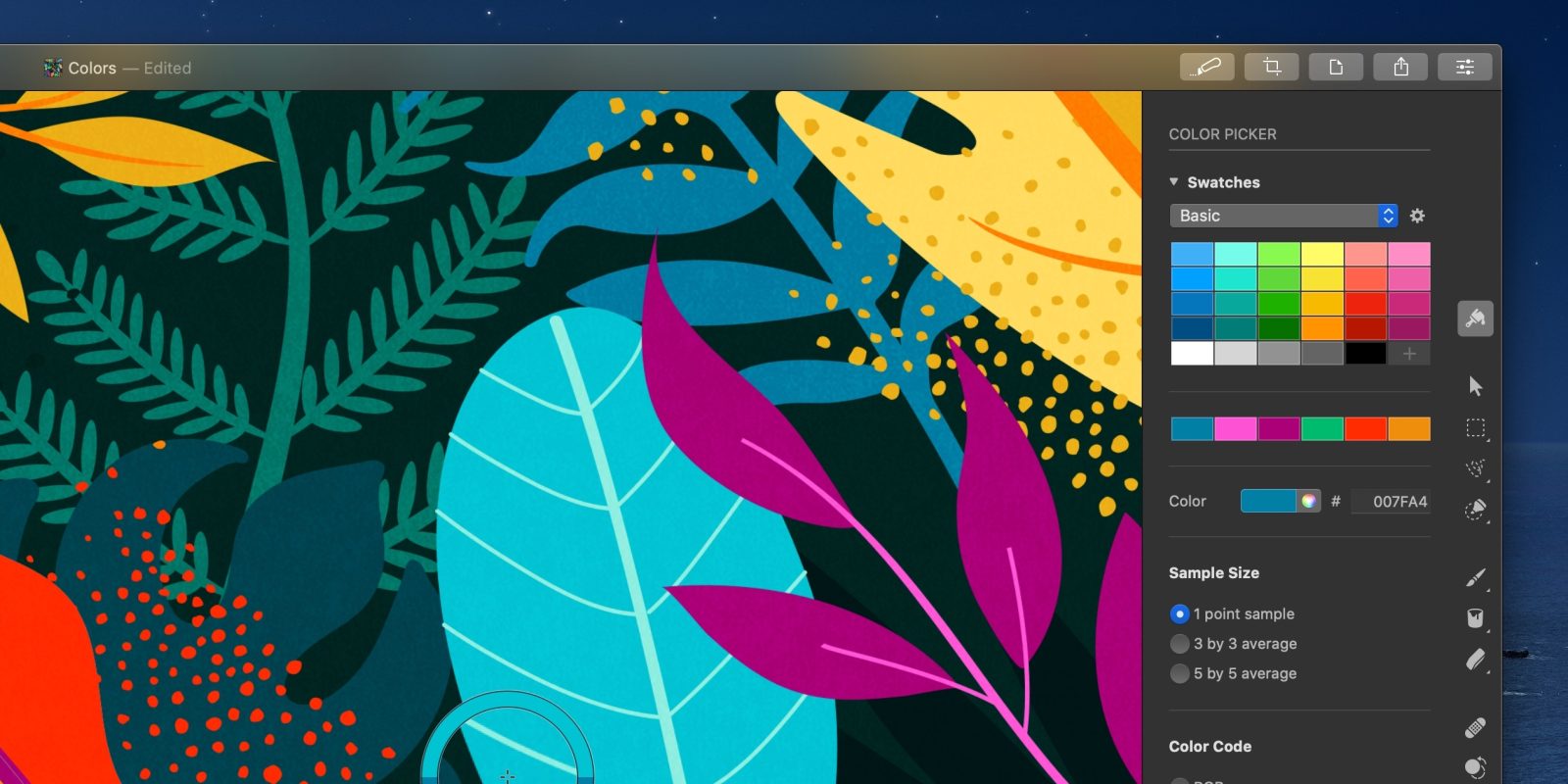 The Pixelmator Pro team continues to crank out updates for the popular image editing app. Today, Pixelmator Pro 1.6 is available in the Mac App Store. The update brings a redesigned color picker and a set of smaller enhancements designed to boost productivity.

Pixelmator used to rely solely on the system color picker. Now, there’s a dedicated Color Picker tool that takes over the sidebar.

This exposes Pixelmator’s collections of inbuilt swatches which you can modify or replace entirely with your own custom colors. These swatches can be exported and shared with other Pixelmator users.

Sampling a color with the eyedropper on an image is now more advanced, with the ability to capture an average of the surrounding pixels. The eyedropper overlay can even show you the closest named color to the one you are currently highlighting. You can also easily select colors by typing in a hex code directly.

The macOS system picker is still accessible if you need it; just press the small spectrum icon next to the color well.

Alongside the headline feature, version 1.6 packs a bunch of smaller enhancements. You can now drag on the canvas and select multiple objects, a nice time saver. You can easily see if the document contains missing fonts and the font menu itself now keeps a list of recently used typefaces; just scroll to the top of the popup menu. There’s a host of performance improvements and bug fixes too.