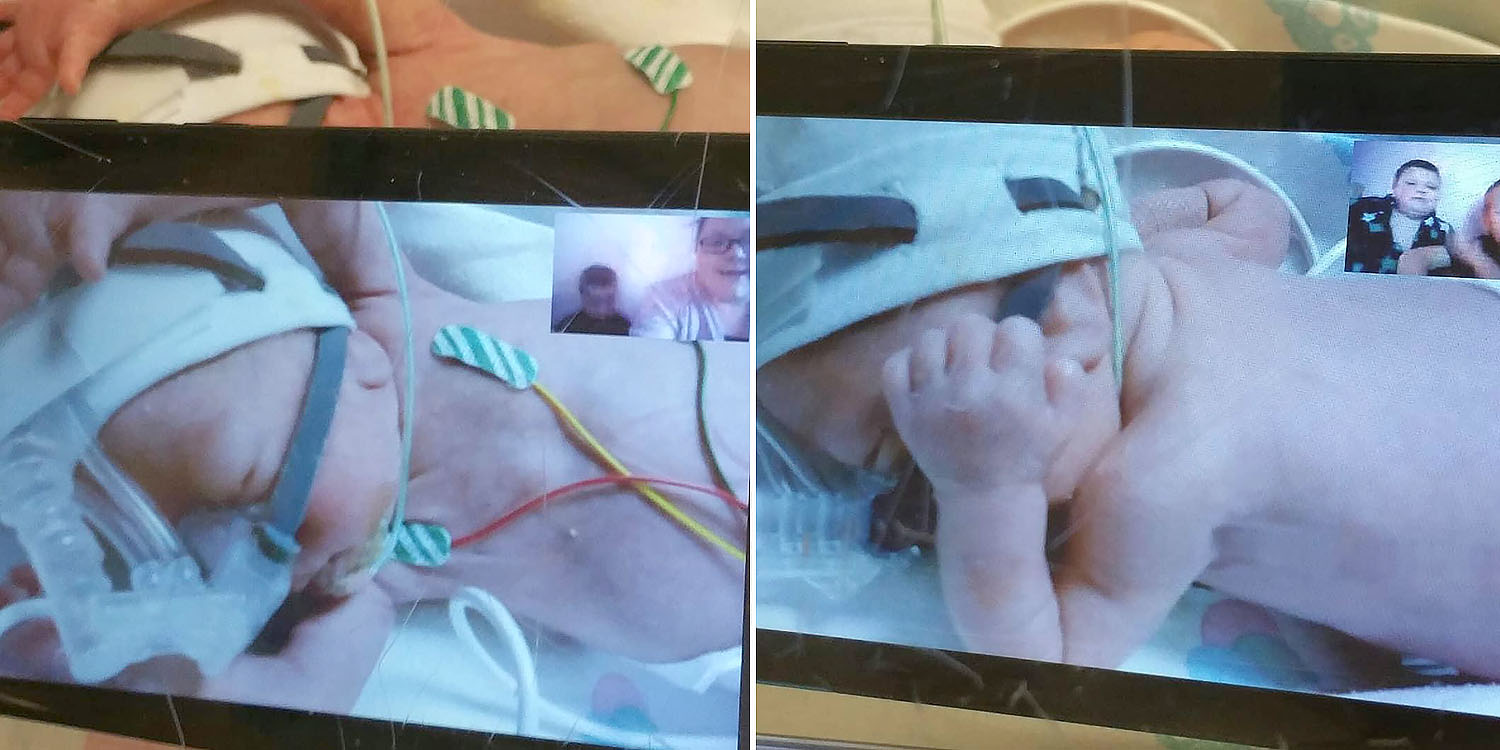 Parents are able to FaceTime their babies in neonatal intensive care units after hospitals were forced to ban physical visits over coronavirus fears.

When Shelby Law gave birth to her baby seven weeks early in late March, she and her husband freely visited their newborn in the hospital’s Neonatal Intensive Care Unit.

But three days later, Northside Cherokee Hospital in Camden, Georgia, changed its policies to suspend all visitors to its special care nurseries amid growing concerns over the coronavirus outbreak.

“We were told we were no longer allowed to visit our son Rory in the NICU,” Law told CNN Business. “We said goodbye to him and went home.” The couple now checks in on him twice a day via Apple’s FaceTime video chat platform, when a nurse calls at scheduled times when he’s feeding or taking a bath.

A hospital in Ireland has done the same.

“We were asked if we’d like to use FaceTime to see our daughter, and it’s been amazing,” said 28-year-old Mairead McKenna, who recently gave birth to her daughter Harper at 26 weeks. “But I’m also struggling so much not seeing her.”

Coombe Women & Infants University Hospital in Dublin, Ireland, urged her to temporarily stay out of the NICU because she was not feeling well with symptoms unrelated to COVID-19.

“I fear in the coming days or weeks, [the hospital] will stop all parents from visiting, as things will likely get worse before it gets better,” McKenna said. “I’m guessing this will be our new setup [for awhile now].”

Some hospitals are doing this for women in labour also.

Julianna Grogan, a New York City-based mother who was diagnosed with COVID-19 before the birth of her daughter on April 2, told CNN Business her husband and doula cheered her on during the delivery via FaceTime, as they were not permitted into the room. “They were watching the whole time,” she said. “Luckily, I had a stand with a clip to attach my phone to the bed.”

Now recovering alone in her hospital room, both from childbirth and the virus, the nurses at Metropolitan Hospital Center use FaceTime periodically throughout the day so she can see her baby.

It’s not the first time hospitals have let parents FaceTime babies: a scheme was piloted in a number of US hospitals back in 2017.

New parents are utilizing unmodified iPads to FaceTime with their newborns who may be sick or premature. These babies need to be kept isolated from the outside world and the germs that come with it so new parents aren’t usually able to see their baby for a few days after they are born. But, with what the nurses refer to as BabyTime (FaceTime for babies), parents can interact virtually with their little one while they wait.