Seemingly-genuine Apple Watch prototypes surface from a year before launch 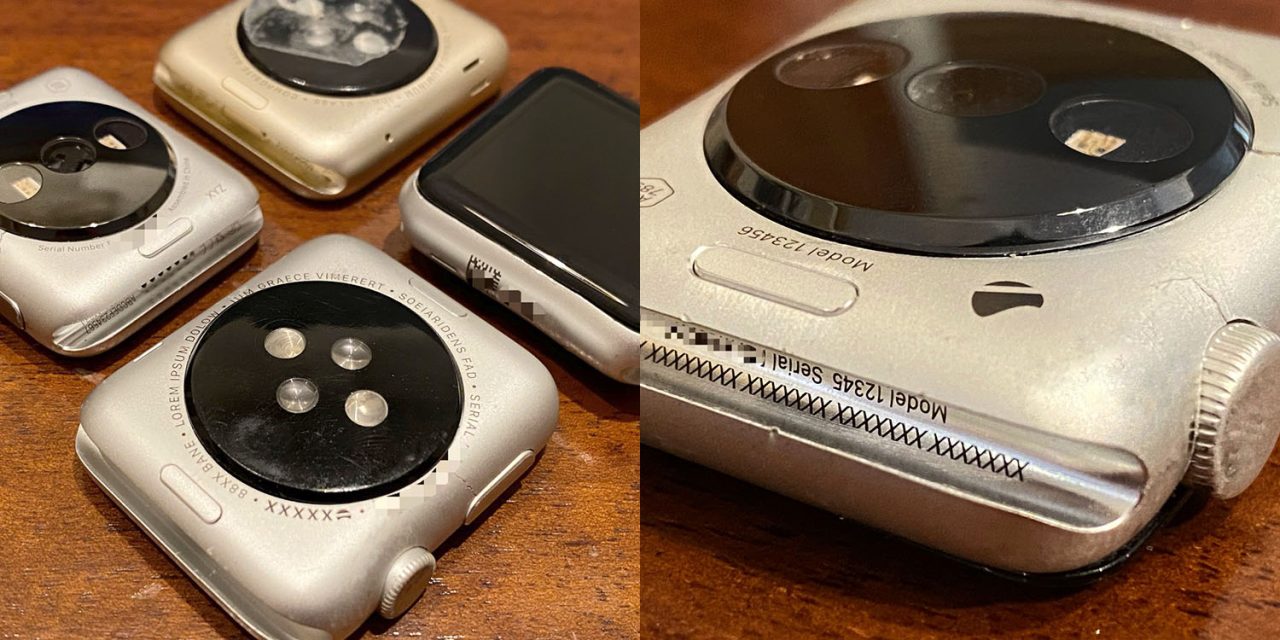 A collector has managed to obtain six seemingly-genuine Apple Watch prototypes which date to a year before the launch of the wearable device.

The man says that all the prototypes are broken, but are sufficiently complete that he believes they can be repaired …

Motherboard says the devices are consistent with prototype iPhones it knows to be genuine.

Giulio Zompetti, a 27-year-old from Northern Italy, told Motherboard that he purchased half a dozen early prototypes of Apple Watch recently, and is planning to fix them and sell them for thousands of dollars […]

Some of the watches display a rare logo reminiscent of the Star Wars’ Death Star, a logo that’s been displayed on iPhone prototypes in the past. Zompetti has a history of obtaining rare prototype Apple devices, and he believes these are authentic Apple devices. The markings, QR codes, and logos on them are reminiscent of prototype iPhones Motherboard has seen and used in the past […]

The QR codes, the “Death Star” logo, and other serial numbers on the watches seem to indicate they are indeed prototypes of the Apple Watch.

Zompetti has in the past outlined what he believes to be Apple’s prototyping process.

The collector says he bought the devices from an electronic waste facility. It seems surprising that Apple would be so careless as to dispose of prototypes in this way: you’d have expected the company to grind them into dust on its own campus. However, our understanding is that Apple works closely with an e-waste facility. Some uncomfortable conversations will likely be taking place with the company concerned, especially given that Zompetti says he purchased them.

One of my colleagues suggested that Apple could easily open an extremely popular museum of product prototypes, perhaps alongside its existing Apple Park visitor center. I’d absolutely echo this, but Apple appears to have less interest in its own past than many of its customers.

I do get the company’s view that Apple’s ethos is all about looking forward, not backward, but it seems odd to be so entirely disinterested in the evolution of its own journey.

You can see more photos in the Motherboard report.