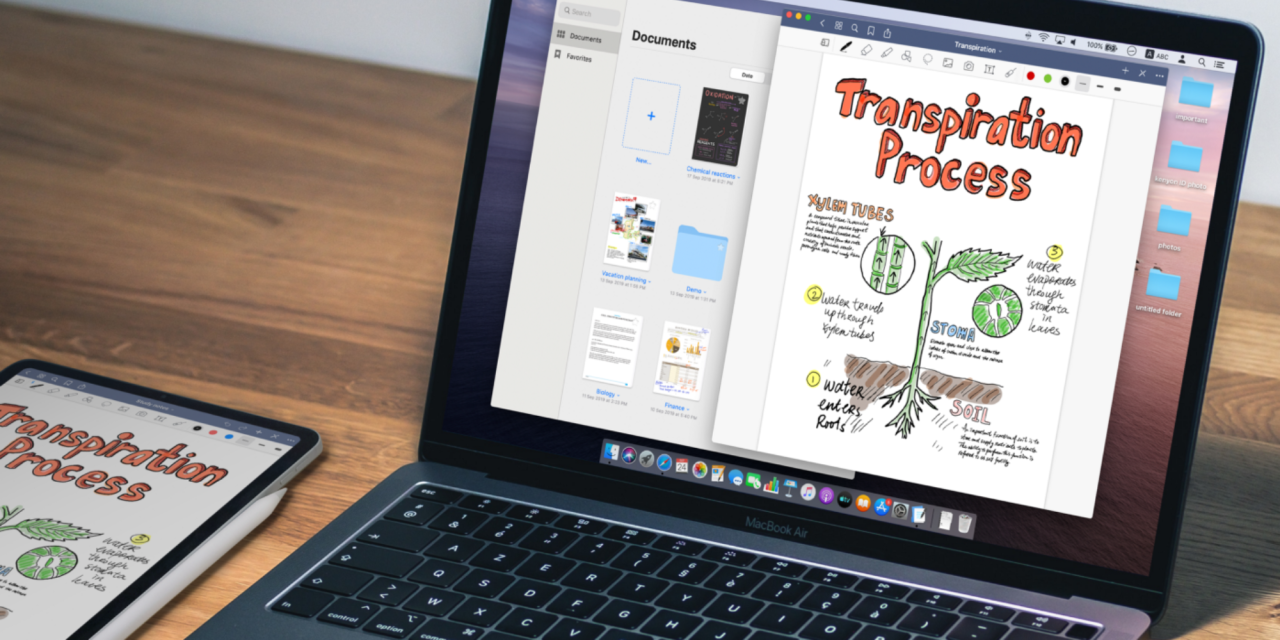 The infrastructure to support universal apps has only been available for a couple of weeks, but some app developers are wasting no time linking their iPhone, iPad, and Mac apps as a single purchase. Fans of GoodNotes, the popular iPad notetaking app, is among the first to benefit from the change. A new, universal version of GoodNotes 5 is rolling out today for iPhone, iPad, and Mac. The app costs $7.99 in the US app store for use across all three platforms.

There’s a bit of a wrinkle in this process, however. GoodNotes said Apple hasn’t made it possible to merge existing versions of the app, meaning there’s no way to bundle the existing macOS app with its iOS/iPadOS counterparts. So to make a universal app, GoodNotes had to launch a new macOS version for users to download.

This only affects people who purchased the Mac version, but not the iPadOS/iOS versions. That’s because if you have the mobile apps, it’s easy to delete your Mac app and re-download the new version at no cost. Simple enough.

However, if you only purchased the macOS app, it will continue working for you but won’t receive any software updates. Otherwise, you’ll need to purchase the macOS version a second time. GoodNotes assures us, though, that only a tiny fraction of customers used the Mac app on its own, without the iPad/iPhone versions.

GoodNotes continues to be among the most popular notetaking apps in the App Store. Version 5, a big update that was released just over a year ago, included a new design, folder structure, improved search and more.

GoodNotes was also among the first apps to utilize Catalyst, a new framework that makes it easier to port iPad apps to the Mac.