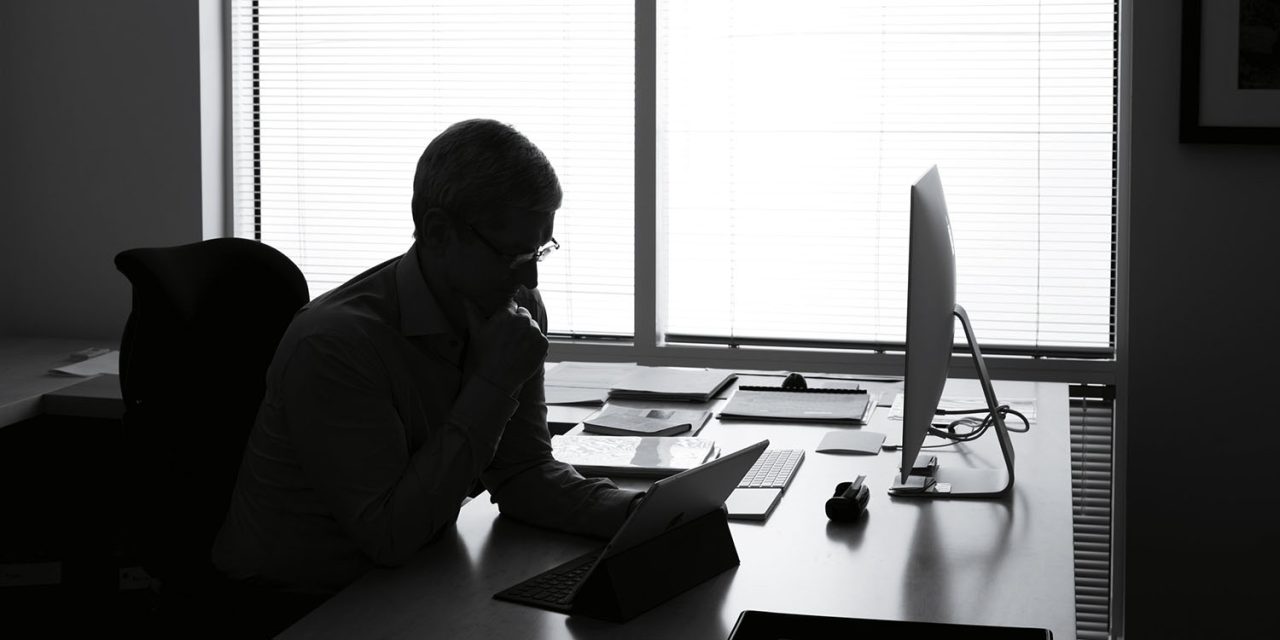 Apple CEO Tim Cook led a virtual company-wide meeting today, addressing the ongoing COVID-19 situation and associated plans to return to work. In a new report this afternoon, Bloomberg has the details of the meeting.

During the meeting, Cook promised that Apple will keep investing in research and development in a “really significant way,” despite the current “uncertain and stressful” environment of COVID-19. The Apple CEO said:

If we stay focused on doing what we do best, if we keep investing, if we manage the business wisely and make decisions collaboratively, if we take care of our teams, if our teams take care of their work, I don’t see any reason to be anything but optimistic.

Cook was asked during the meeting about potential job cuts, and he reiterated that Apple is focused on the long-term future, not making short-term adjustments. Additionally, even though the company is impacted by the coronavirus pandemic, Cook emphasized Apple’s strong financial position:

When asked about potential job cuts, the CEO reiterated Apple’s strong financial position and pointed out that it has been paying retail employees while stores are closed. “I won’t tell you Apple won’t be impacted,” Cook said, while stressing that his focus is on running the company for the long-term rather than making short-term adjustments.

During the meeting, Chief Operating Officer Jeff Williams said that the crisis has elevated the importance of Apple’s work on health products, including the Apple Watch and said the company’s development work in the space isn’t ‘limited to the wrist.’ He also said the pandemic is pushing countries to more quickly help Apple roll out the Apple Watch’s electrocardiogram feature.

Apple employees continue to work from home, and the company doesn’t yet know when employees will return to work. Cook said during today’s meeting that temperature checks and social distancing standards are likely to be put in place when that does happen. He also reportedly floated the possibility of performing COVID-19 tests.

As for Apple Stores, we reported this morning that Apple was reopening its only retail store in South Korea following COVID-19 shutdowns. Apple Stores in the United States aren’t expected to reopen until May at the earliest, and Bloomberg reports that retail employees “are starting online training and ramping up virtual meetings in anticipation of store reopenings.”

Apple’s head of human resources and retail, Deirdre O’Brien, said the company is tweaking its vacation policy through the rest of the year to reimburse employees for unused days. She also said there would be flexibility for returning to work for employees in unique situations.

He said when he first joined Apple in 1998, the company responded to financial challenges with the release of the original iMac. He noted that Apple rolled out the first iPad in 2010, right after the Great Recession, and said that Apple’s plan is to come out of the COVID-19 pandemic in a similar fashion.