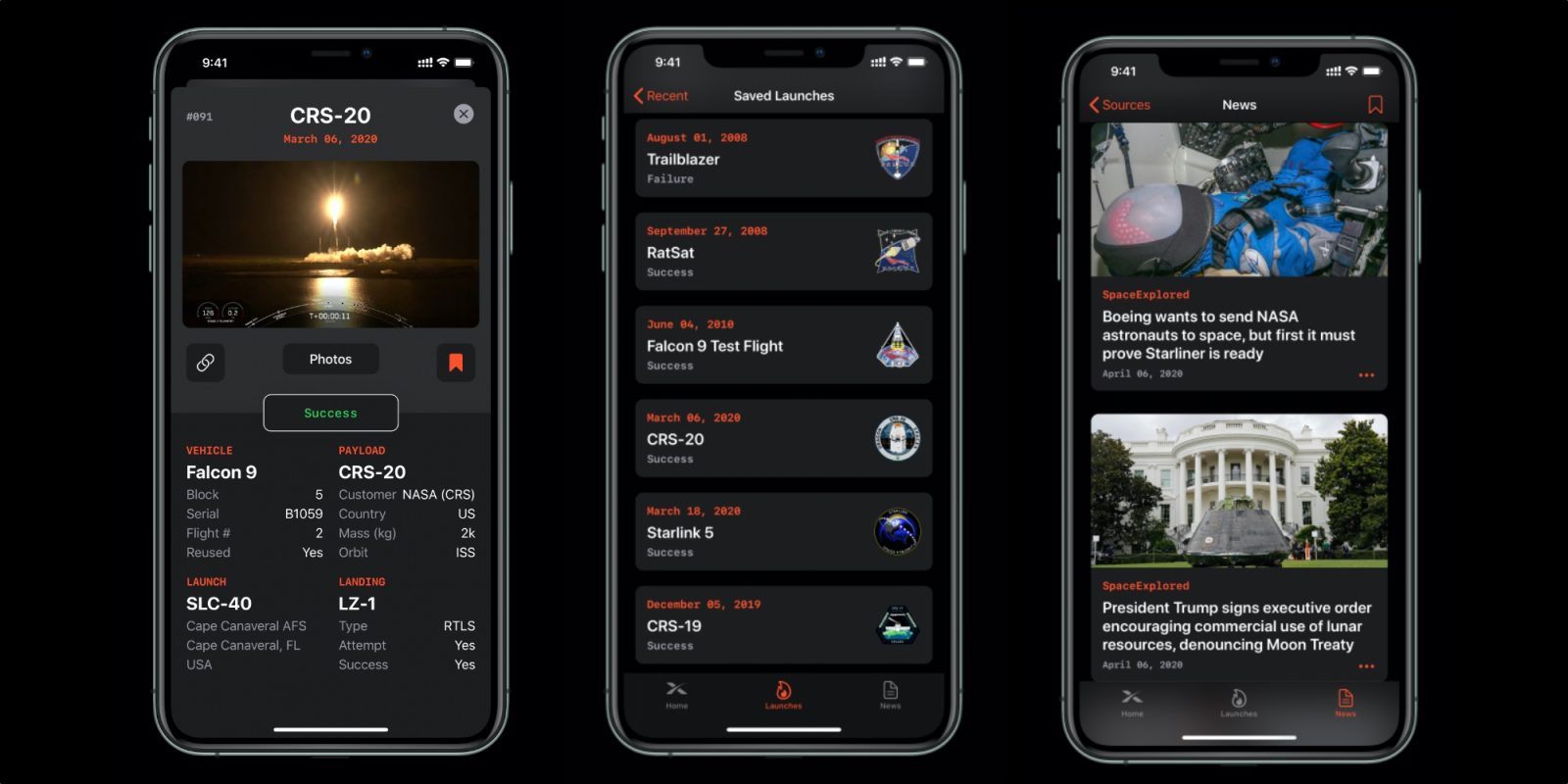 XLaunch is the latest SpaceX rocket launch tracking app to land on the iPhone this month. Where Pocket Rocket shines with model rockets using ARKit and personalized launch alerts, XLaunch is starting from a different launchpad for space enthusiasts.

Developer Travis Stanifer is releasing the app for free at launch with new paid features coming in the future. XLaunch also has a focus on delivering space news from a variety of sources inside the app.

Past and upcoming SpaceX launch schedules and mission details are the core of XLaunch. A bookmarking system lets you save rocket launches for fast access later. I’ve found this really useful for saving launches I’ve attended, or historic launches to watch in the app.

The interface can be personalized with a range of app icons and highlight colors too. The app’s news section, which includes my coverage at SpaceExplored.com, also features saving stories in a collection of saved articles.

I discovered XLaunch from a Reddit post by developer Travis Stanifer while the app was still in development before launching. Learn more from our discussion below, and check out XLaunch for iPhone for free on the App Store. 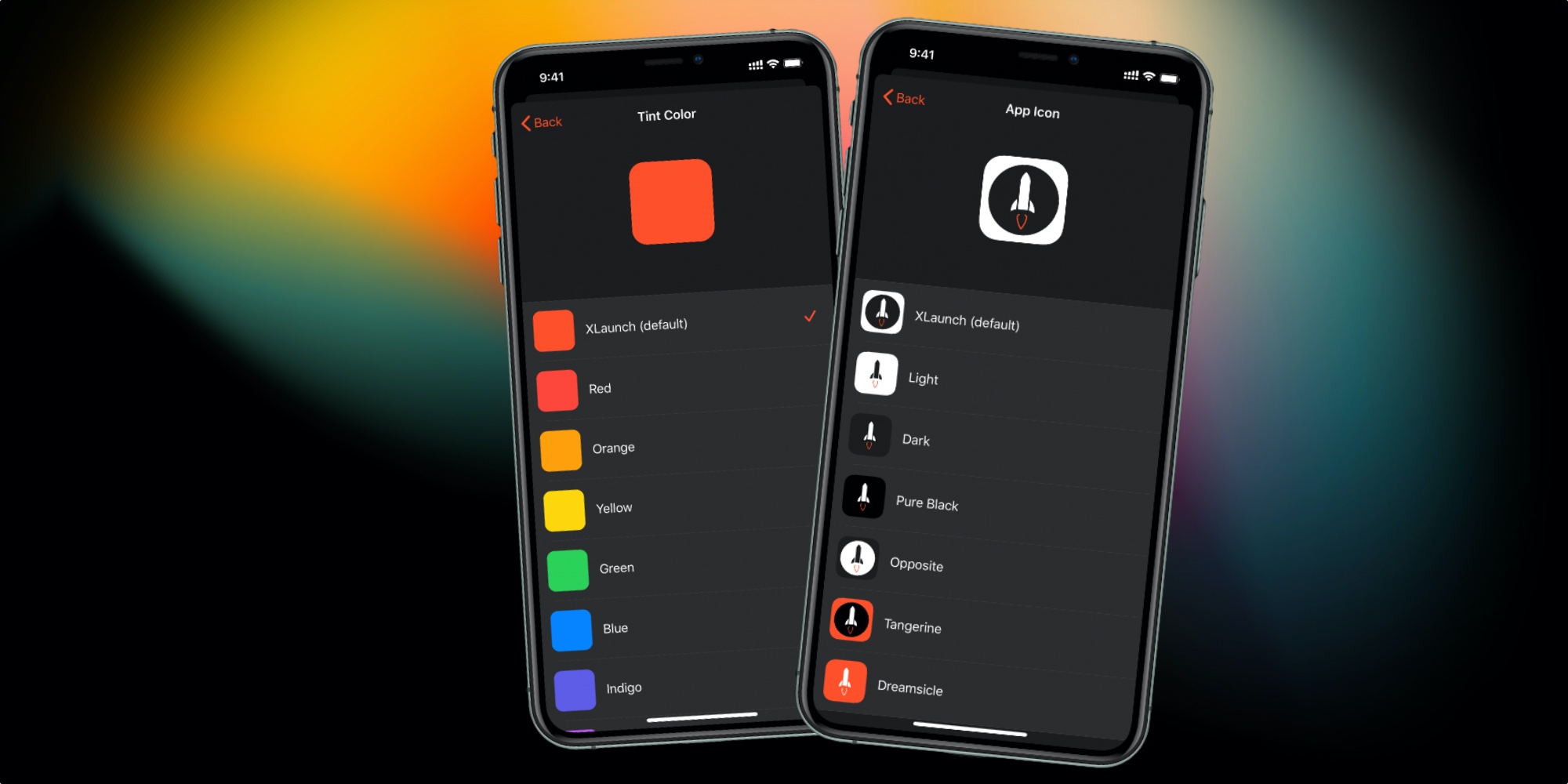 I’ve always loved tech but never really discovered programming until I was in college. Around that time was when all sorts of apps were just coming out, like Snapchat and Uber, and I remember just being amazed about how far tech has come and all the things our phones can do. I considered going into a computer science degree, but I ultimately followed my other passion and became a Physical Therapist. Last year I decided to fully commit to a career in software development, so I started teaching myself Swift in my free time and now I’ve just released my first app. It’s exciting!

Any other apps or projects?

I don’t have any concrete plans for another app at this time, but I have lots of half-finished projects that I may go back to and release. My focus will mainly be on XLaunch for now as there’s lots of improvements I still want to make, but I would love to get more apps out there.

Growing up I always loved NASA and anything space related. If you’re a space enthusiast, an engineer, a programmer, or really anything it’s hard not to be impressed and in awe of what SpaceX is doing. It really is amazing the things they have accomplished, so making an app about something I love was a no brainer and motivated me to make something that I would enjoy using myself to follow SpaceX.

Have you attended a launch?

Unfortunately I haven’t! It’s on my bucket list though. I actually had an impromptu trip to Orlando, FL the week before the second-ever launch of Falcon Heavy, but I wasn’t able to stay longer so I was a little sad that I missed it by only a few days. I did go to the Kennedy Space Center and check everything out though, including Launch Complex 39A where the launch was happening just a few days later which was super cool.

What’s your vision for the app?

I really want the app to be a go-to place for anything SpaceX. I follow r/SpaceX on reddit and the community there is so great. I want to bring a community feel like that to the app by bringing in some of the awesome content of r/SpaceX, as well as content from Twitter and other places to make it a little more lively and engaged. I’m planning iPad and Apple Watch support, as well as lots of other little improvements so stay tuned!