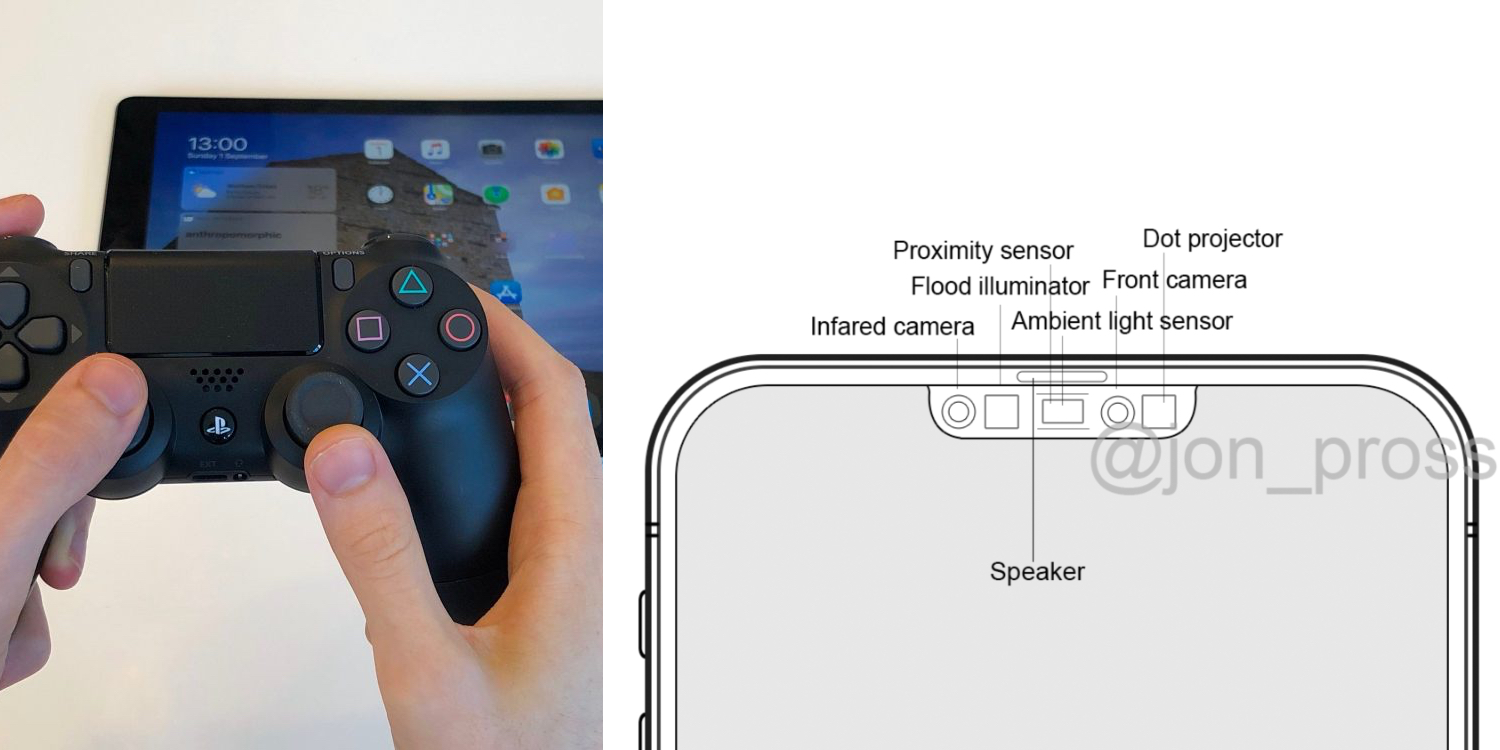 Rounding up a few leaks of forthcoming Apple products, the Twitter account @L0vetodream has shared various predictions about Apple products recently, with details on Apple’s March and April releases turning out to be spot on.

One interesting thing he said in March was that Apple is developing its own game controller, and that there will be a future iPad with a mini-LED display and Apple will use under-screen Touch ID to achieve the slim bezel design, rather than Face ID. He also predicted that Apple will remove the large earpiece receiver from future iPhones, something that can now be seen in the latest iPhone 12 schematics leaks (via Jon Prosser).

The smaller notch rumor has caught on in popularity in recent days, as the rumor mill hones in on the iPhone 12 final design. We are now expecting the high-end iPhone 12 models to feature dramatically slimmer bezels than current iPhones, and that includes a shrinking of the notch.

Jon Prosser shared what appear to be schematics drawings of the new notch design. The images show how Apple will reportedly compress the space between the sensors and cameras, and hoist the speaker and microphone out of the notch area completely. Instead, the speaker would sit above inline with the regular bezel rather than inset into the notch area. The end result would be a notch that is about half as wide as current iPhones.

Back in March, the @L0vetodream account shared a full breakdown of what it expects to see coming in the Apple product pipeline. Around the same time, he correctly reported on Apple’s iPhone SE and 2020 iPad Pro launches.

The list includes some products we already expected, like the four-device iPhone 12 lineup, updates to iMac and Apple TV, and release of Apple’s-long awaited UWB/bluetooth AirTags trackers. It also mentions the ‘HomePod Lite’, something Bloomberg recently reported on. Most interestingly, there are references to new ‘AirPods X’ and an iPad Air with mini-LED and under-screen Touch ID. Note that the account incorrectly named the iPhone SE as the iPhone 9, so perhaps it should not be trusted for branding decisions like the aforementioned ‘iPad Air’ attribution.

We have been hearing reports of Apple’s forthcoming mini-LED products for a while, but this is the first mention that the company is integrating biometrics into the iPad display. However, Ming-Chi Kuo has previously reported that Apple would launch an iPhone with under-screen Touch ID and Face ID in 2021.

The highly-anticipated ARM transition for Apple Mac line will apparently start with a revival of the 12-inch MacBook, at least according to this list.

this year or next year u will see it https://t.co/g6BmSfnDI1

Perhaps, most intriguingly, the semi-anonymous Twitter user has said that Apple is developing its own game controller and it will be ready to launch either this year or next. With iOS 13, Apple added support for PlayStation and Xbox controllers to complement the range of third-party MFI game controller accessories. It would be another step forward if Apple is working on its own. We have heard whispers that Apple is looking to push hard with Apple Arcade going forward, starting with big advancements to graphics power in the upcoming Apple TV refresh for instance, and a controller would be one more piece of that puzzle.

The @L0vetodream account teases that more leaks are coming soon, so we’ll keep you updated of interesting developments.