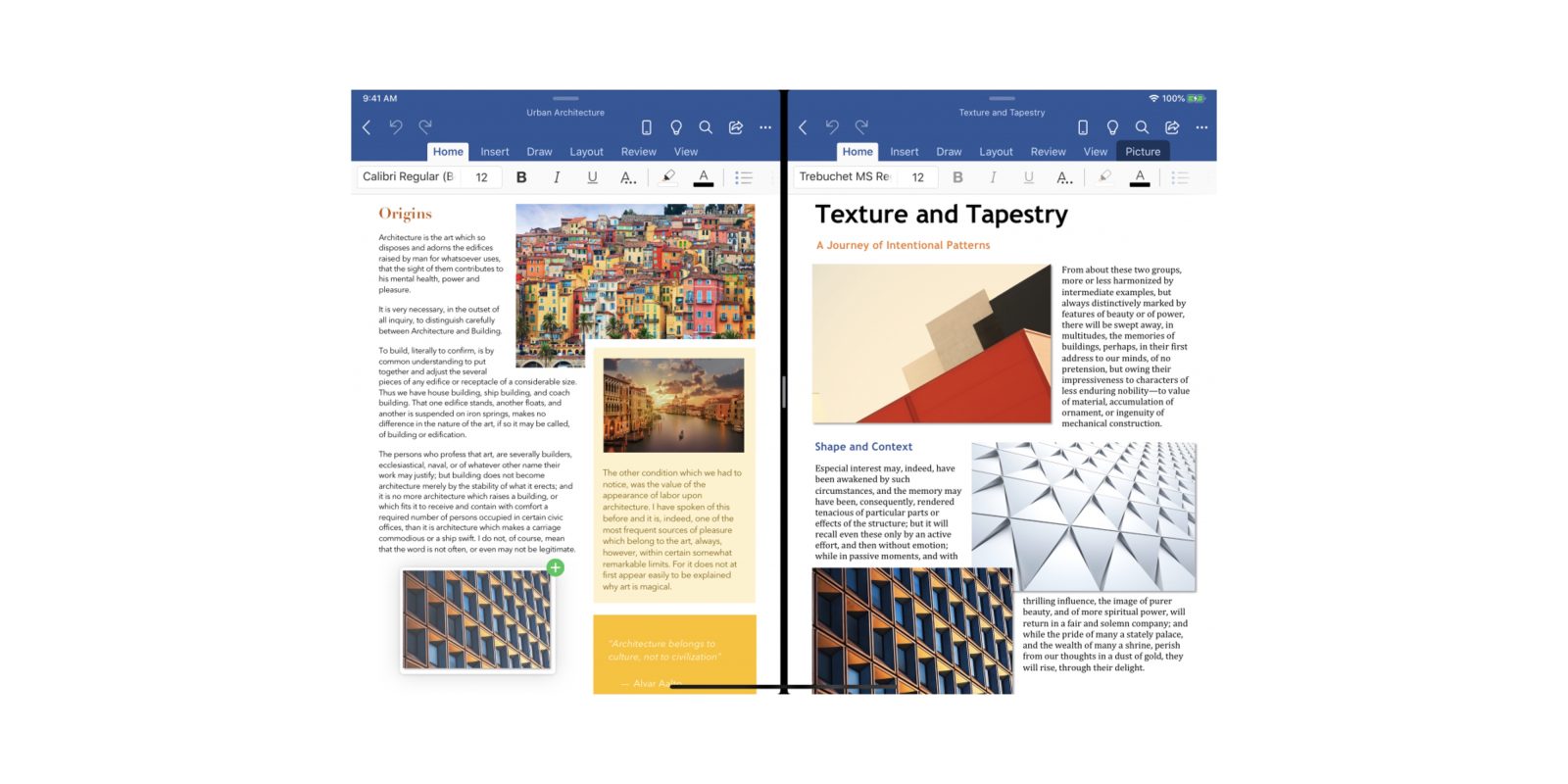 One of the most useful changes in iPadOS 13 last year was the ability to open multiple windows of the same application. Slowly but surely, more developers have added support for this feature to their applications, and now Microsoft is joining in as well.

Microsoft is now beta testing support for iPadOS multi-window in Word and PowerPoint for iPad. This allows you to open and work on two documents or presentations side-by-side. In a blog post, Microsoft highlights three different ways to access this feature:

And in case you forgot, Apple’s Craig Federighi actually demonstrated Microsoft Word multi-window support at WWDC 2019. It’s pretty incredible that it has almost a full year for the feature to become available.

The video below offers a closer look at the new Microsoft Office support for multi-window on iPad. What do you think of Microsoft’s implementation? Let us know down in the comments!