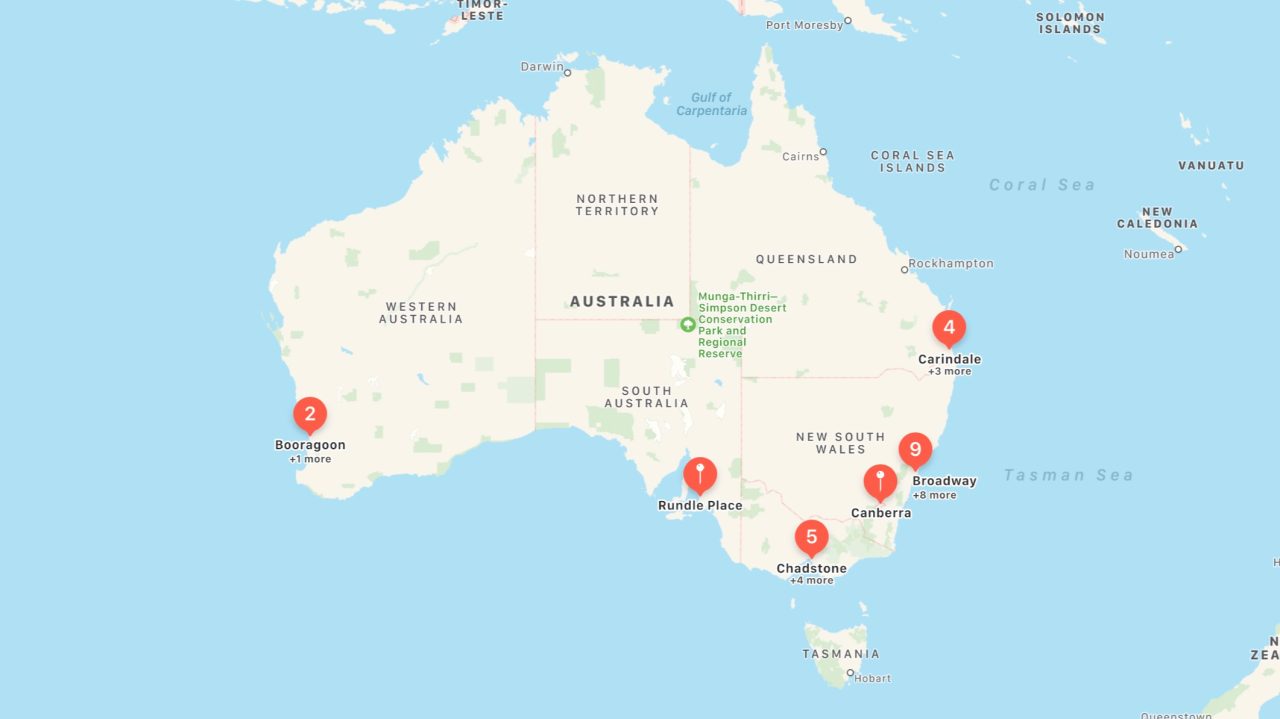 After closing the majority of its retail locations across the globe due to the coronavirus pandemic, Apple has cautiously begun to reopen select stores as local conditions permit. Following South Korea, Apple Stores in Australia and a single location in Austria are scheduled to reopen within 1-2 weeks, according to a statement by Tim Cook to Bloomberg.

Nearly all Apple Stores in Australia are located within enclosed shopping centers. Unlike in the U.S. and several other regions around the world, these malls have largely remained opened with reduced hours and enhanced safety precautions. Australia’s coronavirus outbreak has been relatively contained, and the country has flattened its curve over the past month. Austria, too, has seen a declining number of new coronavirus cases reported.

When Apple reopens, it will do so with safety measures similar to those proven successful in China and South Korea. Locations may offer reduced operating hours. Hand sanitizer will be available for customers. Social distancing will be encouraged, and health screenings may be mandatory at the door. Customers are encouraged to shop online if possible instead of browsing in-person. Today at Apple sessions will not resume for the foreseeable future.

What you need to know: 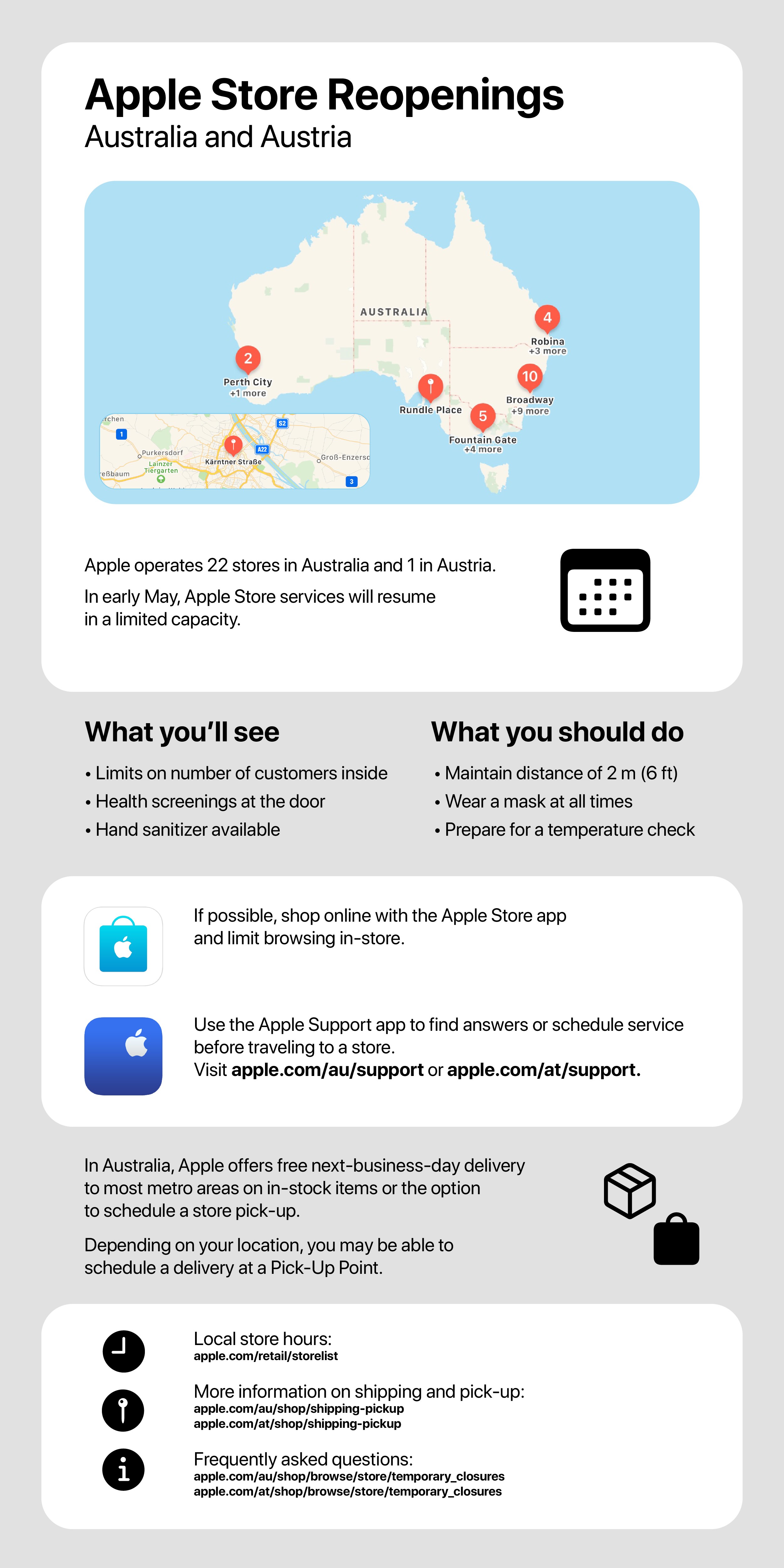 All of Apple’s stores in China, Thailand, and Macau have been open since mid-March after coronavirus precautions forced temporary closures earlier this year. Every store outside of Greater China closed beginning March 14. The indefinite closures began to lift beginning in South Korea on April 18 when Apple Garosugil reopened with extensive safety precautions and shortened hours.

According to a memo issued by Apple SVP of Retail + People Deirdre O’Brien in early April, some Apple Store locations in the U.S. were scheduled to reopen as early as May. That preliminary timeline appears to have shifted in light of new developments in the coronavirus pandemic and state-level reopening plans evolving on a daily basis. Cook noted that “just a few, not a large number” of stores in the U.S. will reopen in the first half of May. Cook also said that sales began to “pick up” in the second half of April.