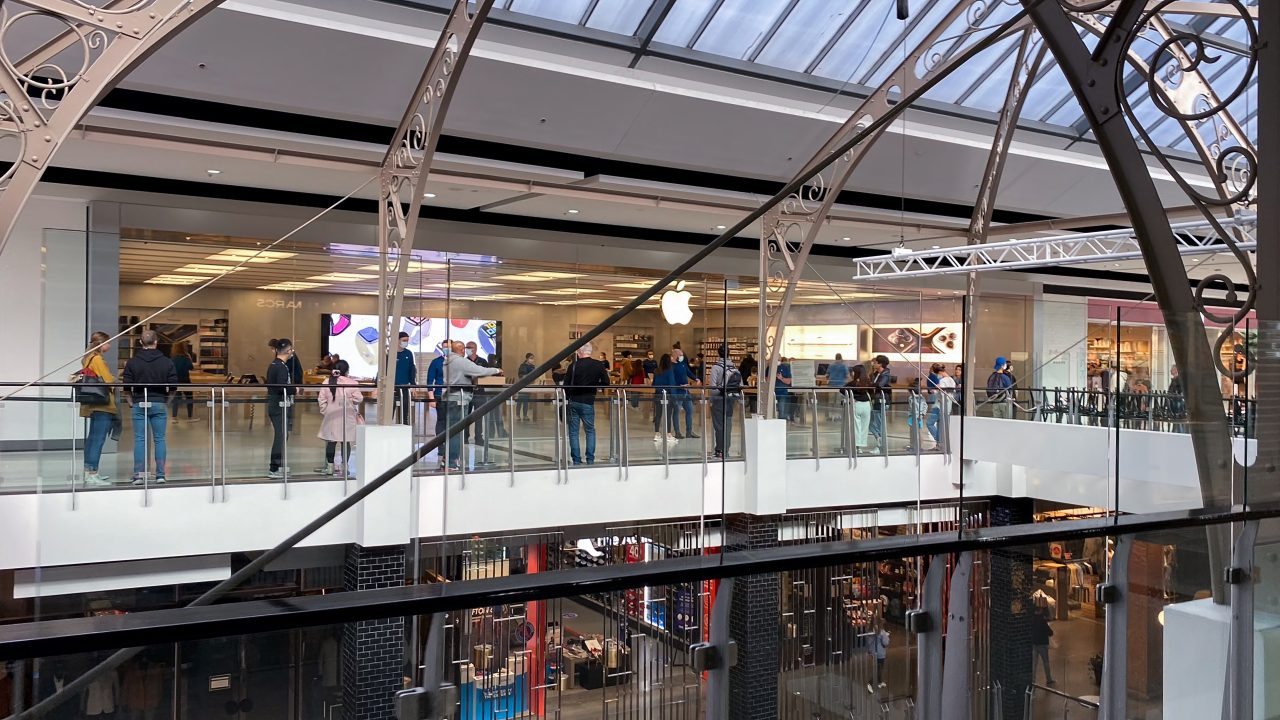 After nearly two months of closures, all but one of Apple’s retail stores in Australia have reopened. The country’s coronavirus mitigation strategy has so far proved successful, allowing it to be among the first regions where Apple feels confident to welcome customers back inside and store teams back to work. Apple Stores in a world warped by the coronavirus look and operate differently, but it’s all in the name of safety.

With 21 of 22 locations in Australia open, there are now 75 Apple Stores open around the world. It’s a far cry from the 510 stores Apple normally operates, but the path back to some sense of normalcy is within sight. Store reopenings began in China, where Apple established a set of guidelines virtually overnight that have been time-tested since February. A lucky few stores in Greater China never needed to cease operation.

Prior to today, reopenings outside of China occurred on a very small scale. South Korea’s only Apple Store reopened on April 18. Austria’s lone location sprang back to life on May 5. Masks have been a staple of public spaces in China for years, but a cultural shift is still underway elsewhere. Australia marks the first large-scale test of Apple’s reopening strategy in a world struggling to come to terms with a new normal.

At Apple Broadway, an upper-level mall location on the outskirts of Sydney, customers waited in a line winding past adjacent storefronts due to the 2-meter gap between each body. Retail staff handed out masks at the door and checked each customer with a contactless thermometer. Appointments for AirPods service were booked through next Tuesday as the store temporarily operates with a reduced number of team members. iPhone appointments were backed up until Thursday.

Video from Apple Chadstone near Melbourne shows a Today at Apple Forum idle and seating generously spaced apart. Half of the store’s doors are kept closed to limit customer flow. The precautions are consistent with other reopened locations around the world. 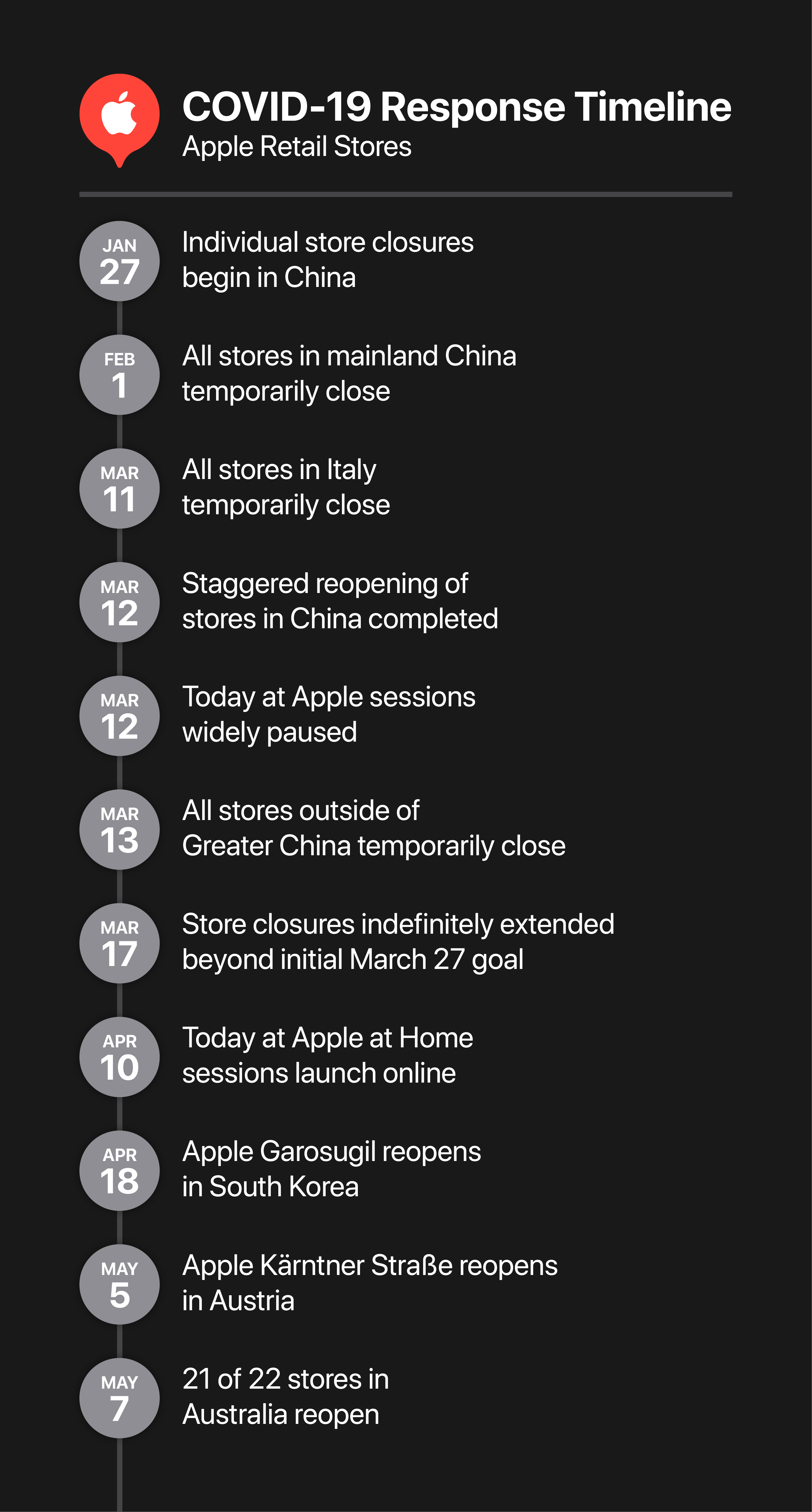 Consistency will be key to sustaining further reopenings worldwide and to set a smart precedent for other retailers who look to Apple as a leader. Responsibility falls on the shoulders of customers, too, who must do their part to maintain physical distancing and empathize with the new meaning of “open.” An easel outside of every reopened Apple Store gently eases shoppers toward the Apple Store and Apple Support apps for free, no-contact delivery and remote support.

Customers lining up for temperature checks for the reopening of Apple Robina. @7NewsBrisbane @7NewsGoldCoast pic.twitter.com/Xaru3SYfIG

And the doors are open! Signs of retail life at Rundle Mall as customers again peruse the shelves at Apple. @9NewsAdel pic.twitter.com/gUUsEjwnKm