I love iCloud Drive, and I’ve been using it as my primary file storage method for a couple of years at this point. It took off for me once Apple debuted the Files app in iOS 11. Once Apple added the ability to sync the desktop and documents folder in macOS Sierra, I had true files happiness. Even without folder sharing (which is finally available), I had been using iCloud Drive for 99% of my file sync needs. The only thing I am not using is the legacy shared folders I have in Dropbox. My biggest complaint about iCloud Drive is that the deleted file restoration pales in comparison to Dropbox.

There have been numerous occasions where I’ve deleted a file from somewhere in iCloud, and it’s nowhere to be found in the two locations on iCloud.com, where deleted files are supposed to exist. This problem has happened to me more than once, so I know it’s not a user error or a temporary glitch. Thankfully, I had backup copies in Time Machine, but what’s the point of iCloud Drive’s restore functionality if it doesn’t work?

It should include version history

One of the excellent features of Time Machine is the ability to restore different versions of a file. Why isn’t this feature built into iCloud Drive? Every time I save a document that is stored in iCloud, a new version of that is uploaded. Why aren’t these revisions available to me through ‘Time Machine’ in the cloud? Especially on iPhone and iPad, this feature would be beneficial as it doesn’t have the option to be paired to an external hard drive with Time Machine. 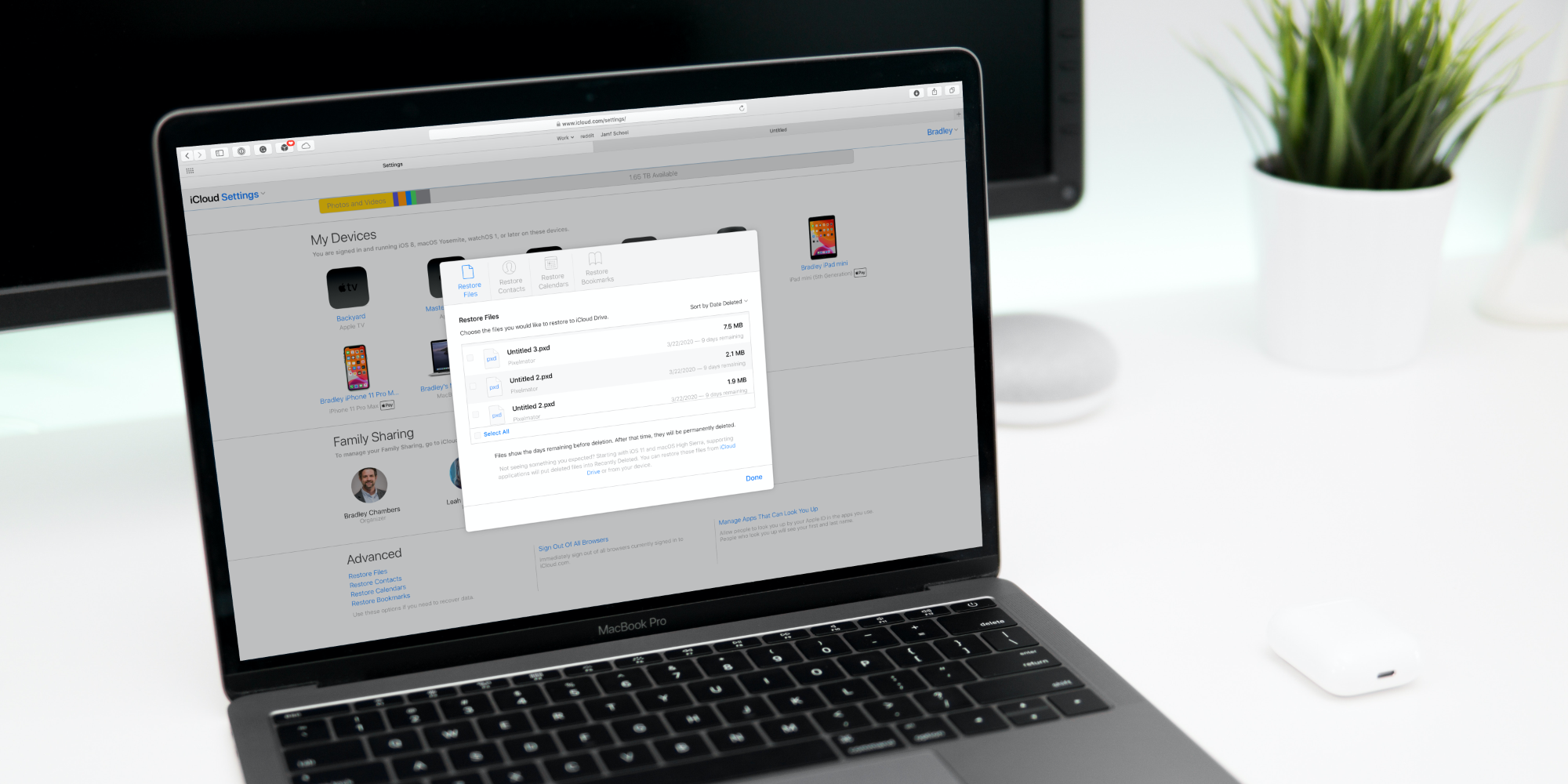 The process of restoring a file from iCloud.com is clunky at best. It usually takes a minute or so for the spinner to attempt to show anything. Why is the iCloud website involved here at all? Why isn’t this functionality built right into the macOS Finder? It could even be renamed Time Machine in the Cloud for end-users. There could be a cloud icon in the Finder window that would allow you to view and restore cloud revisions/deletions.

I know some of these things seem simple, but users have to trust their file syncing solution. As good as iCloud Drive is, recovering a deleted file is one of the most convoluted tasks using iCloud Drive. It should look a lot like recovering a file on Time Machine, should include version history, and be natively integrated into macOS, iOS, and iPadOS.