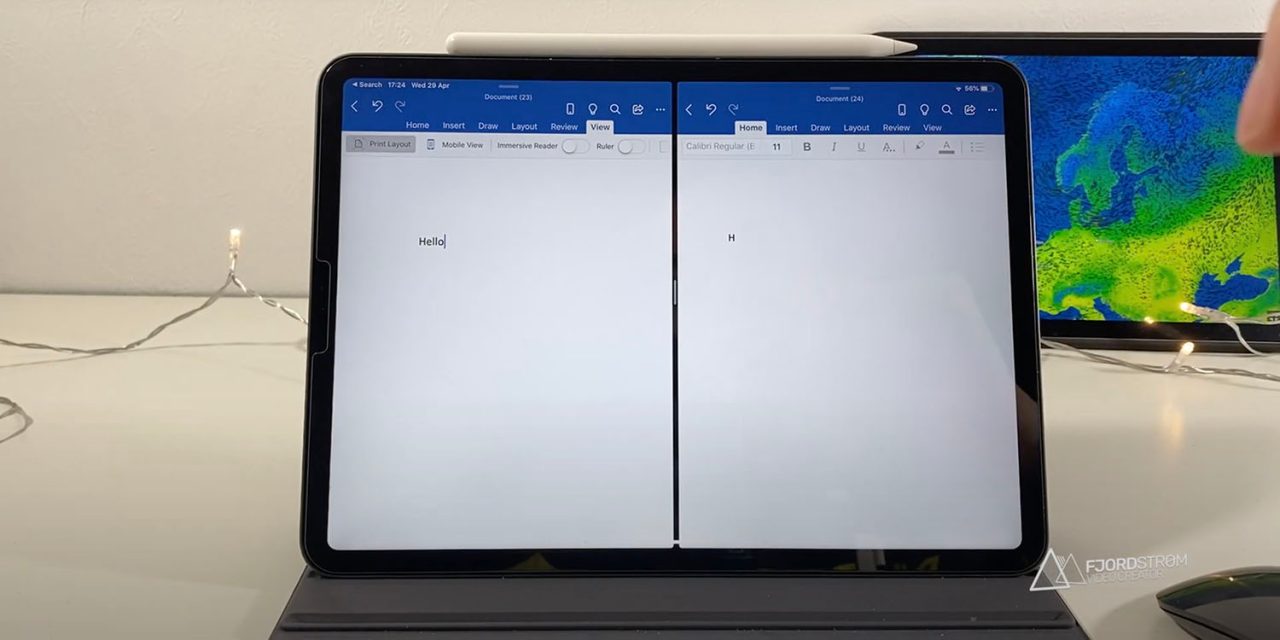 Office for iPad Split View has finally arrived almost a full year after it was first demonstrated at WWDC 2019. You can now open two different Word or Powerpoint documents side-by-side in the app. Sadly, the functionality does not extend to Excel.

Users previously had to rely on clunky workarounds, like opening one of the documents in Pages or in a web view …

Reader Nelson EHus drew our attention to it.

Microsoft Office just updated Word, Excel, PowerPoint for iPad. Now, Word can open 2 windows simultaneously like demo in WWDC 2019. However, there is still no trackpad support on those apps.

We learned over the weekend that Microsoft plans to offer full trackpad support by the fall.

Microsoft does not appear to have any immediate plans to roll out iPadOS cursor support to its Office suite of applications. TechCrunch reports that Microsoft’s implementation is “expected to ship in Office for iPad this fall.” In its own report, The Verge adds that “Microsoft is planning to include cursor support by the fall.”

This seems to imply that Microsoft is working on the feature with the goal of releasing it before this fall. That timeline leaves quite a bit of wiggle room; maybe we’ll see the feature roll out tomorrow, or maybe not until September.

Microsoft began the beta test of the Office for iPad Split View feature at the end of last month. The speed with which the feature has gone live suggests that it was both popular and trouble-free.

We explained then how to use it.

Check out the video below for a demo.