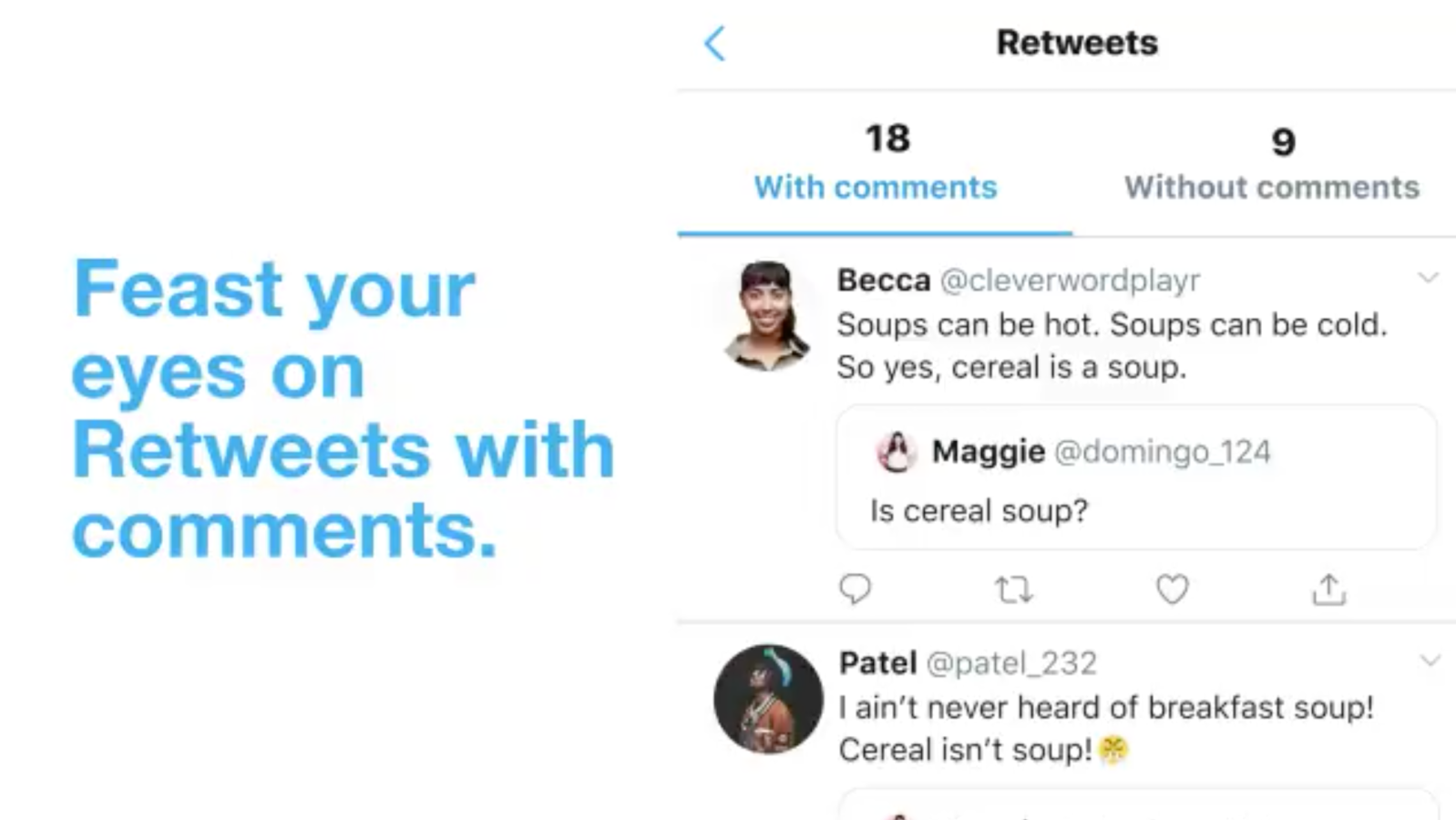 Twitter is rolling out a small but very useful change to its iOS app. Starting today, Twitter users can now see “Retweets with comments” in one place.

Prior to today’s update, “Retweets with comments” were buried alongside other replies to a tweet. Now, when you tap the “Retweets” option on your tweet, you’ll be able to separate generic retweets from those with comments.

The goal here is simply for it to be easier for users to find quote retweets of their tweets. Twitter started testing this change with a small set of users last month, but it’s now rolling out to everyone. The Verge detailed the need for this feature when testing started:

The new interface for viewing quote retweets is rolling out now. If you don’t see the feature in your Twitter app yet, make sure you’re on the latest version of the app and keep checking throughout the week. The feature is also rolling out to Twitter for Mac.

Now on iOS, you can see Retweets with comments all in one place. pic.twitter.com/oanjZfzC6y