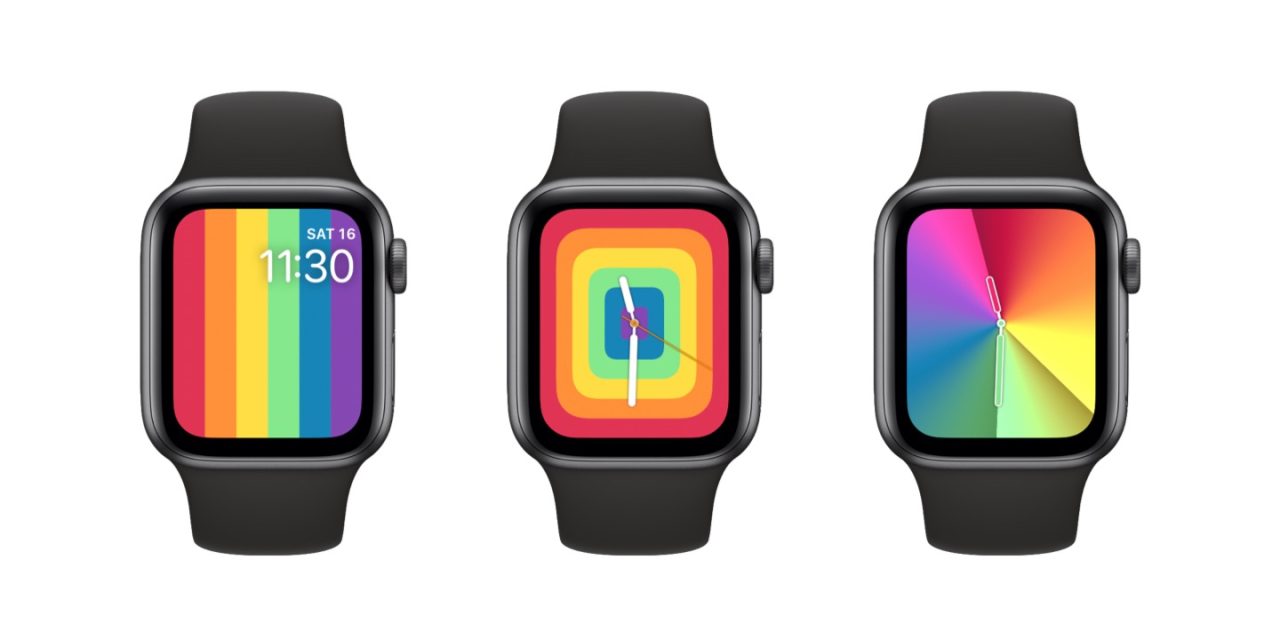 Update: The rainbow treatment is also available for Numerals Mono, Numerals Duo and California. Image after the jump.

In this week’s release of watchOS 6.2.5 developer beta 5, Apple has snuck in a couple new watch faces — just in time for the worldwide (at home) Pride celebrations of the year.

The new watch faces come in the form of customization options for the existing Pride Digital, Pride Analog, and Gradient faces. There are new 2020 modes for the Pride faces, which feature a more pastel color palette than previous years, and a brand new rainbow option for the Gradient spectrum.

The Pride Watch tradition began with Apple announcing the first Pride face during the 2018 WWDC keynote. About this time last year, Apple added a new ‘2019’ style with revamped animations and an entirely new Pride Analog face.

The 2020 update is not as drastic as last year’s overhaul, relying on the same basic layouts and dynamism but with a new set of colors. The 2020 red, orange, yellow, green, blue and purple take on slightly less vibrant shades when compared side-by-side to last year. You can tap on the faces to disturb the layout and see a vibrating animation that will increase in intensity if you tap repeatedly. On the analog face, each wrist raise randomizes the order of the concentric rectangles of color.

Whereas 2018 and 2019 styles were individual stripes, the 2020 face takes a seamless approach. For instance, the pinstripe appearance of 2019 matched the accompanying Sport Loop bands. We don’t know yet if Apple is planning to launch matching Pride watch bands for 2020.

The other new face option found in this latest beta is a new Rainbow color mode for the Gradient face. The color spectrum is distributed evenly around the dial, It is actually reusing the same rainbow colors as seen in 2020 Pride, so it could be considered as another instalment in the Pride series but the Watch does not give it Pride branding. Like other Gradient faces, you can optionally remove the splits for the second and hour hands and the face can be used in full-screen or circular layouts. 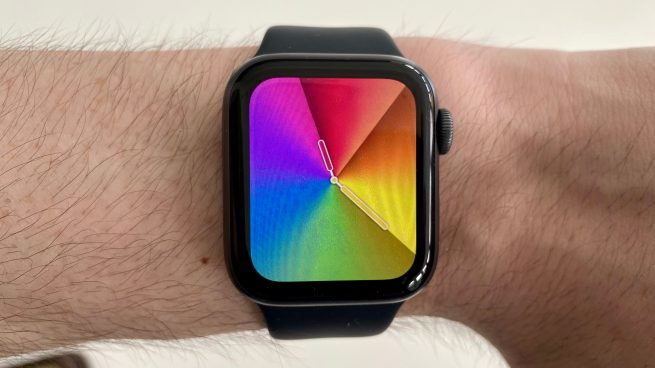 This one is my personal favorite of the bunch.

Update: You can also select rainbow colors for the Numerals Mono, Numerals Duo and the California face. On California, the background is black but the indices are lit up with the rainbow effect. 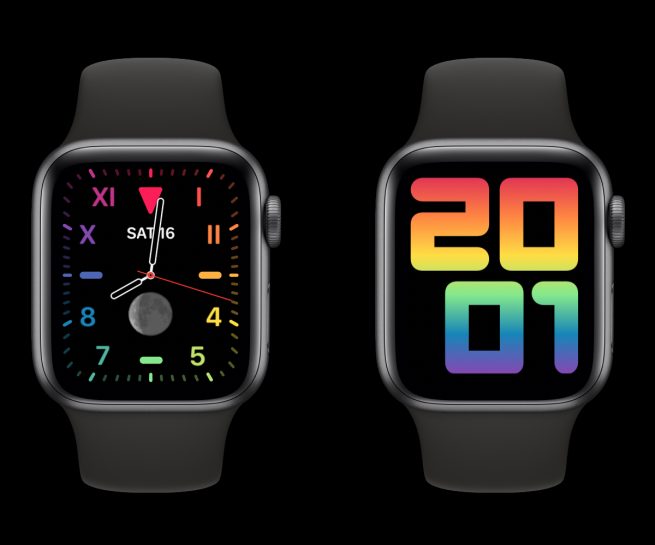 These faces are so new that corresponding settings in the Watch app on iPhone are missing. Expect that to be rectified as iOS 13.5 and watchOS 6.2.5 graduate from developer beta to publicly release. iOS 13.5 includes features like the new Exposure Notification API, which Apple promised to release within the month of May.