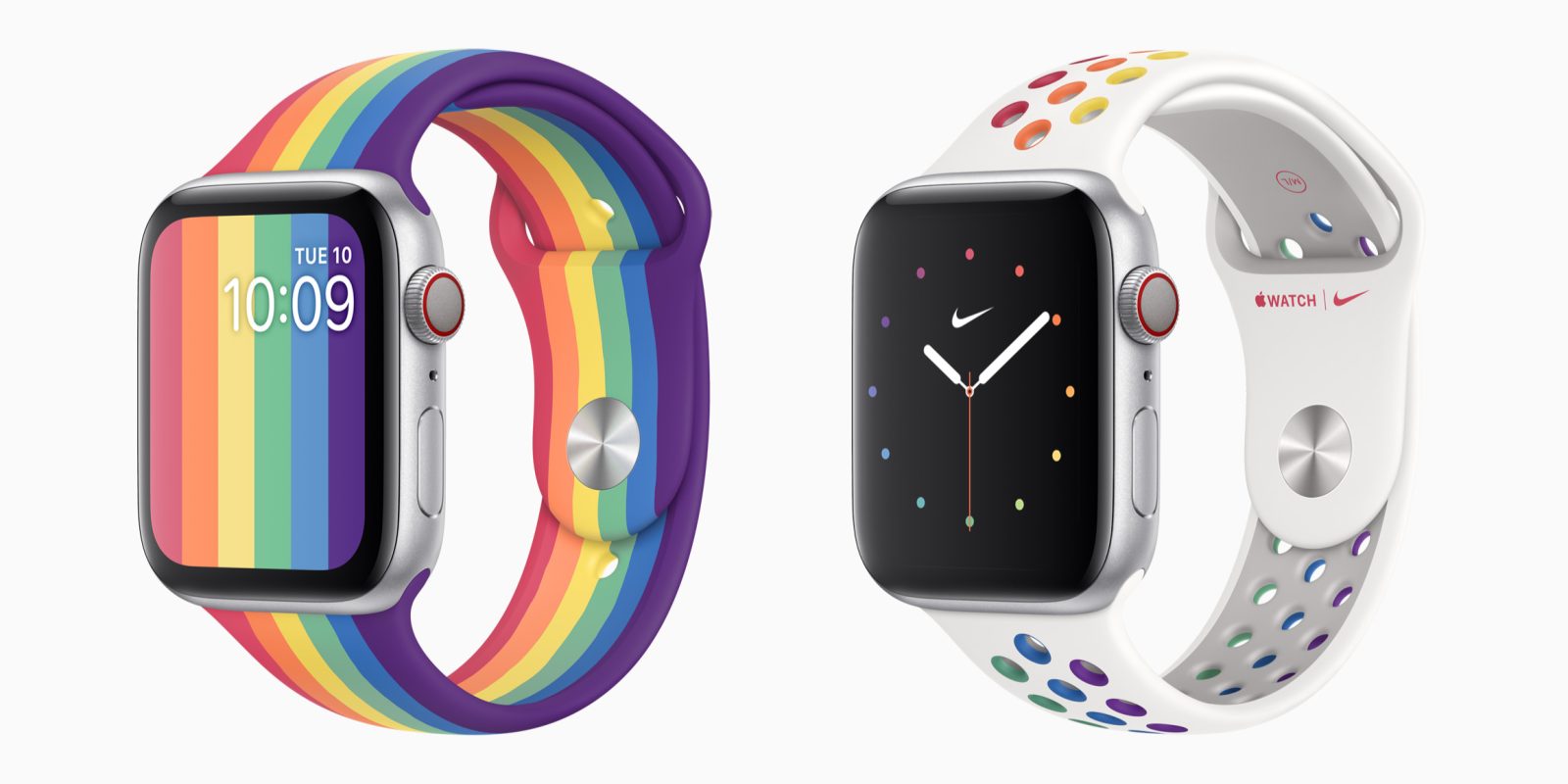 Apple today released its new Apple Watch Sport Band for 2020 Pride, along with a matching band from Nike. Apple has released special Pride bands for the last couple of years, but this is the first time Nike has also joined in with the celebrations.

The new bands are available to order today from the Apple Store. The bands match new watch faces coming in watchOS 6.2.5, which we reported over the weekend.

Apple announced the new watch bands as part of a press release that highlights how this year’s LGBTQ Pride month has had to change in the light of the global coronavirus pandemic.

In normal years, communities celebrate Pride with festivals and parades. In fact, the first Apple Watch Pride band was gifted to Apple employees in 2016 as part of Apple’s official Pride March. At least for this year, events are instead taking place over the Internet.

The new bands will look great when paired with the new software watch faces which will be released as part of watchOS 6.2.5. Apple is adding a 2020 variant of the Pride face to continue the design of the Pride Sport Band onto the Watch’s display. There are also new rainbow color options for several faces, including the exclusive Nike faces.

The Pride Edition Sport Band is assembled by hand from individual strips of colored fluoroelastomer. The strips are then machine die-cut and compression molded together. This process results in subtle variations in the wavy rainbow design, making each band artfully unique.