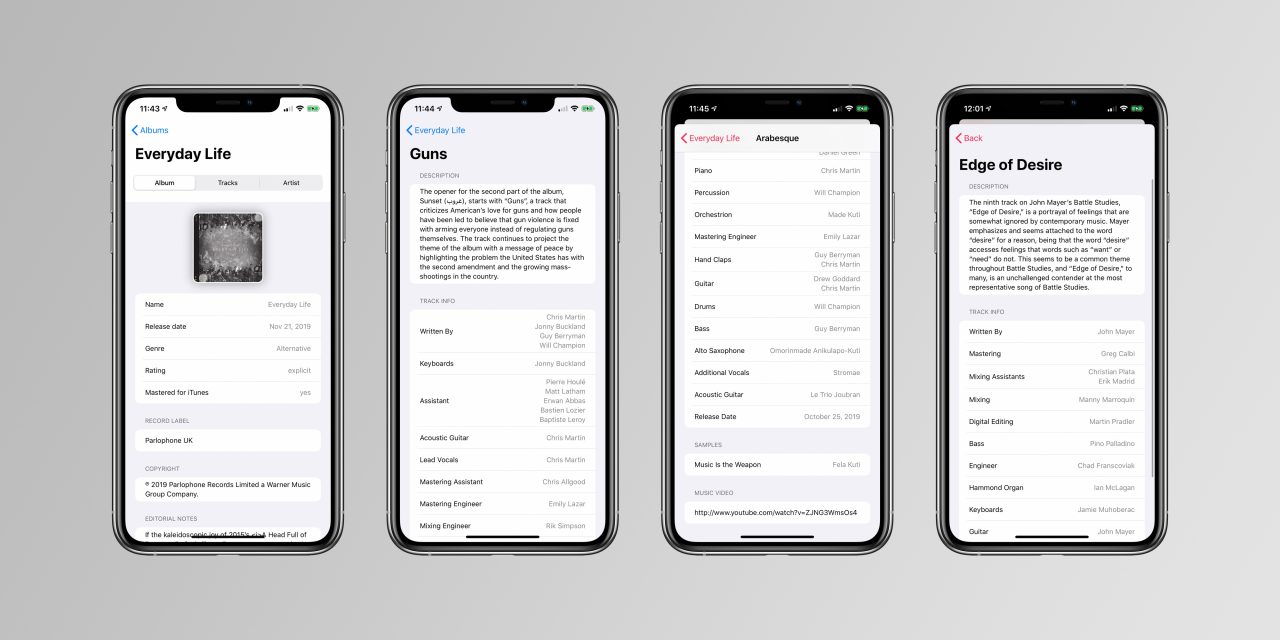 If there’s one thing missing from digital music services like Apple Music, it’s the ability to quickly learn more about a song or album without leaving the Music app. With physical media, these sort of details were relatively easy to find via liner notes and cover booklets, but the information has never been integrated well into the Apple Music service.

MusicSmart is a new application for iOS from the Marcos Antonio Tanaka, the developer of the popular MusicHarbor app that tracks release dates for new music, concerts, and video. MusicSmart likewise focuses on enhancing the Apple Music experience, but this time with an emphasis on credits (via MacStories). 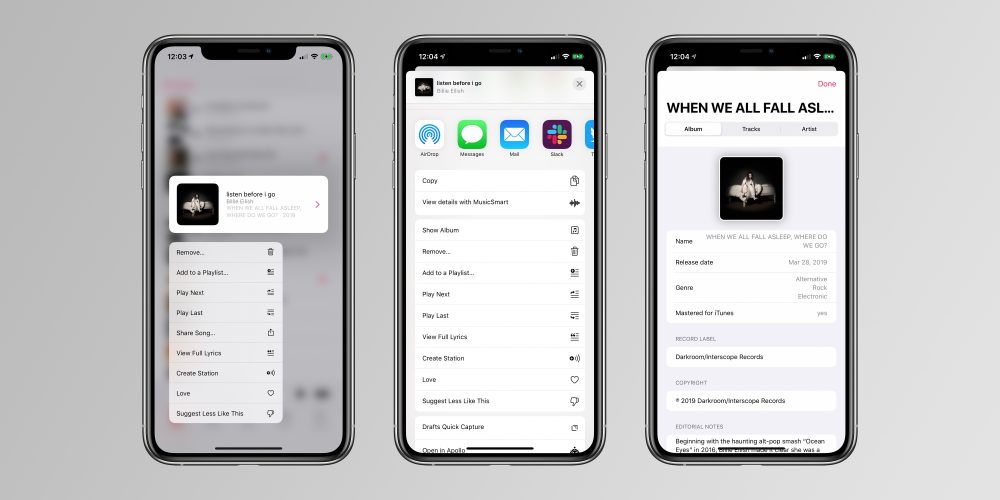 MusicSmart shows virtually everything you’d ever want to know about a song or album, including high-res artwork, samples, engineers, mastering details, studio information, and much more. It truly is a digital replacement for the liner notes we used to find in physical media. In his full MacStories review, Federico Viticci explains the joy this brings:

Here’s the amazing part – the “aha” moment that brought back the same feelings I had as a kid when reading through liner notes: in the Tracks section, you can tap any of the listed songs to view detailed credits for the selected song. These go beyond the standard “written by” credits you see in Apple Music: MusicSmart lists engineers (including mixing, mastering, and assistant engineers), producers, and even the name of the label and studio where the song was mastered.

But there’s more: MusicSmart can show you the names of all the artists credited for the creation of a song even if they’re not core members of a band, including backing vocalists, percussionists, keyboard players, saxophonists – you name it.

There are infinite possibilities for MusicSmart and how it can integrate into my use of Apple Music. Every time I add a new song or album to my library, I anticipate that I’ll use MusicSmart to learn more about it. Even just today, I was curious about the sample used in the Coldplay song “Arabesque,” and MusicSmart made it easy to find the details.

MusicSmart is available on the App Store as a one-time purchase of $1.99. The full review at MacStories is also well worth a read. As Viticci says in his review, it’s comforting to know “someone else still cares about credits and wanted to write an app for them.”