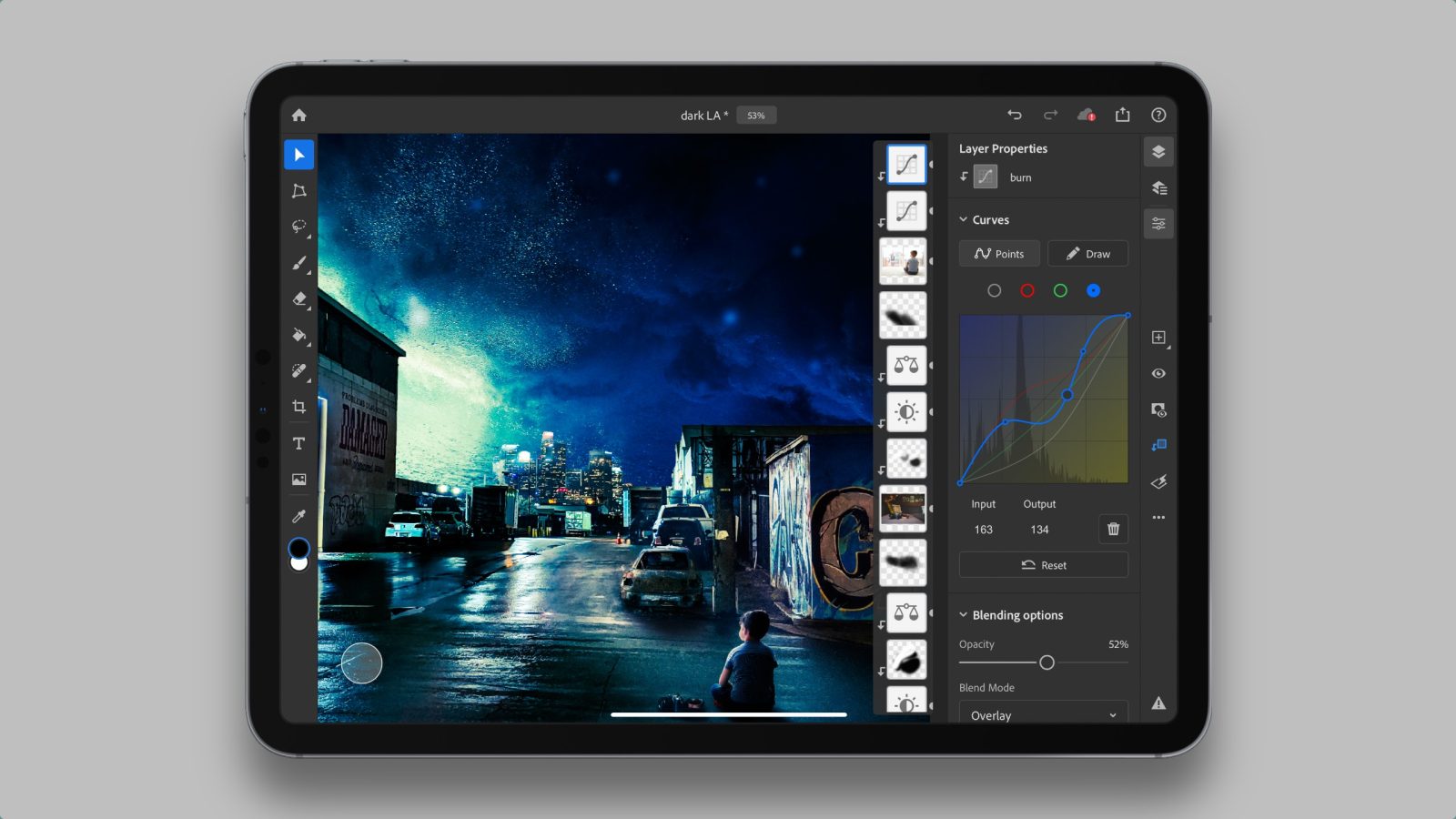 Adobe updated several of its Creative Cloud apps on iPadOS and macOS today, bringing highly requested features to iPad users and powerful tools for pros on the desktop. The new releases of Adobe Fresco, Photoshop on iPad, and all Creative Cloud video and audio apps are rolling out today.

Since Photoshop on iPad was released in November 2019, Adobe has promised a steady march of new features and workflow improvements to bring its functionality in line with what classic Photoshop customers have come to expect. One of the notably absent core features has been support for editing with Curves — until today.

Curves in Photoshop on iPad allows you to adjust color and tone in a non-destructible way. The interface will be familiar to desktop Photoshop users, but lacks numerical inputs and the eyedropper tool on its first release. Adobe says it will add these features in an upcoming release. Apple Pencil pressure sensitivity settings have also been added.

You can learn more about everything new in Photoshop on iPad at Adobe’s blog post and download the app here. 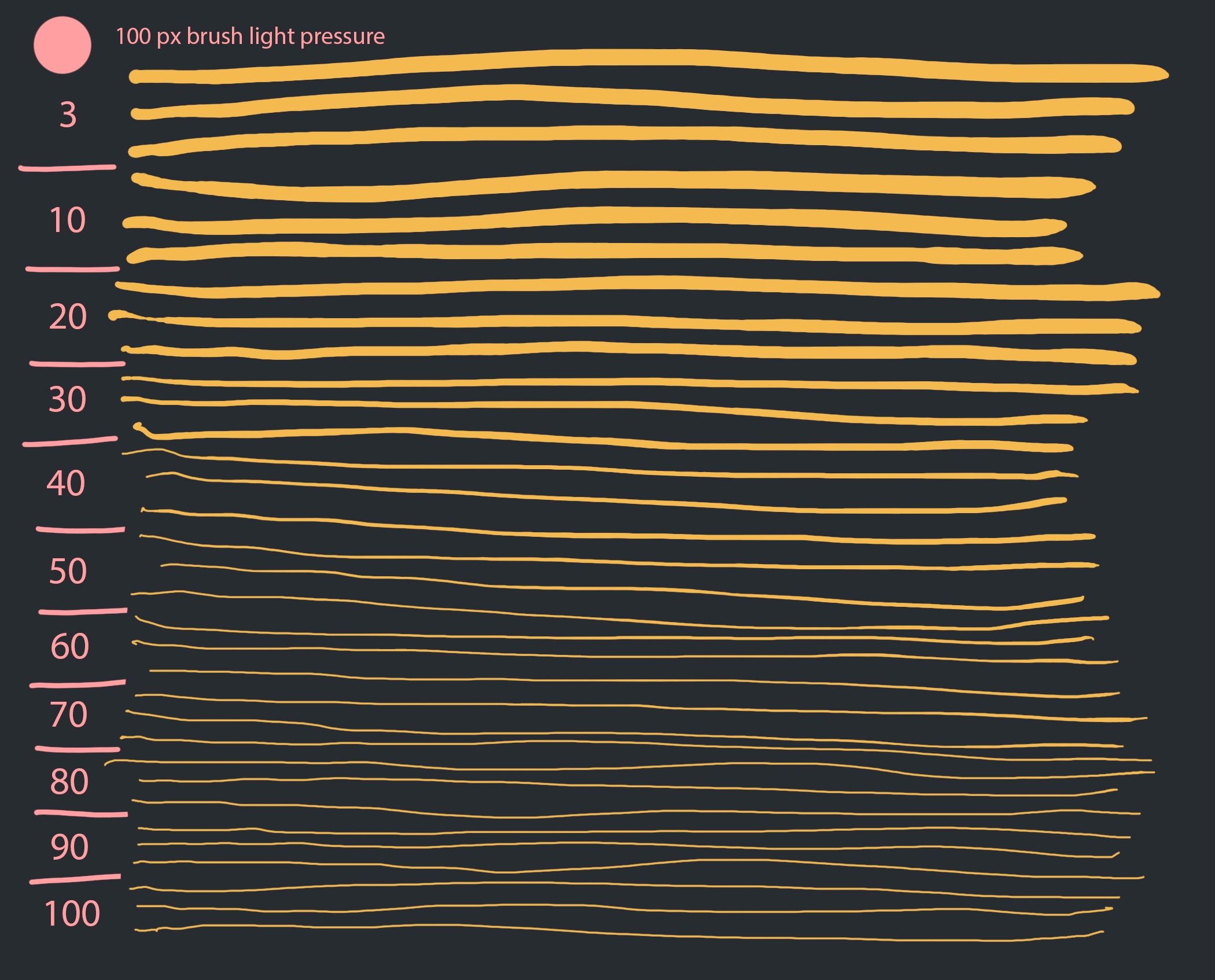 Pressure sensitivity in Photoshop on iPad.

Fresco is Adobe’s dedicated drawing and painting tool for iPad customers. In our initial review, we called Fresco “easily the most realistic painting tool built for the iPad.” The app has received considerable attention from Adobe since release and is adding a bevy of new features today including a unique multicolor eyedropper.

Fresco’s multicolor eyedropper samples a swatch of adjacent color that can be used with Live brushes and most Pixel brushes. The tool makes it easy to create color patterns with natural variation and rich texture within seconds.

Also new is Vector Trim, the first in what Adobe promises will be a set of trim tools in Fresco. The feature is a simple way to remove strokes that cross, connect, or intersect. Adobe Draw’s Capture Shapes tool has also migrated to Fresco in vector and raster form. 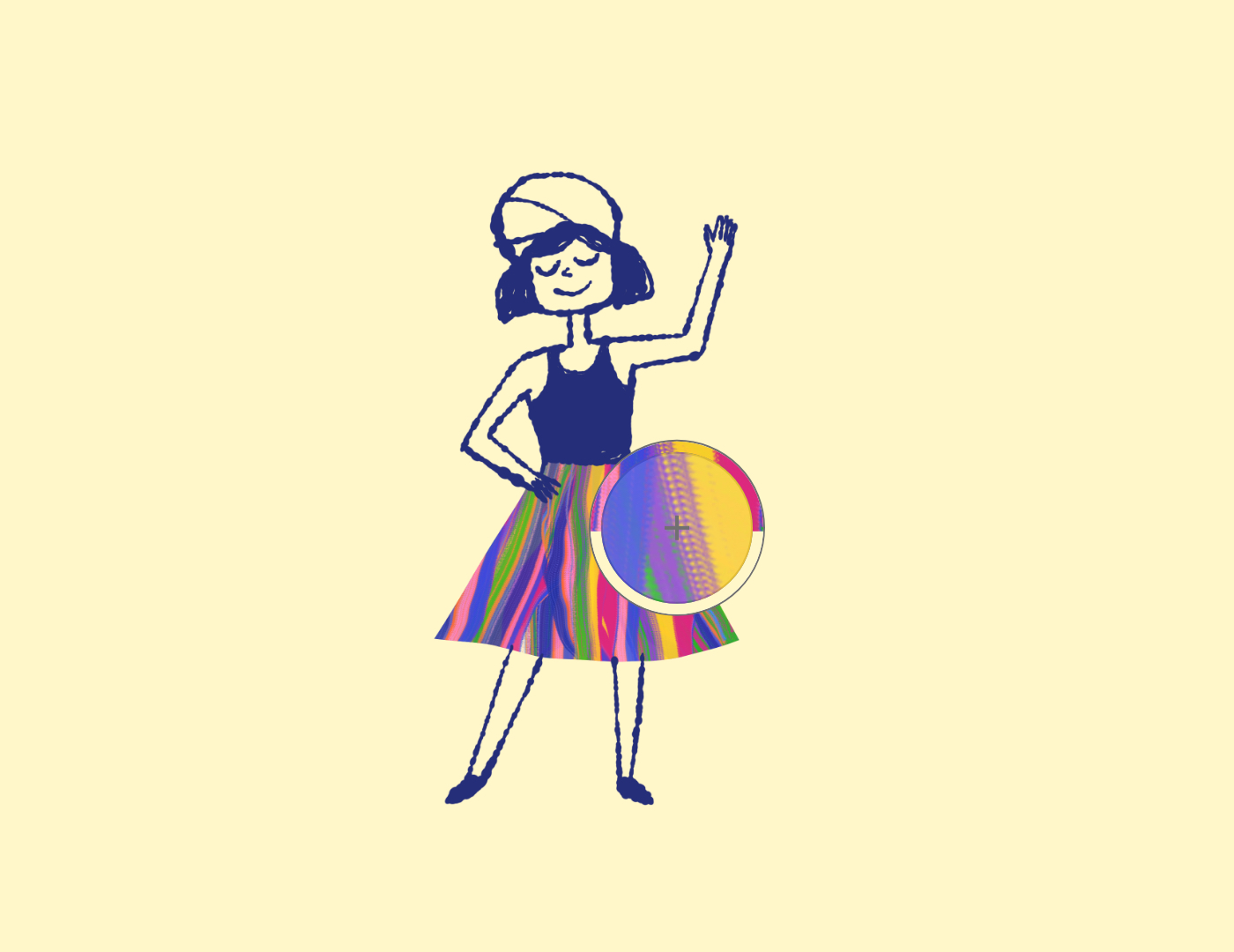 You can learn more about everything new in Fresco at Adobe’s blog post and download the app here. 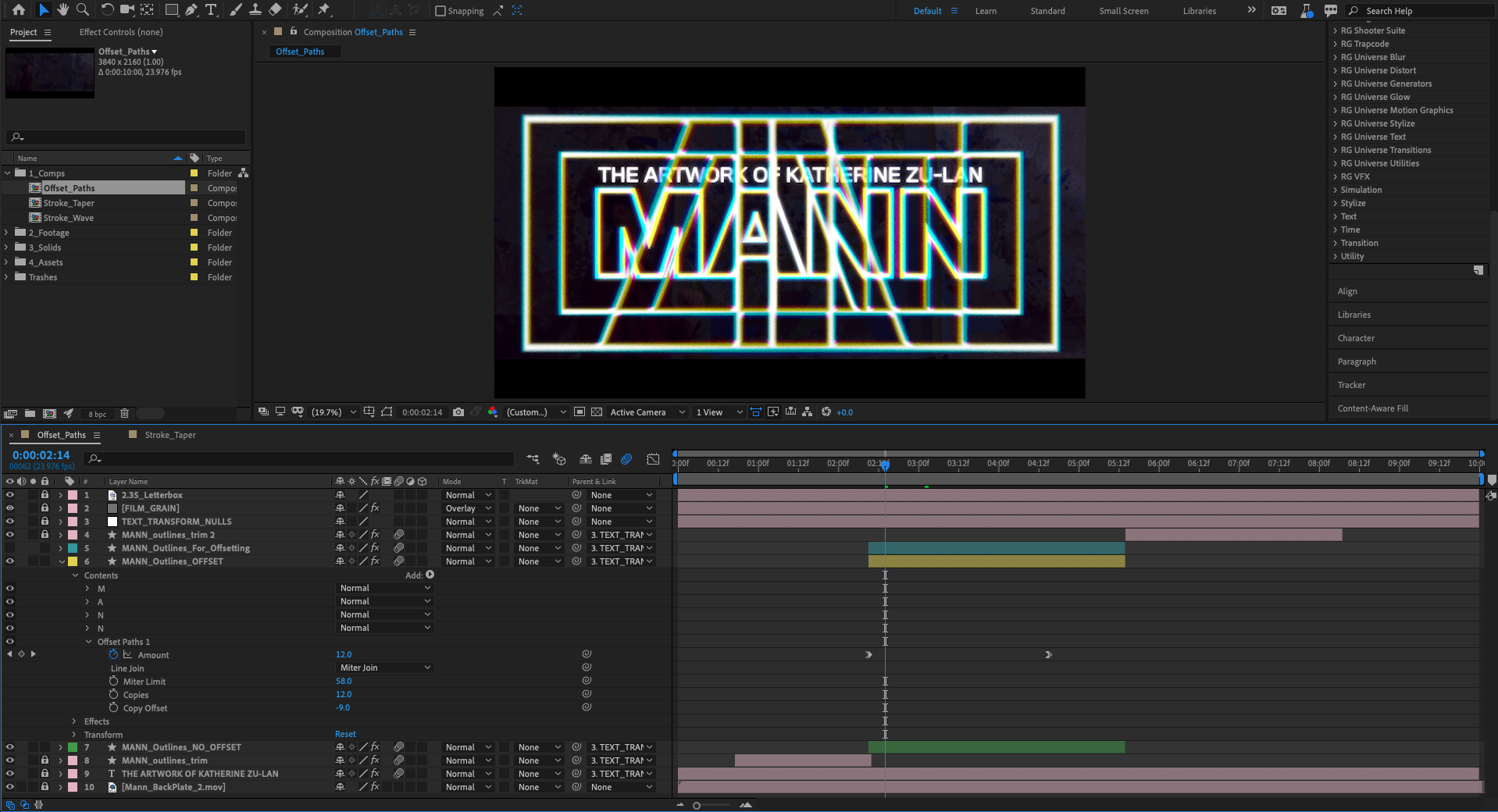 Adobe has also updated Premiere Pro, After Effects, Audition, Character Animator, and Premiere Rush today. The company says it is shifting to a more frequent release schedule for future updates.

You can learn more about everything new in Creative Cloud Video Apps at Adobe’s blog post.