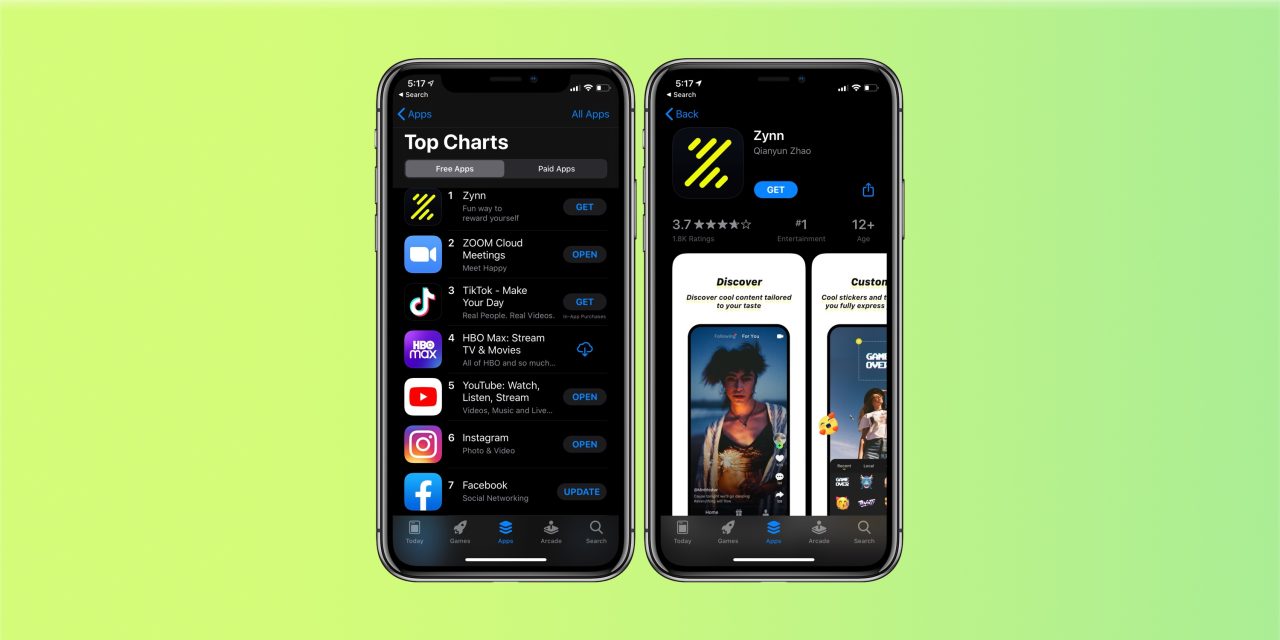 Been on the App Store over the past few days? You might have noticed a curious new free iPhone app in the number one spot called Zynn. As it turns out it’s a TikTok clone that’s going after users of the popular app in the US. So how did it just beat out the massively popular TikTok in the App Store charts? A pyramid scheme that pays people to use it and refer friends…

Reported by Mashable, Zynn doesn’t seem like just a short-term scam dressed up as a TikTok clone but rather a very well-funded TikTok copycat actually looking to steal its market share. As it happens, Zynn developer Owlii/Qianyun Zhao was acquired by a multi-billion dollar Chinese company called Kuaishou.

Just this past December, Kuaishou was valued at $28 billion in a financing round that included some of the biggest Chinese tech companies like Baidu and Tencent. The company earned $5.7 billion in revenue last year.

So it seems Zynn is no small effort. Notably, TikTok recently crossed 2 billion downloads globally, so what has Zynn done to create such massive traction to reach the number one spot in Apple’s US App Store? Created a pyramid scheme that pays its users to download, use, and refer the app.

If you download Zynn and sign up, one of the first prompts you’re greeted with is a pop-up that informs you that $1 has just been placed into your account. Refer a friend to Zynn and you’ll make $20 bucks. For every five friends you refer, you get an extra $10. Scroll through the Zynn video feed and you’ll also accumulate points which transfer into pocket change, adding to your monetary totals.

There is also an aggressive rewards and invite feature. Earn small amounts of cash watching videos. Earn a lot more for inviting friends to do the same. pic.twitter.com/9TcsY7sFi1

As Turner Novak, a general partner at Gelt Venture Capital, pointed out on Twitter, Zynn seems to be a pyramid referral scheme. Even the options presented when you’re ready to withdraw your “Zynn earnings” appear to purposefully make it difficult to take your money and walk away.

Now that Zynn is gaining attention, time will tell if Apple will allow it to remain on the App Store with its pyramid scheme design.