While Apple has released iOS 13.5.1 to the public today, the company has also made the first beta version of iOS 13.5.5 available. And now, 9to5Mac has been able to access a new “Apple News+ Audio” feature, which is hidden in iOS 13.5.5 beta.

We mentioned last month that Apple is working to offer audio stories for Apple News+ subscribers, and now we can confirm that with iOS 13.5.5 beta. Apple News+ Audio will be available through the existing News app, which will get a new “Audio” tab.

The interface is very similar to Apple News, but as the name suggests, users will have access to several recorded audio news instead of text. You can tap the Play button to listen to all the recent news, or choose a specific story to play.

Once you choose an audio story to play, the app shows a media player, just like the one in the Podcast app, that lets you rewind 15 seconds, skip to the next story, or even adjust playback speed. A nice addition is that instead of a white background, the player is shown with a blurred background cover.

While the Audio tab shows up for all users, only Apple News+ subscribers will have access to full stories. If you are not a subscriber, you can only listen to previews of the latest news available. 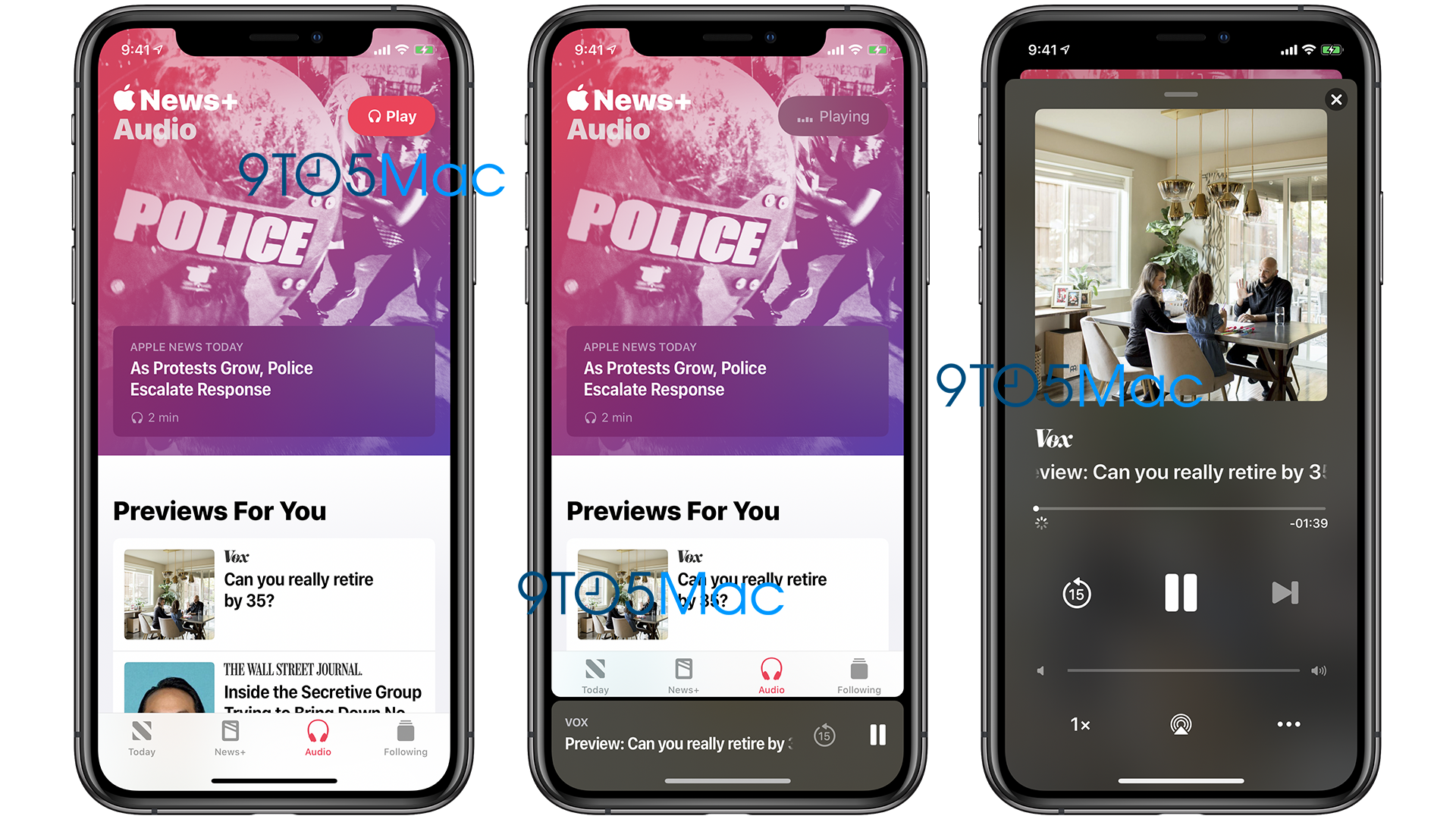 Based on iOS 13.5.5 beta code, we can also say that Apple News+ Audio will support integration with Siri. Users will be able to ask for the latest news on iPhone, iPad, or HomePod using just voice commands.

We are not sure if Apple News+ Audio is planned to be released with iOS 13.5.5, but it’s most likely, since the feature is fully working, just hidden for now.