Poll: As phones get bigger, how large should Apple go with its Max models? 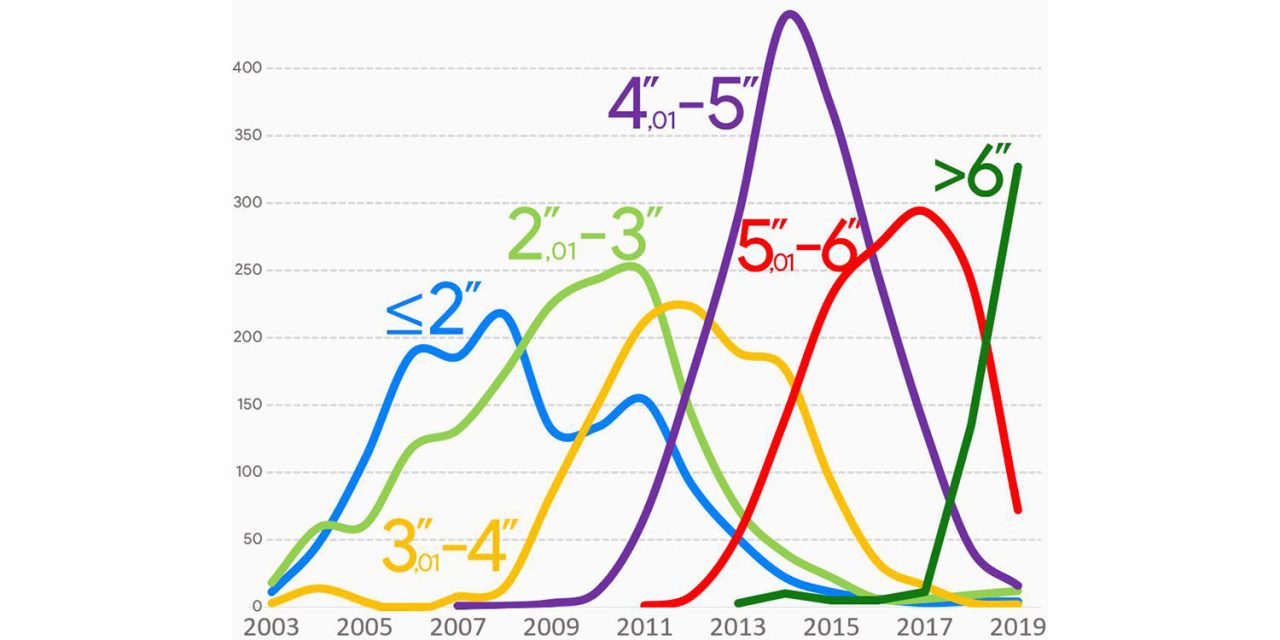 Apple watched phones get bigger for several years before joining in the trend, but it is now an enthusiastic member of the ‘bigger is better’ club when it comes to its Plus/Max models. We’re expecting this year’s largest model to have a 6.7-inch screen.

A visualization on r/DataIsBeautiful shows that trend very clearly, with the majority of 2019 phones now having a screen size greater than six inches …

The Y-axis is the number of models on sale. Amazingly, by last year, even 5-6-inch screens are shown as a tiny minority.

The subreddit bot does apply an automated warning which applies to this as much as any other visualization posted there: accuracy is not guaranteed.

Remember that all visualizations on r/DataIsBeautiful should be viewed with a healthy dose of skepticism.

But whatever the specific numbers, there’s no arguing that the trend is correct.

Just how far do you think Apple should go when it comes to the size of its largest model? At what point does a device cease to be a phone and start becoming a tablet with phone functionality? Does it make sense for Apple to make a phone which is as large as – or even larger than – an iPad mini?

Please take our poll, and share your reasons in the comments.