Signal can automatically blur faces in protest photos, for use in any app 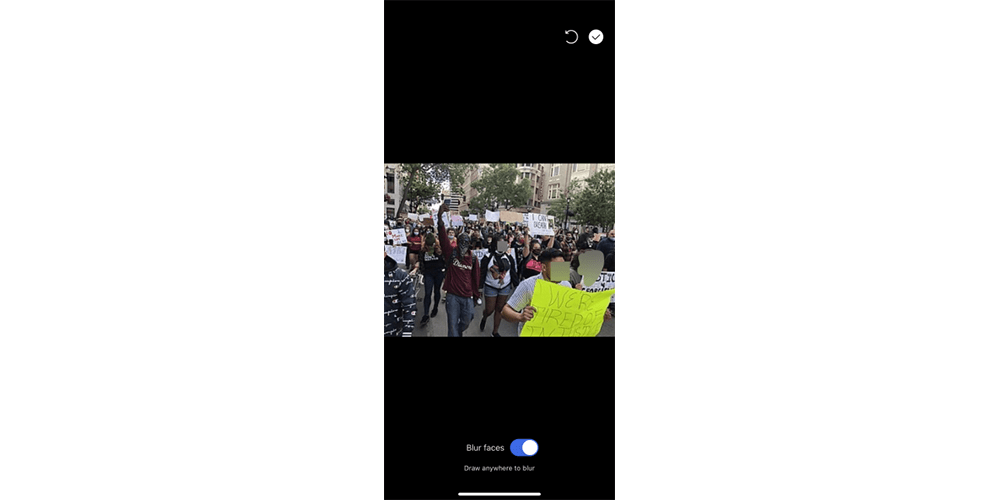 The secure messaging app Signal has been updated with a new feature which can automatically blur faces. The feature has been added at a time when the response to peaceful protests hasn’t always been peaceful in return …

The feature was spotted by TNW.

Thousands of people are protesting against police brutality and to support the Black Lives Matters cause. If you are a part of the protests, you might post photos of the demonstration around you on social media or send them to your friends — and that’s not entirely safe, because it could help identify people there and put them in danger.

While its important to share these moments, it’s also important to use tools that might stop authorities from snooping on people in those photos. So, privacy-focused messenger Signal has launched a new tool in its app that automatically blurs the faces of people in your photos — and you can use these images anywhere.

The feature uses face-detection to automatically blur faces, but there is also a manual blur tool for any that it misses.

Although the primary purpose of the tool is to send anonymized photos within the chat app, it saves the blurred photos to your Camera Roll, so you can then use the photos elsewhere – on social media, for example.

To use it, enter any chat, tap the camera icon, select a photo and then tap the blur icon.

You’ll then get a Blur Faces toggle, and can also use your finger to manually blur other elements in the photo.

You may also want to remove location and other metadata from a photo before sharing. We outlined how to do this in one of our tutorials:

Beneath the Location toggle is another one for All Photos Data.

As Donald Trump told the nation he would protect peaceful protesters in a speech at the White House’s Rose Garden on Monday, police officers roughly 100 yards to the north unloaded tear gas, rubber bullets and flash bangs to disperse peaceful protesters by Lafayette Square in Washington, DC, so the president could walk to St John’s Episcopal Church for a photo opp.