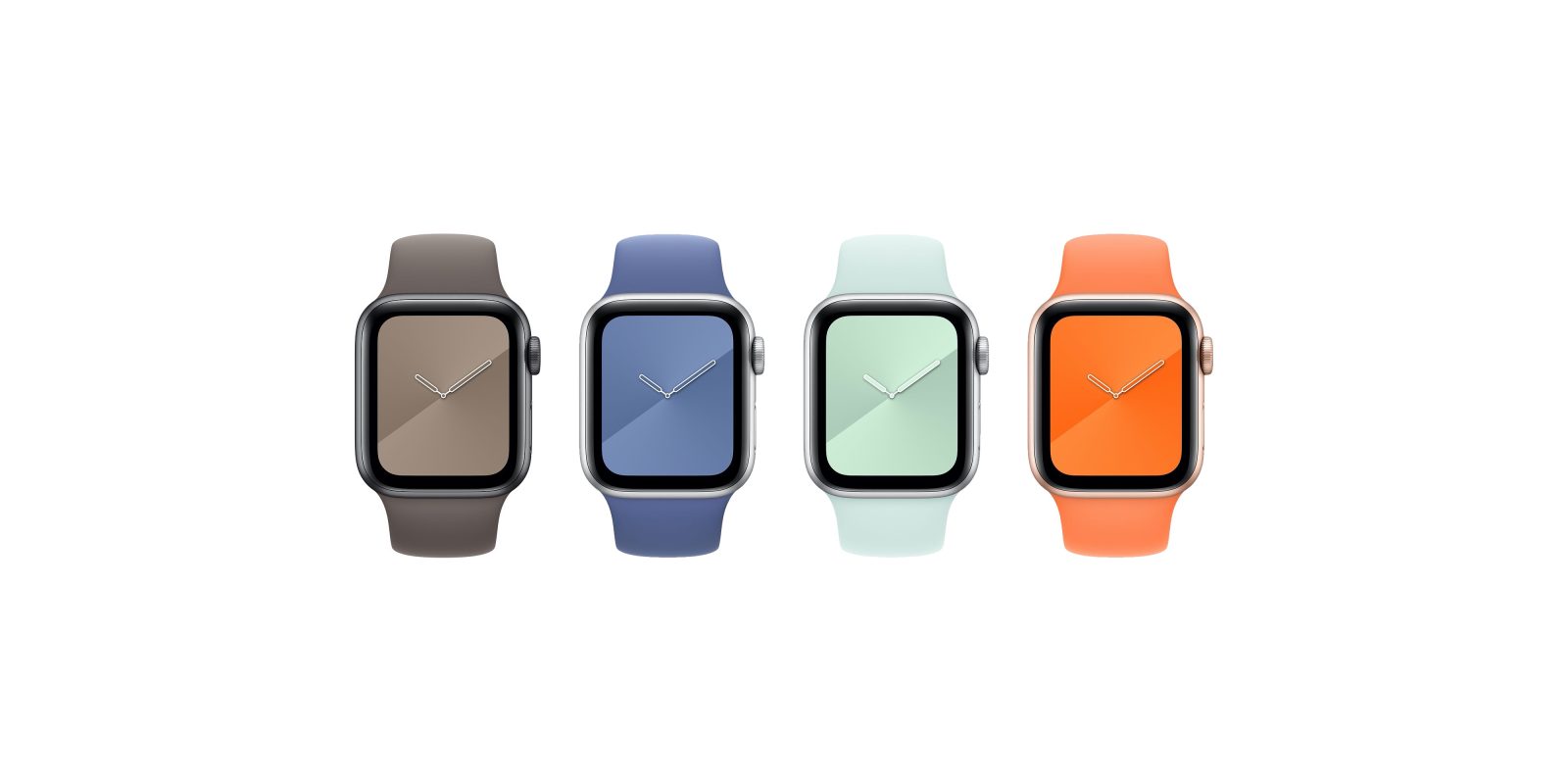 In total, Apple has released four new colors for the Apple Watch Sport Band: linen blue, seafoam, vitamin C, and coastal gray. All four of the new colors are available to order from Apple’s Online Store today in 40mm and 44mm sizes for $49:

It’s common for Apple to introduce new Apple Watch band colors near the start of a new season. As of right now, the Sport Band is the only option to be updated for summer 2020. There have been rumors of a new Leather Loop for Apple Watch, but that was not included with today’s updates.

But in addition to the new Apple Watch accessories, Apple has also released new silicone cases for the iPhone 11, iPhone 11 Pro, and iPhone 11 Pro Max. The new cases are available in three new colors: seafoam, vitamin C, and linen blue.

You can buy the new iPhone 11 silicone cases for $39 from Apple’s Online Store at the links below:

We also expect the new iPhone cases to be available on Apple’s official Amazon storefront soon, alongside the new Apple Watch bands. They will likely also be available in physical Apple Stores that are open sometime this week.

What do you think of Apple’s new iPhone 11 cases and Apple Watch Sport Bands? Are you planning to order anything new? Let us know down in the comments!