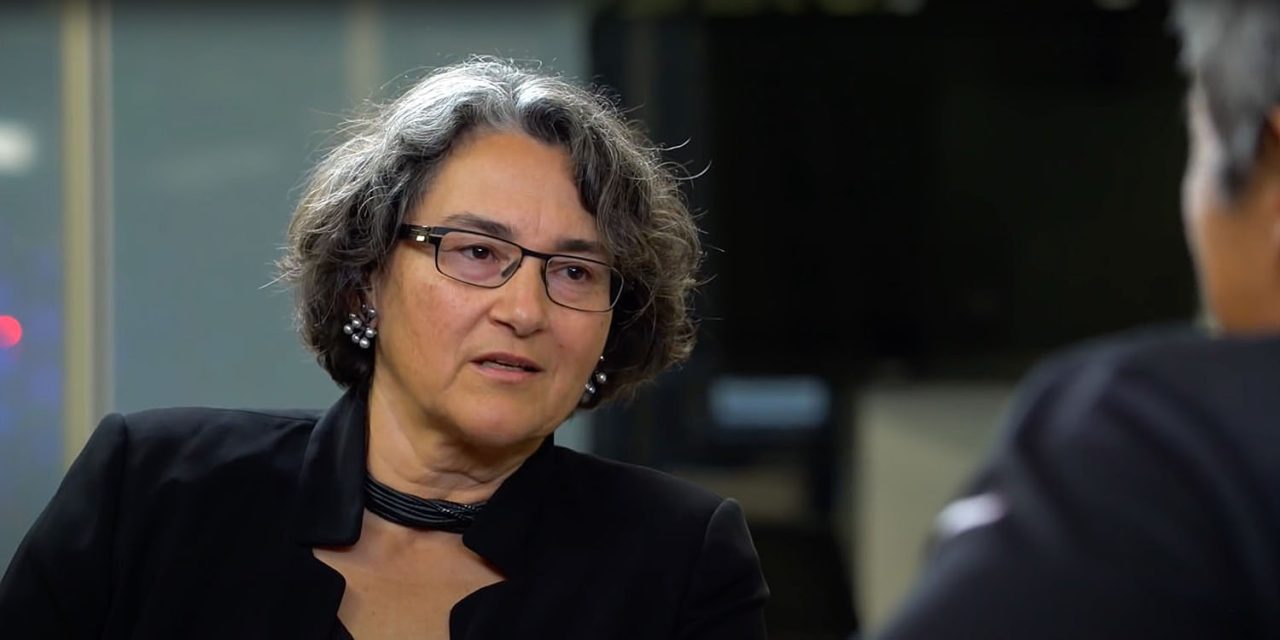 CNBC reports on her remarks at the CogX tech conference.

As I look at Facebook, for example, I keep thinking are they really that ignorant or is this motivated by something … darker than what appears?” she said on a panel with former colleagues of Apple’s offshoot technology company General Magic.

“You know it’s just like tobacco, it’s no different than the opioids,” she added. “We know anger is addictive, we know we can attract people to our platform and get engagement if we get them p—-d off enough. So therefore what, we should capitalize on that each and every time?”

She contrasted Facebook’s response to that of Twitter in respect of posts by President Trump. Twitter applied a fact-check to one tweet, declaring it untrue, and placed a warning in front of another that it glorified violence.

Twitter placed a fact-check alert on one of Trump’s tweets, advising that independent reports found no evidence to support the claim that mail-in ballots led to voter fraud. It then applied a warning notice to a new Trump tweet, finding that it broke the rule against glorifying violence via the ‘when the looting starts, the shooting starts’ quote.

Facebook, in contrast, left both posts unchallenged. A number of the company’s own senior staff criticized this decision, including Facebook Messenger product designer Trevor Phillippi.

Facebook’s decision to not act on posts that incite violence against black people fails to keep our community safe. I’m asking that we revisit this decision and provide more transparency into the process, inclusive of black leadership.

Many others have expressed incomprehension at Zuckerberg’s stance.

Civil rights leaders said they were “disappointed and stunned” by Mark Zuckerberg’s “incomprehensible explanations” for keeping Trump’s post up, after a Zoom call with the Facebook CEO and COO Sheryl Sandberg last week.

Zuckerberg has still given no credible explanation for the decision, despite saying that he was ‘deeply shaken and disgusted by President Trump’s divisive and incendiary rhetoric.’ His comment that people need to see what Trump is saying doesn’t address the issue, since Twitter’s approach leaves them visible.

Joanna Hoffman is a marketing specialist who was the fifth person hired by Steve to join the Macintosh team back in 1980.