Trump versus Twitter battle intensifies; could backfire on president [Updated] 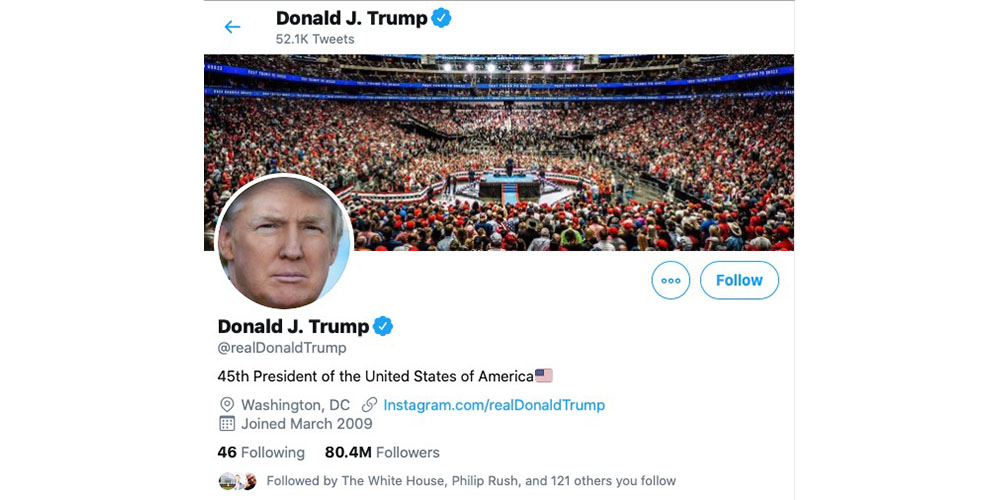 The Trump versus Twitter battle has escalated, with the president signing an executive order that threatens the legal status of social networks, and Twitter applying a warning notice to a Trump tweet which was deemed to glorify violence …

We noted yesterday that Trump threatened to sign an executive order which would remove legal protections enjoyed by social networks.

It followed Twitter placing a fact-check alert on one of Trump’s tweets, advising that independent reports found no evidence to support the claim that mail-in ballots led to voter fraud.

Trump did indeed sign a 6-page executive order, and the Washington Post report was correct that it seeks to impact section 230(c) protections.

It is the policy of the United States to foster clear ground rules promoting free and open debate on the internet. Prominent among the ground rules governing that debate is the immunity from liability created by section 230(c) of the Communications Decency Act (section 230(c)). 47 U.S.C. 230(c). It is the policy of the United States that the scope of that immunity should be clarified: the immunity should not extend beyond its text and purpose to provide protection for those who purport to provide users a forum for free and open speech, but in reality use their power over a vital means of communication to engage in deceptive or pretextual actions stifling free and open debate by censoring certain viewpoints […]

Section 230 was not intended to allow a handful of companies to grow into titans controlling vital avenues for our national discourse under the guise of promoting open forums for debate, and then to provide those behemoths blanket immunity when they use their power to censor content and silence viewpoints that they dislike. When an interactive computer service  provider removes or restricts access to content and its actions do not meet the criteria of subparagraph (c)(2)(A), it is engaged in editorial conduct. It is the policy of the United States that such a provider should properly lose the limited liability shield of subparagraph (c)(2)(A) and be exposed to liability like any traditional editor and publisher that is not an online provider.

The executive order doesn’t in way change the law, but effectively expresses a desire by the president to influence the way that law is interpreted via a rather circuitous route.

The Secretary of Commerce (Secretary), in consultation with the Attorney General, and acting through the National Telecommunications and Information Administration (NTIA), shall file a petition for rulemaking with the Federal Communications Commission (FCC) requesting that the FCC expeditiously propose regulations to clarify the interaction between subparagraphs (c)(1) and (c)(2) of section 230.

Twitter, for its part, applied a warning notice to a new Trump tweet, finding that it broke the rule against glorifying violence via the ‘when the looting starts, the shooting starts’ quote.

….These THUGS are dishonoring the memory of George Floyd, and I won’t let that happen. Just spoke to Governor Tim Walz and told him that the Military is with him all the way. Any difficulty and we will assume control but, when the looting starts, the shooting starts. Thank you!

Twitter would normally delete a tweet which broke this rule, but has a different policy for politicians with large followings. Here, it takes the view that there is a public interest in seeing what the politician has said, and so it places the tweet behind a warning notice.

Any law change could backfire on Trump

A number of commentators have observed that any change in the law which made social networks liable for the content of user posts could see one particular person hit especially hard: Donald Trump.

The logic of Mr. Trump’s order is intriguing because it attacks the very legal provision that has allowed him such latitude to publish with impunity a whole host of inflammatory, harassing and factually distorted messages that a media provider might feel compelled to take down if it were forced into the role of a publisher that faced the risk of legal liability rather than a distributor that does not.

“Ironically, Donald Trump is a big beneficiary of Section 230,” said Kate Ruane, a senior legislative counsel for the American Civil Liberties Union, which instantly objected to the proposed order. “If platforms were not immune under the law, then they would not risk the legal liability that could come with hosting Donald Trump’s lies, defamation and threats.”

Mr. Trump has long posted false and disparaging messages to his 80 million followers on Twitter, disregarding complaints about their accuracy or fairness. In recent weeks, he has repeatedly issued tweets that essentially falsely accused Joe Scarborough, the MSNBC host, of murdering a staff member in 2001 when he was a congressman. Mr. Scarborough was 800 miles away at the time and the police found no signs of foul play. The aide’s widower asked Twitter to delete the messages, but it refused.