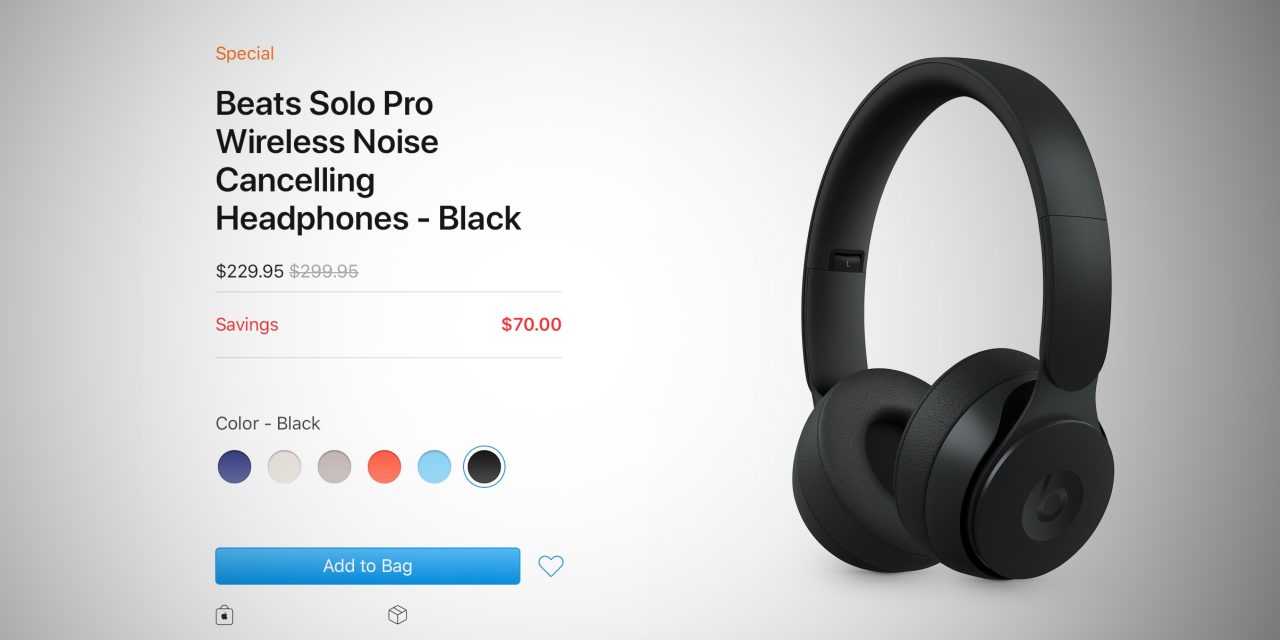 Apple is running a special promotion on some Beats headphones right now, offering rare but notable discounts on Powerbeats Pro, Beats Solo Pro and fourth-gen Powerbeats. This is not the first time Apple has done special discounting on its Beats line, but it isn’t exactly common and the price reductions are significant.

Whilst these aren’t the lowest prices we’ve seen for these items, they are not bad at all and some of the best discounts the Apple Store has ever had. The Powerbeats and Powerbeats Pro  have also seen recent hardware revisions, so we don’t think this is simply a case of clearing out old stock.

The Beats Solo Pro are older, and potentially could be cannibalized by the rumored Apple own-brand over-ear headphones in a few months. WWDC is taking place in under two weeks, but we don’t expect the AirPods Studio to launch until later in the year, and probably at a much higher price point (in the $349-$399 range).

The discounts are available through the Apple Online Store and retailers like Amazon.

The four new colors of Powerbeats Pro (Spring Yellow, Cloud Pink, Lava Red and Glacier Blue) are included in this promotion. See our coverage for hands-on with these new colorways.

Following the March revision to the standard Powerbeats, all three of these options feature the latest Apple H1 chip for instant pairing, low latency audio and support for Hey Siri voice activation.

It’s not clear how long the promotion will run for. It is rare to see special savings through Apple, so act fast if you’ve been holding out to grab some Beats wireless headphones.