PSA: Apple Developer Forums down ahead of promised redesign 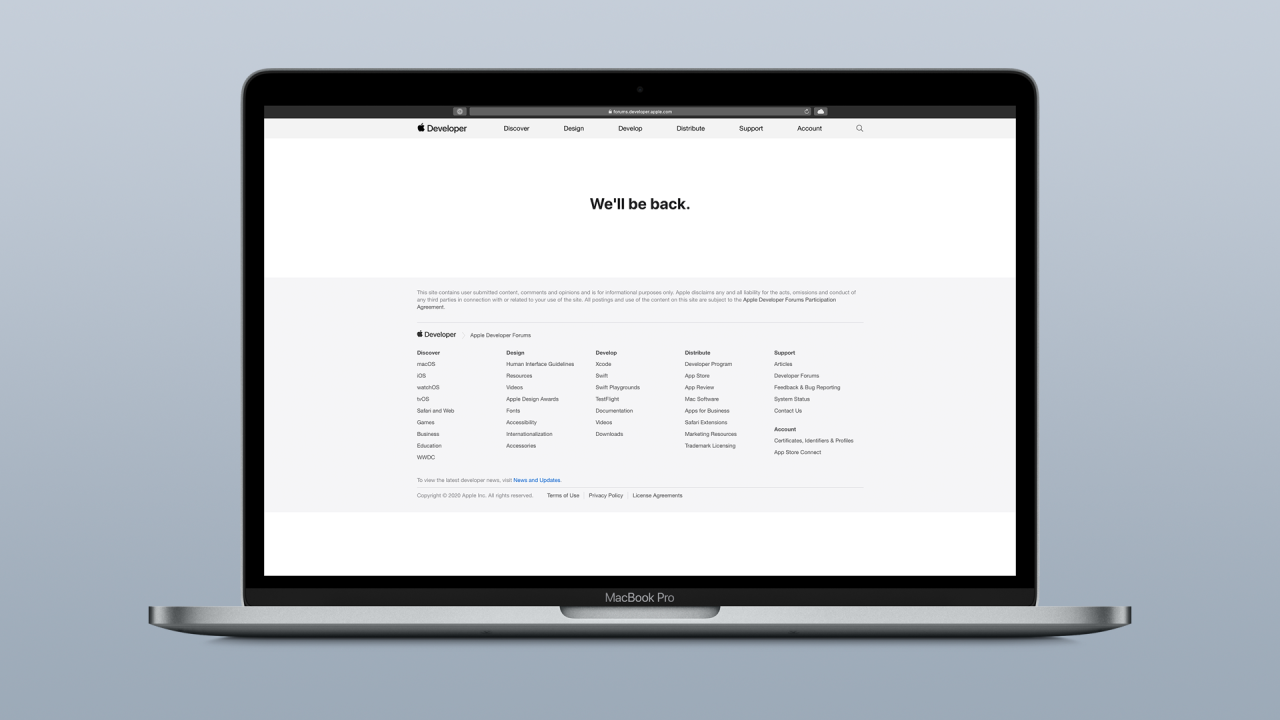 Apple announced last week that completely redesigned Apple Developer Forums will be introduced this Thursday. And now, developers have noticed that the portal is offline, suggesting that Apple is already working to release tomorrow’s promised update.

The Apple Developer Forums let developers have open discussions to share questions about programming and the Apple ecosystem in general. Ahead of WWDC 2020, Apple has decided to offer a new forum experience that will make it easier to developers participate in discussions.

The all-new Apple Developer Forums will connect the developer community with more than 1,000 Apple engineers to answer questions and engage in technical discussions. Starting the first day of WWDC, anyone can search and view the forum discussions to follow along, and Apple Developer Program members will be able to post their own questions and learn directly from Apple experts.

The scheduled maintenance has been confirmed on Apple’s System Status webpage where the company also says the forums “will be unavailable for an extended period.” The new Apple Developer Forums are expected to go live tomorrow, June 18, but Apple has yet to confirm at what time they will be available.

This week, Apple updated the Apple Developer app with a macOS version for the first time it and revamped the App Store Connect portal with a modern design. This all comes just a few days before WWDC 2020, which will kick off on Monday, June 22.

Stay tuned to 9to5Mac with our coverage of everything Apple will announce at the event.