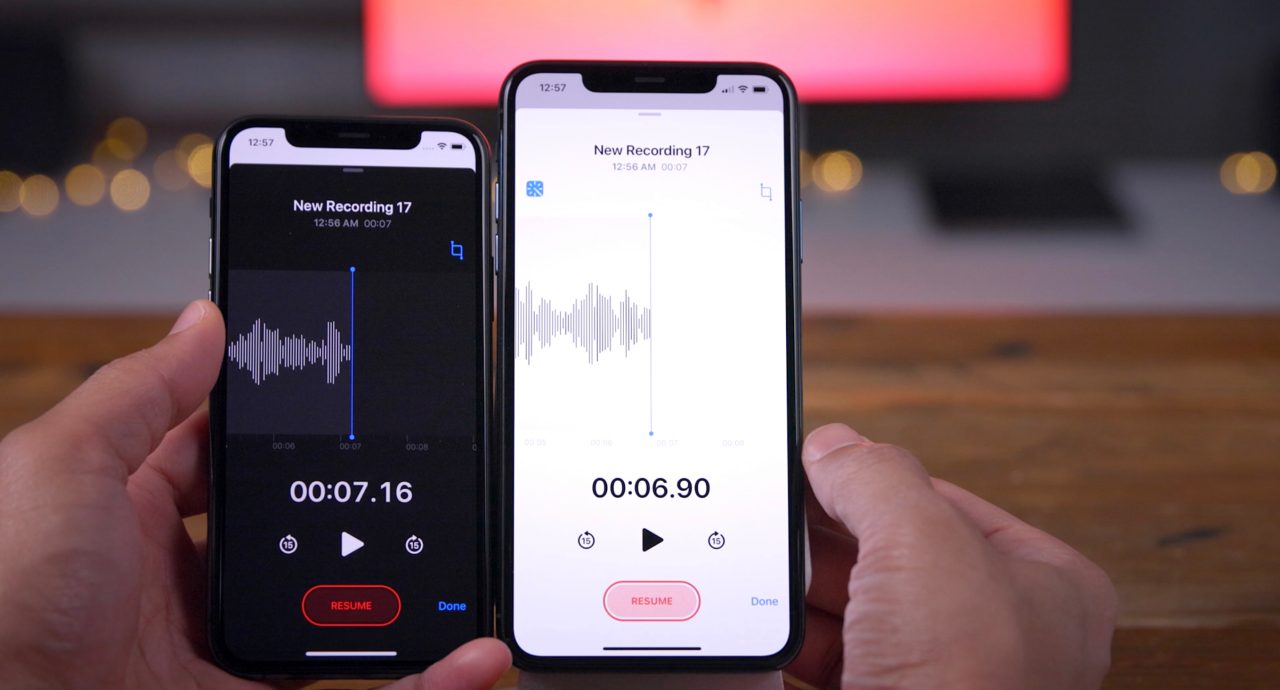 iOS 14 and macOS 11 Big Sur bring improvements to a variety of stock applications, including Voice Memos. With this year’s updates, the Voice Memos app for iPhone, iPad, and Mac is adding support for folders, favorites, as well as a new Enhance Recording feature.

The Voice Memos app first came to the Mac in 2018 alongside the release of macOS Mojave. Apple brought the app to the Mac using its Catalyst technology, which makes it easy for features to be implemented across platforms with a yearly operating system. One of the most notable features this year is new Enhance Recording functionality.

Apple says that Enhance Recording feature reduces background noise and room reverberation with a single tap. Once you create a recording, you’ll see a small icon similar to the Auto adjustment feature in the Photos app. Details on exactly how this feature works are unclear, but Apple touts the simplicity of it.

Particularly, the new Enhance Recording feature would be useful for people looking to create podcasts and other audio content directly on their iPhone, iPad, or Mac. For example, Apple has touted the new “studio-quality” microphones in the latest iPad Pro and MacBook Pro models.

Here are all of the new features in the Voice Memos app on iPhone, iPad, and Mac this year according to Apple:

The new Voice Memos app is available now through developer beta testing of iOS 14, iPadOS 14, and macOS 11 Big Sur. These updates will be released in public beta form in July, followed by stable releases to everyone in the fall. To see more of iOS 14 in action, including the Voice Memos app, check out our full video that details over 250 new features and changes.

Voice Memos in iOS 14 has an 'Enhance Recording' feature that reduces background noise and echo to make voices more clear.

Kind of fun to imagine if Apple were to use this for Podcasts down the road… pic.twitter.com/GuqDsNYGsA