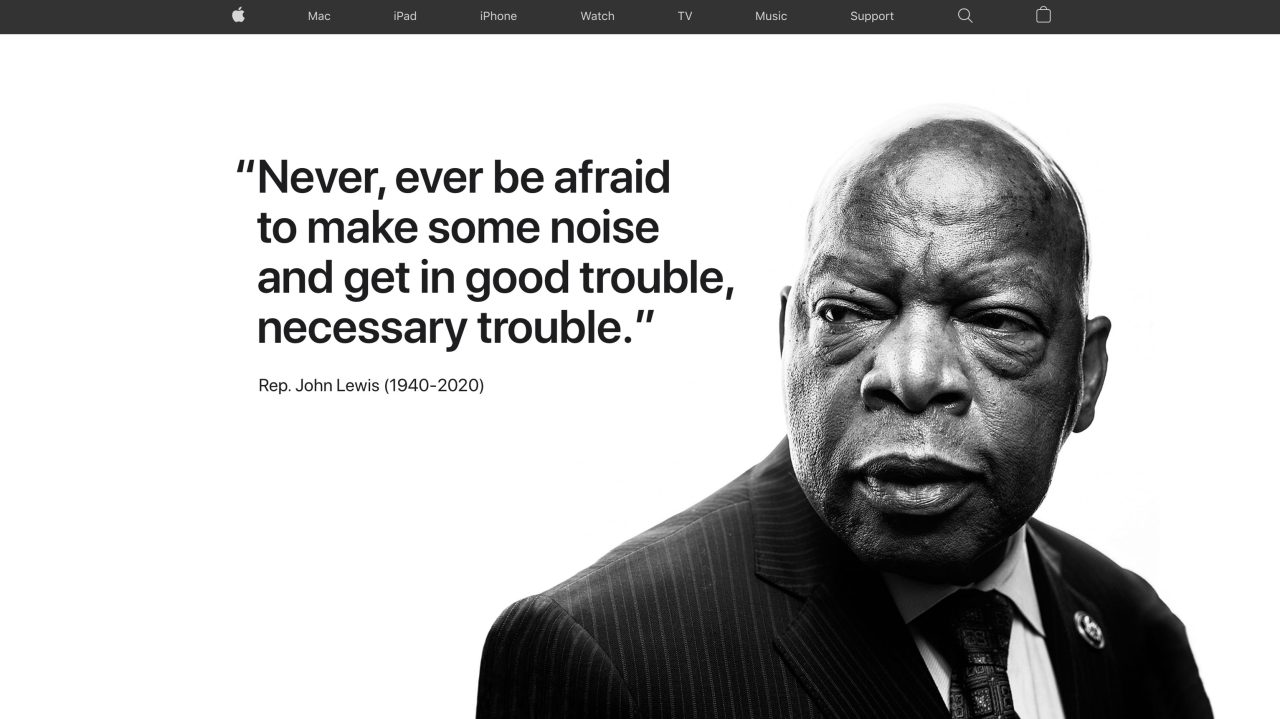 Apple has updated the homepage for Apple․com this weekend to honor Congressman John Lewis, who passed away on Friday at 80 years old. Apple’s new homepage foregoes all product promotion, instead showing a picture of Congressman Lewis alongside one of his quotes.

Rep. Lewis was known for fighting for civil rights and equality throughout his entire life. He was elected congressman in 1986 and served as a stalwart for the civil rights movement.

The new Apple homepage abandons all product promotion in favor of a tribute to Rep. Lewis. Alongside a portrait of the late congressman is one of his many historic quotes: “Never, ever be afraid to make some noise and get in good trouble, necessary trouble.”

Apple, Tim Cook, and Rep. Lewis had a close relationship over the last several years. Lewis toured Apple’s headquarters alongside Tim Cook in 2015, even taking the time to speak to Apple employees about the need for diversity and inclusion. In 2016, when Tim Cook made the list of TIME’s 100 most influential people, Lewis wrote his entry on the list:

Congressman John Lewis wrote Tim Cook’s entry on the list this year noting, “It could not have been easy for Tim Cook to step into the immense shadow cast by the late Apple co-founder, Steve Jobs. But with grace and courage and an unabashed willingness to be his own man, Tim has pushed Apple to unimaginable profitability—and greater social responsibility.”

You can see the new Apple homepage here. A new documentary about John Lewis was released earlier this month. It’s entitled “John Lewis: Good Trouble” and be watched on Apple TV.