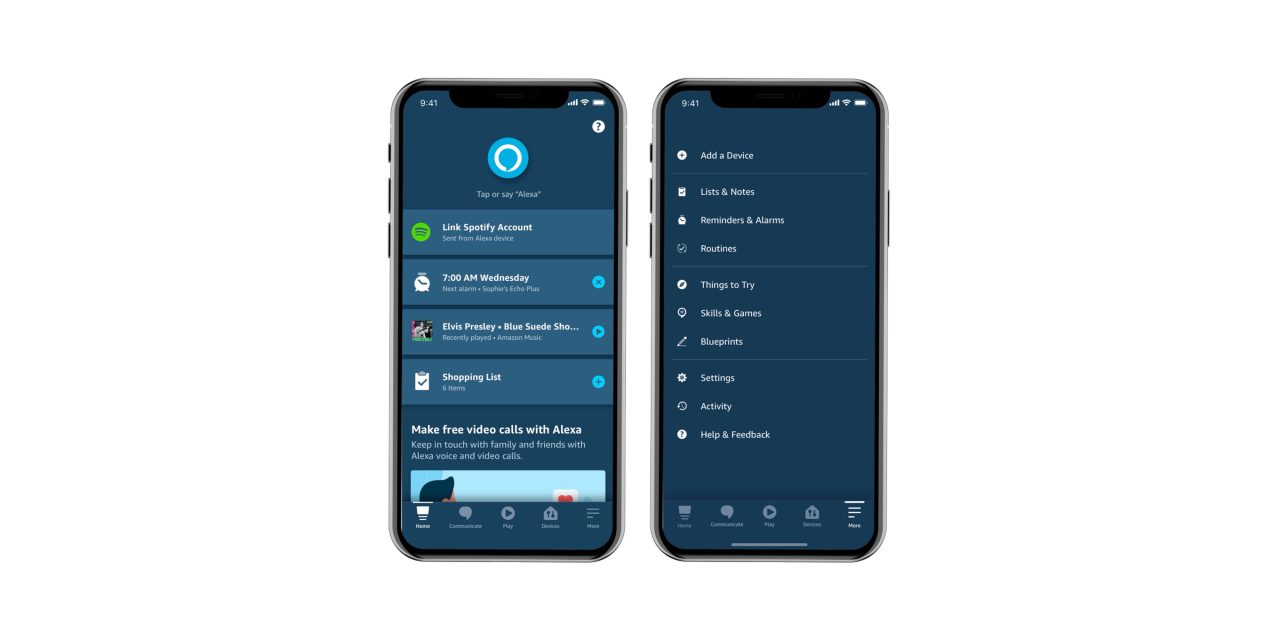 Amazon has debuted an overhauled version of its Alexa mobile app for iPhone, bringing a new focus on personalization and native Amazon Alexa features. As reported by TechCrunch, the redesigned Alexa app removes the emphasis on third-party skills, instead focusing “on how consumers are actually using Alexa.”

The redesigned Home screen in the Alexa app now features a more prominent Alexa button at the top. Users can tap this button or simply say “Alexa” to activate the voice assistant. Below this is a variety of suggested actions personalized to each user, such as setting alarms, controlling music playback, and more.

As TechCrunch explains, the Alexa app had previously focused on acting as a sort-of daily dashboard, highlighting weather details at the top, followed by a selection of “Popular Skills” below. In fact, the redesigned Alexa app drastically scales back the focus on Skills, moving them from the home screen to the “More” tab at the bottom.

Meanwhile, the app’s advanced features — like Reminders, Routines, Skills and Settings — have been relocated under the “More” button as part of the redesign.

The changes don’t necessarily mean Amazon has decluttered the Alexa home screen, however.

Because the update moved the Alexa button to the top of the screen, it has left room in the navigation bar for a new button: “Play,” which encourages media playback.

Finally, for first-time Alexa users, there’s a new focus on tips and suggestions in the app. Amazon hopes that this will help users become more comfortable with the Alexa experience on their iPhone as well as through their voice speakers such as Amazon Echo.

The new Alexa is rolling out now on the App Store for iOS users and will also be available for Android and Fire OS devices. Amazon says the rollout will be completed by late August.