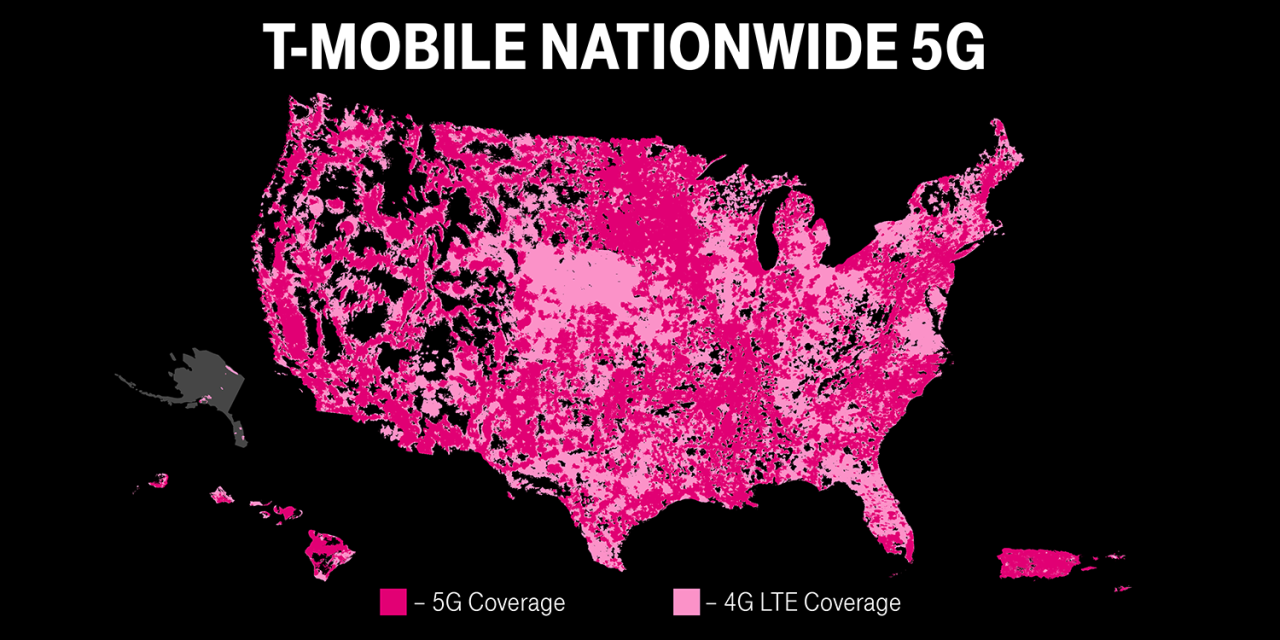 T-Mobile has today switched on a standalone 5G network, and is promising better coverage and performance. It says the move will see its 5G coverage extend to almost 2,000 more towns and cities.

Carriers have so far piggy-backed sub-6Ghz 5G service onto their existing LTE networks. This is an effective way to roll out coverage quickly, but does come with some limitations …

mmWave 5G is the far faster standard, theoretically capable of gigabit speeds, but more typically offering about half that – around 500Mbps. However, it is extremely short-range: much closer to wifi than to LTE. This means it will only be available in very limited areas, like airports, large transit stations, stadiums, and tourist spots

However, there is an additional complication: if you combine 4G (LTE) and 5G networks, then you don’t get the full benefit of the reduced latency. Lower latency doesn’t actually improve download or upload speeds, but it does mean online services respond more snappily, so it can give the impression of a faster connection.

By separating out 4G and 5G networks, T-Mobile will be able to provide that lower latency, and also enable signals to penetrate further into buildings for better indoor coverage.

“Since Sprint became part of T-Mobile, we’ve been rapidly combining networks for a supercharged Un-carrier while expanding our nationwide 5G footprint, and today we take a massive step into the future with standalone 5G architecture,” said Neville Ray, President of Technology at T-Mobile.

With today’s launch, 600 MHz 5G can go beyond the mid-band signal, covering hundreds of square miles from a single tower and going deeper into buildings than before. Thanks to T-Mobile’s ongoing 5G build, and by flipping the switch on SA, the Un-carrier has immediately increased its 5G footprint by 30 percent — now covering 1.3 million square miles in more than 7,500 cities and towns across the country […]

In SA areas, T-Mobile engineers have already seen up to a 40% improvement in latency during testing, and that is just the beginning of what can be done with Standalone 5G.

There’s still a lot of misleading or incomplete claims being made in the 5G space. For example, T-Mobile contrasts its own 5G coverage with that of Verizon, but fails to mention that the latter offers mmWave 5G, which provides far faster speeds. In a recent cross-carrier test, Verizon was shown to offer average download speeds of 494Mbps against 49.2Mbps on T-Mobile. Verizon, for its part, was found to be misleading customers about the extent of its coverage.