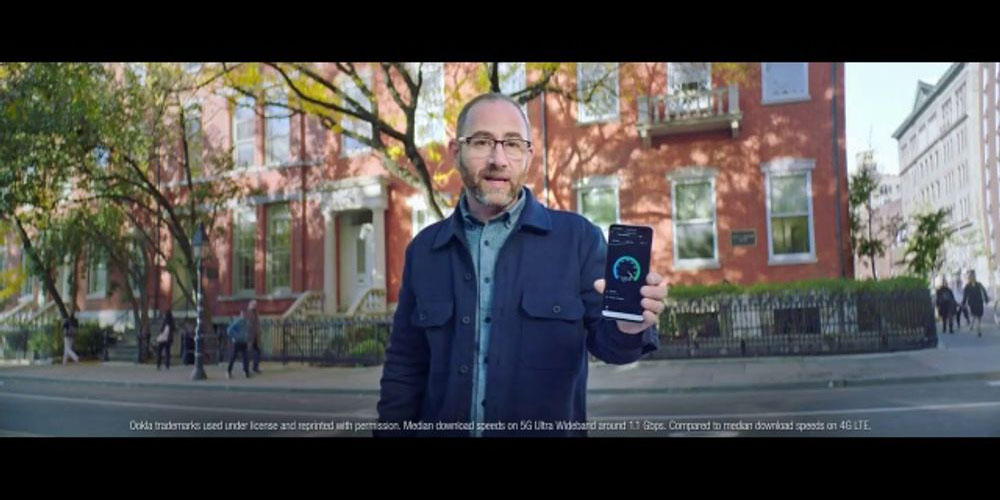 The National Advertising Division (NAD) has ‘recommended’ that Verizon stop making misleading 5G claims. The carrier was found to have been running ads which implied that its 5G coverage was both faster and more extensive than it really is …

The NAD described both direct and implied claims as misleading.

NAD also recommended that the advertiser discontinue claims implying that the speeds referenced in the commercials are typically experienced by consumers.

The following are representative of the challenged claims:

NAD says that Verizon didn’t fully accept the criticisms, but ArsTechnica said that the carrier didn’t respond to an opportunity to elaborate.

In its advertiser’s statement, Verizon stated that it will comply with NAD’s recommendations even though it does not agree with all aspects of NAD’s decision. Verizon further stated that it “remains committed to the self-regulatory process and believes strongly in transparency of customer messaging.”

We asked Verizon what specific aspects of the decision it doesn’t agree with, but the company spokesperson who replied to us did not provide an answer.

Amusingly, the challenge to Verizon’s claims came from AT&T, which was previously asked by NAD to cease its own deceptive behavior. That also saw AT&T sued by Sprint.

The NAD ruling against Verizon came in response to a challenge filed by AT&T, which has also misled US mobile users by renaming parts of its 4G network “5GE.” AT&T started changing the network indicators on many customers’ 4G phones to 5GE in January 2019.

After a challenge filed by T-Mobile, AT&T in May 2020 complied with an NAD recommendation to “discontinue its ‘5G Evolution’ and ‘5G Evolution, The First Step to 5G’ claims,” but it apparently continued to use the misleading “5GE” icon as the network indicator on phone screens. In early June, AT&T finally deleted a webpage that touted the “5GE” coverage that’s actually 4G, and the URL now redirects to a page that doesn’t mention 5GE at all.

NAD is an industry self-regulatory body, so has no powers to instruct advertisers what to do or not to do, it can only issue polite requests. Verizon says it has ceased running these particular ads.

Verizon offers mostly mmWave 5G, which provides the fastest speeds but only wifi-like range. Recent tests found that Verizon customers would get a 5G signal less than 1% of the time.