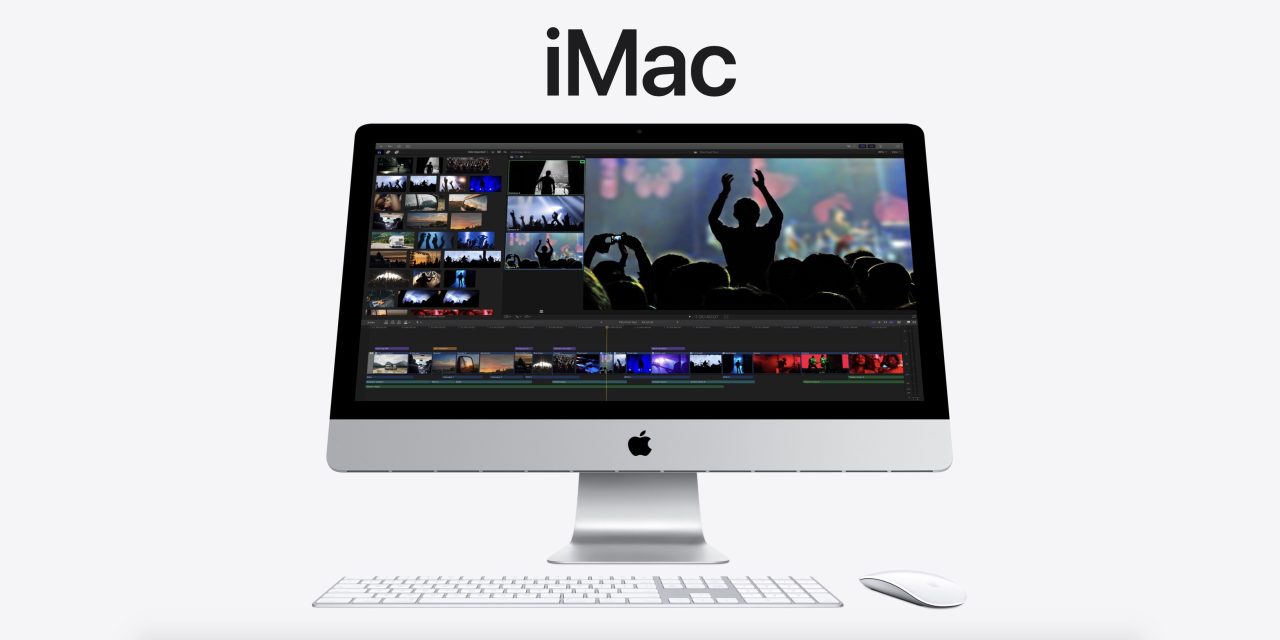 Apple officially announced its new 2020 iMac earlier this week with new Intel processors, SSD storage by default, and a new nano-texture matte display option. Now, the first reviews for the new 27-inch iMac have hit the web, offering a closer look at the nano-texture display, the 10th Intel processors, and more.

Writing for Six Colors, Jason Snell has high praise for the $500 nano-texture display — which he speculates will be the “single biggest reason” people upgrade to the 2020 iMac. Apple first introduced the nano-texture glass on the Pro Display XDR, and it appears to be just as impressive on the 27-inch iMac:

But here’s the thing: It’s spectacular. The nano-texture glass doesn’t stop all light from bouncing off the display and back into your eyes, but it cuts it down and diffuses it remarkably. Unlike so many add-on films and coatings that cut down on glare but make a display feel murky or muddy, the iMac’s display feels unnaturally clear. Even with a window directly behind me, I could see everything on the screen clearly.

Meanwhile, Dieter Bohn at The Verge talked to Apple about the durability of the nano-texture glass:

I asked Apple about the durability of the finish. I was told that they don’t want to give anybody the impression that it’s fragile, but that, yes: over time, using something too abrasive could mess up that finish. Unlike other screens, there’s really no coating on top of the nano finish; it’s just etched, bare glass.

Moving on from the only visual change with the 2020 iMac, CNBC praises the new 1080p webcam, a key change for people working from home amid the COVID-19 pandemic:

The 1080p camera is great, too. Again, I spoke with several people who were also using the new iMac, and over a relatively fast Wi-Fi connection, everyone looked really clear throughout the call. It’s a nice bump from the 720p cameras Apple typically uses on its computers, which I’ve complained about in the past. This is a problem with many computers by the way, not just Macs. Tech companies tend to put their best cameras in phones and tablets, so it’s good to see laptops and desktops getting better cameras, especially now while we’re all video chatting so much more.

The Verge has some additional detail on how the 1080p webcam works in conjunction with the T2 chip for additional quality improvements:

The face detection is for prioritizing keeping your face well-lit with accurate skin tones. I can move my face around in the frame and see it adjusting the exposure in real time, ensuring that my face is never too dark or blown-out. It feels very much like what the iPhone does with faces. (Apple says it’s not doing any face smoothing, if you’re wondering.)

It works really well, and luckily, it doesn’t just work in Apple’s own apps. Since these fixes are coming via the T2 chip, the improved performance is just the webcam video stream that any videoconferencing app will get.

As for the new “studio quality” microphone system, TechCrunch says it’s “clear and perfectly suited to teleconference” but suggests an external microphone if you’re going to be doing voice-over work or podcasting:

In a push to appeal to creatives, the company notes that the mics — similar to the hardware found on the 16-inch MacBook can be used for things like scratch vocals. I would say the do the trick for a majority of things we need day to day, but if you’re going to be say, recording a podcast or voice-over work, I would seriously consider an external mic.

The 2020 iMac features Intel’s 10th generation processors, and early indications from Gizmodo and other benchmarks are that the performance is quite impressive. Gizmodo put the 10-core i9 variant of the 2020 iMac with the AMD Radeon Pro 5700 XT GPU, 16GB of VRAM, and 32GB of memory, through the tests:

The couple of benchmarks I’ve run since the iMac arrived on Tuesday indicate that this desktop is a powerhouse. In the Blender test of CPU performance, the iMac rendered an image in 2 minutes and 19 seconds, which is incredibly fast—it’s more than two minutes faster than when we benchmarked Intel’s 10th-gen Core i9-10900K processor on its own. On Geekbench 4, a synthetic test of overall system performance, the iMac’s single-core score of 6382 and multi-core score of 42417 impressed us all. Joanna Nelius, Gizmodo’s resident PC and processor expert, exclaimed: “What the hell did Intel do to this CPU?” We plan to run more benchmarks in addition to real-world tests, but these early numbers are promising.

The new 2020 iMac is available to order now and is shipping this week. We’ll have a full hands-on review right here at 9to5Mac soon.