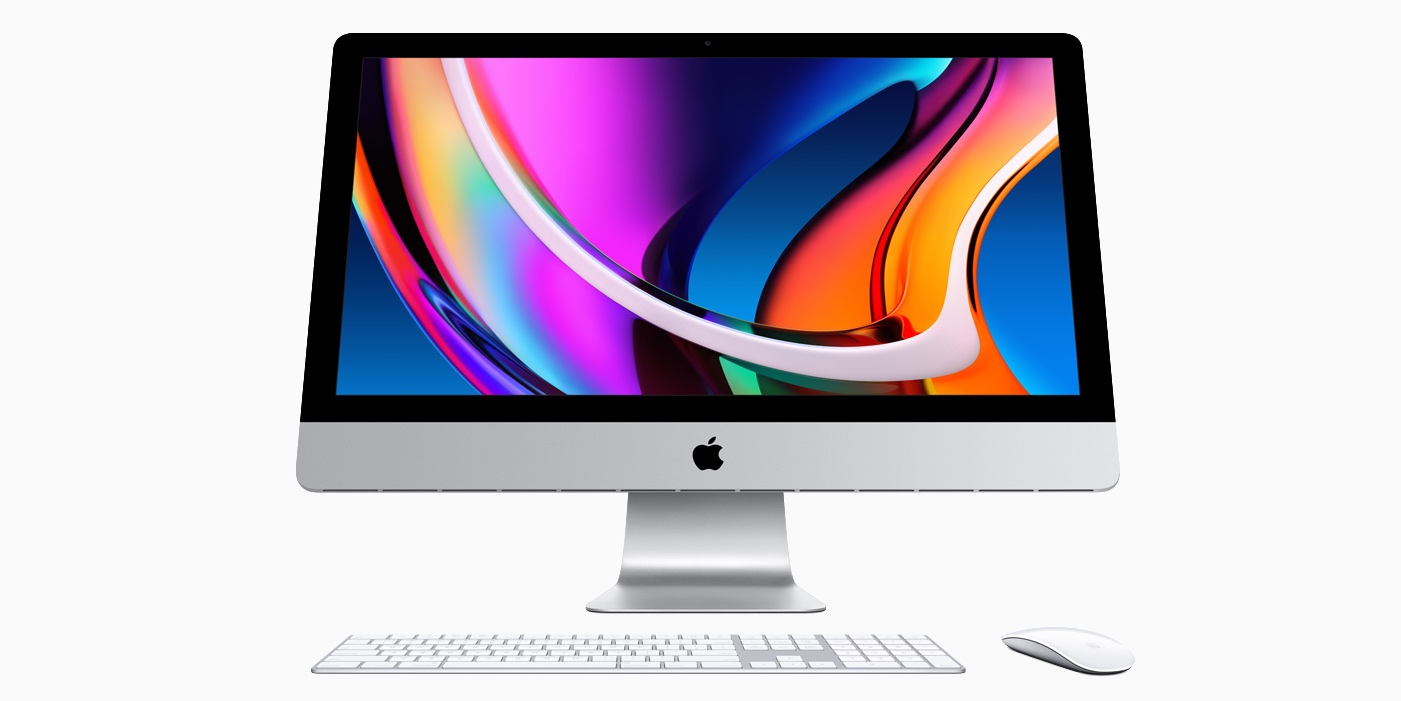 Apple has today updated the iMac with a few tech spec bumps. Although the rumored redesign did not come to pass, Apple has updated the 27-inch models with new 10th-generation Intel CPUs, a higher-resolution 1080p webcam.

Apple has also standardized SSDs across the lineup for fast internal storage, finally adding the Apple T2 chip. The 21.5-inch iMac also gets the SSD chip, with Fusion Drive as a build-to-order option.

As far as specs are concerned, the 2020 iMac update features 10th-gen Intel CPUs across the board, in 6 and 8 core options. There’s also a 10-core option for the first time on the consumer iMac. You can spec the machine with up to 128 GB of RAM.

The storage system is now based around solid-state by default, able to be configured up to 8 TB. Apple is finally including the T2 chip inside the iMac, offering high-bandwidth write and read speeds. The T2 chip also brings security benefits, as we’ve seen deployed across the rest of the Mac line over the past five years.

With no major external design change to be seen, the iMac still features rather ungainly bezels. However, Apple is updating the 27-inch display to feature True Tone for better adaptive color balance. Customers can also choose a nano-texture matte glass option, first seen in the Pro Display XDR.

The 27-inch iMacs now features the same 1080p FaceTime camera as the iMac Pro. Apple has also upgraded the microphones to its latest ‘studio quality’ system, which the company debuted with the 16-inch MacBook Pro last year.

Unless you desperately need a new desktop, it may be wiser to wait for the next-gen Apple Silicon iMacs. Most people assume Apple is holding back on a major iMac external chassis redesign — with slim bezels and the like  — for its new lineup of ARM-based desktops. Apple analyst Ming-Chi Kuo previously said that the company is readying a 24-inch ARM iMac redesign for later this year.