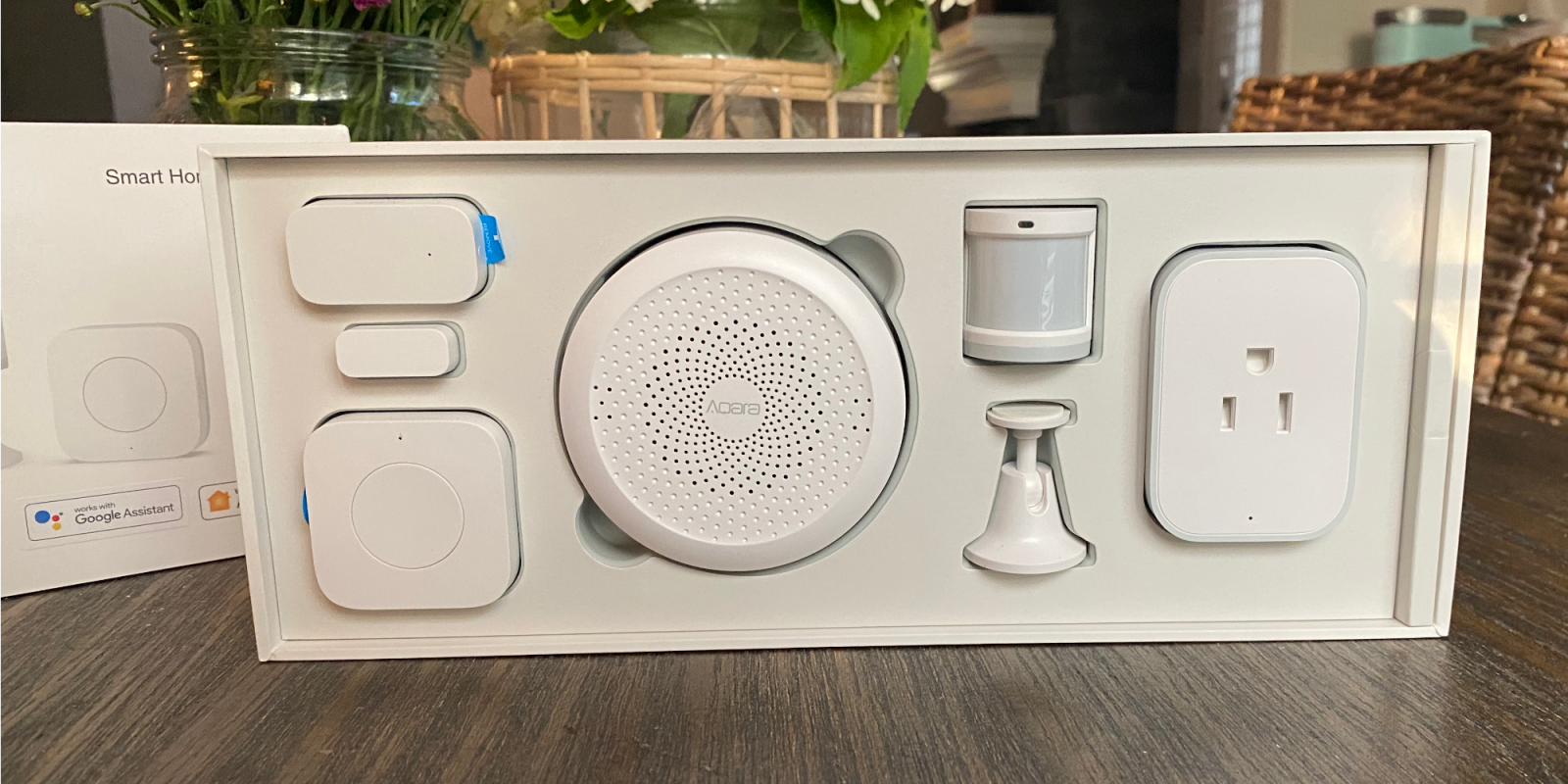 Aqara is a manufacturer that’s pretty new on my radar in terms of smart home support, so I was excited to get to use their devices and see how they work with HomeKit. This week, I want to take a look at the Aqara Smart Home Start Kit and the Aqara Water Sensor to see how easy the setup is, how to connect it to HomeKit, and how it works day-to-day.

After posting my personal HomeKit starter kit last week, I got a few suggestions to check out the Aqara kit as a great first introduction to HomeKit and smart home technology. I bought it from Amazon when it was on sale and also picked up the water sensor because the size of it from the photo looked like it would fit under my refrigerator door without being noticed.

I first started paying attention to Aqara back in July with they announced they were removing their HomeKit only mode, which meant that you didn’t need to use the Aqara app. They’ve since backtracked on that announcement.

From a technical perspective, Aqara comes with a Hub that communicates via Zigbee to the Aqara devices. The starter kit comes with a Hub, door/window sensor, motion sensor, a smart plug, and a handheld switch that can be programmed to trigger scenes and other automations.

After I unboxed the starter kit, I downloaded the Aqara app on from the App Store, plugged in the Hub, and then started the pairing process. Pairing the Hub to the app was pretty painless and each sensor, outside of the smart plug, has a battery tab that has to be pulled out, but then the pairing process to the Hub was automatic.

Once everything was set up, I was then able to “bind” the Hub to HomeKit in the Aqara app. Once that process completed, all of the individual sensors were then exposed in HomeKit. The Hub works on Wi-Fi, so you can plug it in anywhere. I have it plugged it at the bottom of our steps, and I am using the built-in light as part of a HomeKit automation to turn on at a very low level at night.

The smart switch is exactly what you’d expect out of a HomeKit switch. One of the aspects I appreciate is the bulk of the size is vertical where most of my other ones are horizontal. Especially in my bedroom, it fits much better into a wall surge protector than my other smart switches. The window/door sensor works very similarly to the VOCOlinc door sensors. I had one more garage window to put a sensor on, so I covered the final window. The motion sensor is tiny, so it’s much easier to hide compared to other ones on the market. I am using it in my dining room to trigger the lights if it senses motion at night. Finally, I am using the wireless mini switch to sit on my nightstand to trigger our bedtime scene. We have an Eve button on my wife’s side of the bed, so it’s nice to have options for us both.

The final piece of my Aqara installation was the water leak sensor. I already have multiple HomeKit water sensors, but they are too big to be hidden under my refrigerator door. We had a leak a few years ago that damaged a few pieces of our hardwood floor, so I am extra sensitive about making sure that it doesn’t leak again the future. I replaced the part that was leaking with an OEM part that looks completely different, so I imagine it was a faulty design. Thankfully, it did fit perfectly under my refrigerator where it’s barely visible, and it works with HomeKit. Since it’s exposed in HomeKit, you can create an automation where your HomePod plays a certain song if a leak is detected, a specific light turns on, or simply get a notification from the Home app. At under $20, it’s the most cost-effective water leak sensor on the market if you already have the Aqara hub.

At $129, the Aqara smart home starter kit offers a lot of value. It’s worked perfectly with HomeKit, was easy to set up, was easy to bind to HomeKit, and seems like it could be a growing ecosystem of products.

Because the Hub is the key to the HomeKit compatibility, Aqara can easily expand to new products in the future. Since the connection between the hub and the sensors is based on Zigbee, the cost of the sensors can be lower than other competitors. If you’re looking to buy a gift for someone to get started with HomeKit, the Aqara smart home starter kit is one of the easiest ways to get started. It contains a motion sensor, door/window sensor, mini switch, and the connectivity hub.