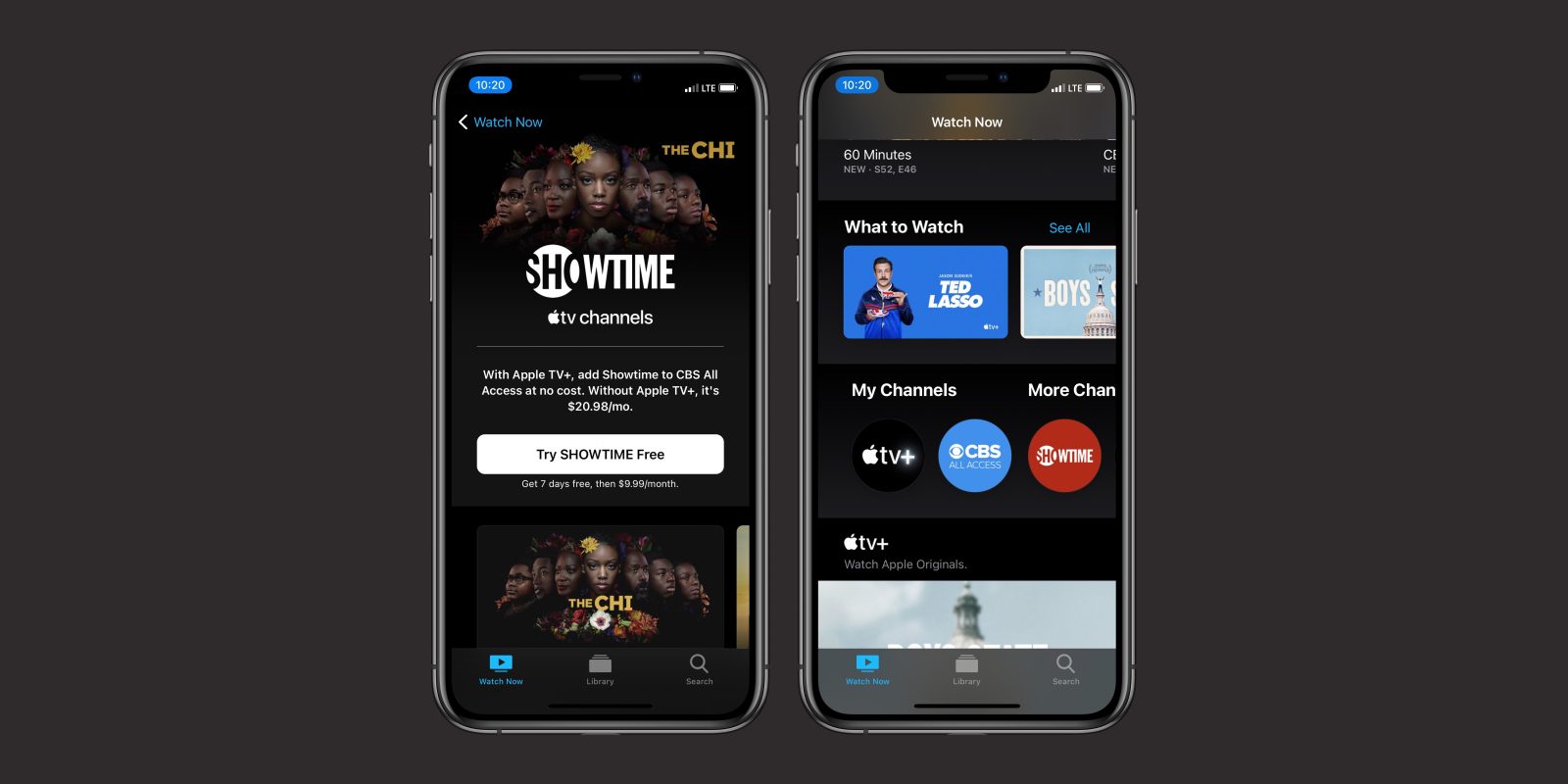 Apple has today launched its first bundle partnership for Apple TV+ subscribers. With an active Apple TV+ subscription, you can now subscribe to CBS All Access and Showtime for $9.99 per month via Apple TV Channels, a 50% saving over buying both channels separately.

This offer is only available to TV+ subscribers in the United States. The news was first reported last week by Bloomberg.

Subscribing to Showtime and CBS individually usually costs $10.99 and $9.99 per month. With this deal, a customer can pay $14.99 to get Apple TV+, CBS and Showtime. If you are currently taking advantage of a TV+ free trial, then you’ll only be getting an even better saving.

For a TV app user that already subscribed to Showtime and Apple TV+, this new offer essentially means they get CBS for free. The bundle is compatible with Family Sharing, allowing up to six members of the family access to Showtime, CBS and TV+ without paying an extra fee. Whenever the user stop renewing TV+, the CBS and Showtime subscription returns to the usual price.

Bundles like this one help to promote adoption of Apple TV Channels, which the company launched in March 2019. Apple TV Channels content can be played natively inside the TV app, and downloaded to watch offline.

On a similar theme, Apple is rumored to be offering a bundle of its own services later this year, offering Apple Music, Apple TV+, Apple News and Apple Arcade for a single discounted price.