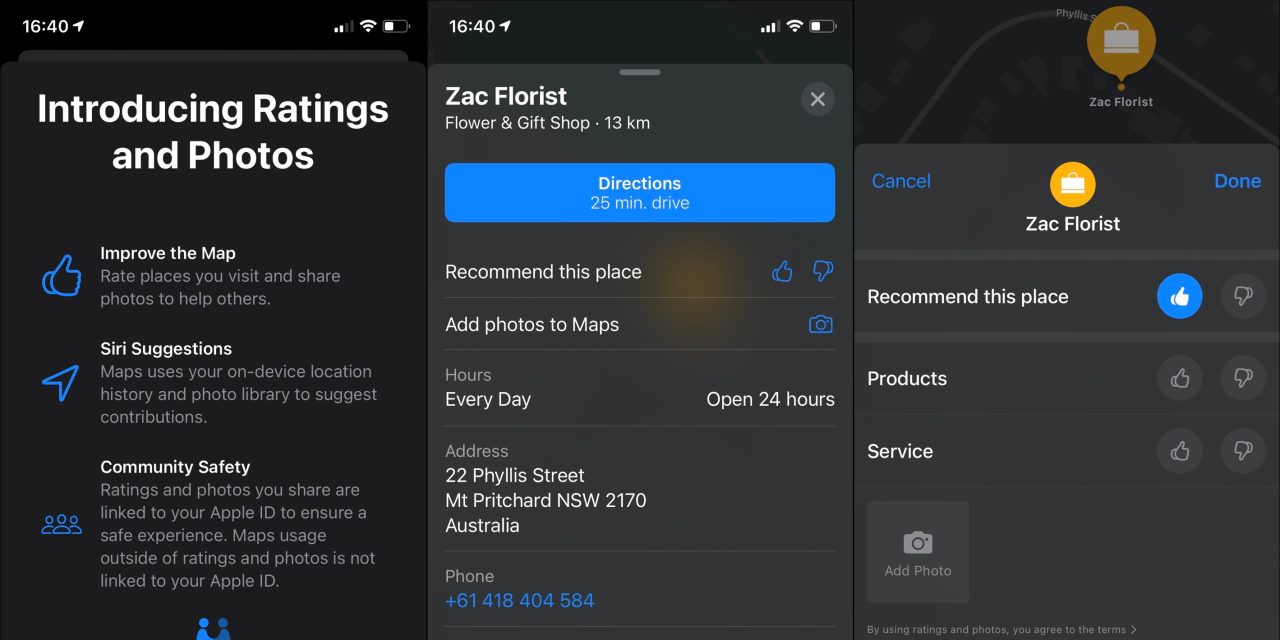 The original iteration of Apple Maps relied mostly on data from partners. Over time, Apple has worked to bring more of the mapping experience directly under its own control, such as with the new ground truth map initiative that it rolled out in the US last year and is expanding to several more countries before the end of 2021.

As of the latest iOS 14 beta, it appears that Apple is looking to remove dependencies on Foursquare and Yelp as sources of reviews and user photos of restaurants, bars, shops, parks, and other points of interest.

Currently, if you tap on a placemarker, you will see a photo grid and reviews adorned with the logo of the third-party integration, like Foursquare, Yelp, or TripAdvisor. If a user taps on the reviews to read more, Maps will direct the user to the App Store to download the partner’s app. If the user wanted to submit their own photos or reviews, they would also have to do that through the third-party app. This is a suboptimal experience.

As reported by 9to5Mac reader beaugiles, Apple is beginning to roll out its own first-party solution which will eventually be able to replace these partnerships in its POI listings.

iOS 14 beta 6 includes new UI that lets users recommend a place with a thumbs up or thumbs down. The rating system can differentiate between categories, so users can rate the quality of purchased products in a shop highly even if they didn’t get the best service. At least at this early stage, the rating UI is only visible for a small subset of all POIs on the map.

You can also upload photos directly from the card in Maps. Per the legal terms, Apple Maps will only present this option to users older than the age of 13. Photos will be reviewed by humans before appearing in Apple Maps.

Apple is using on-device machine learning to present POI rating opportunities when it sees that someone has visited a place several times. The company will also be doing some checks to try and prevent abuse, such as only accepting ratings from people that have physically visited the place.