Netatmo video doorbell with HomeKit support available Sep 28 in Europe, later in US [U] 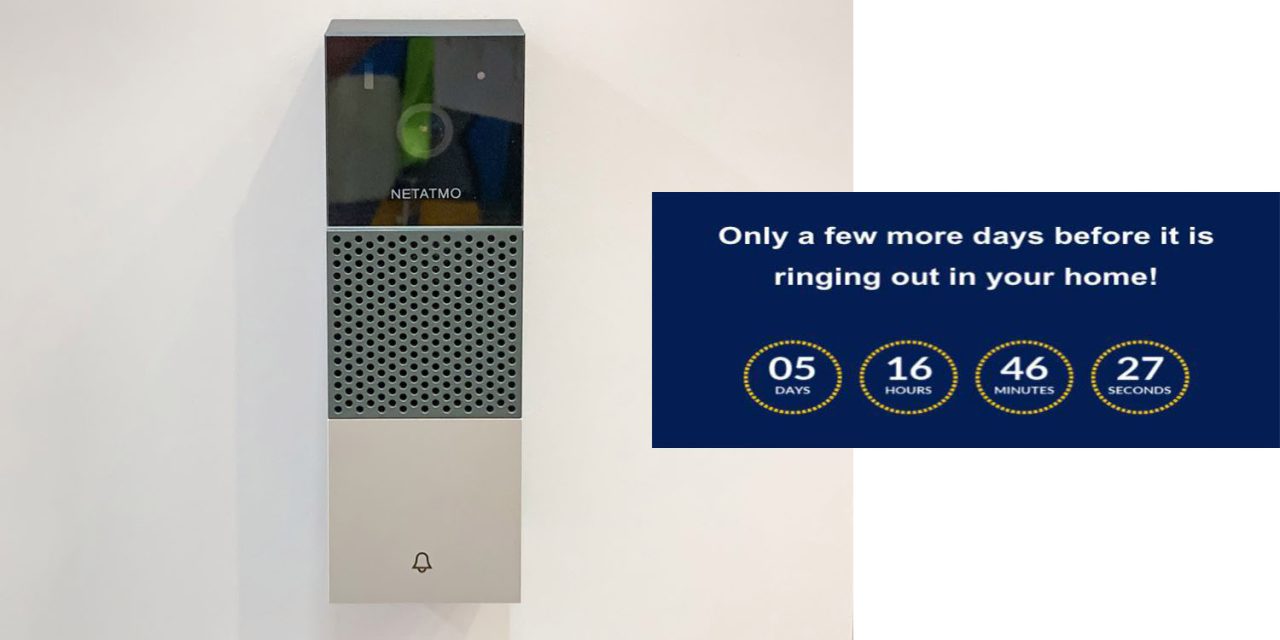 The wait for the long-promised Netatmo video doorbell with HomeKit support has been a lengthy one. We first got a hands-on look at the device way back in January 2019, with silence since then, but the company says that it is finally launching in Europe on September 28. Unfortunately, the US launch is following ‘later this year.’

We got the first clue in July that we were getting closer to launch, thanks to a 9to5Mac reader …

The company has now announced the availability in a press release.

Netatmo, the leading French smart home company for a safer and more comfortable home, announces the availability of its Smart Video Doorbell starting from September 28th 2020. The Netatmo Video Doorbell allows the user to see who is at the door and answer it from anywhere. When someone rings the Doorbell, the user receives an alert on their smartphone and can then speak to their visitors. The Doorbell also helps secure home’s entrance as it alerts the user if someone is lurking around the doorstep.

The Doorbell’s call history and videos are saved locally on an internal microSD card. The microSD card is encrypted to ensure a high level of protection for its contents. For the secured transmission of data to the user’s smartphone, the Smart Video Doorbell uses end-to-end encryption.

The company says self-installation is simple, and it’s compatible with most wired installations.

We explained earlier why people have been waiting so impatiently for the product.

The Netatmo Smart Video Doorbell is exciting as it comes with a clean, modern design, includes HomeKit support, no subscription fees, works via wired setups (no batteries to worry about charging), and comes from a company with a solid reputation for smart home devices. It will be a great addition to Netatmo’s HomeKit-enabled Smart Outdoor Security Camera and Smart Indoor Security Camera.

Other great features include 1080p resolution, 160-degree field of view, two-way talk, microSD card slot to record your own footage, and also the ability to save footage to Dropbox or an FTP server.

HomeKit compatibility means Siri control as well as the ability to automate triggering of HomeKit scenes.

The Smart Video Doorbell is compatible with Apple HomeKit. The user can create custom scenarios to connect their Doorbell to other smart home devices, according to different combinations. For example, when the Smart Video Doorbell detects a person, the home’s outdoor lights can switch on automatically to deter a potential intruder.

With HomeKit, the user can stream the videos recorded by their Smart Video Doorbell using voice commands. They can ask Siri to show them their front door to find out what is happening at home (“Hey Siri, show me my front door”).

Netatmo originally planned to launch in the second half of 2019, so is now a year behind schedule. We’ll be bringing you a review as soon as it’s available, so we can find out whether it was worth the wait.