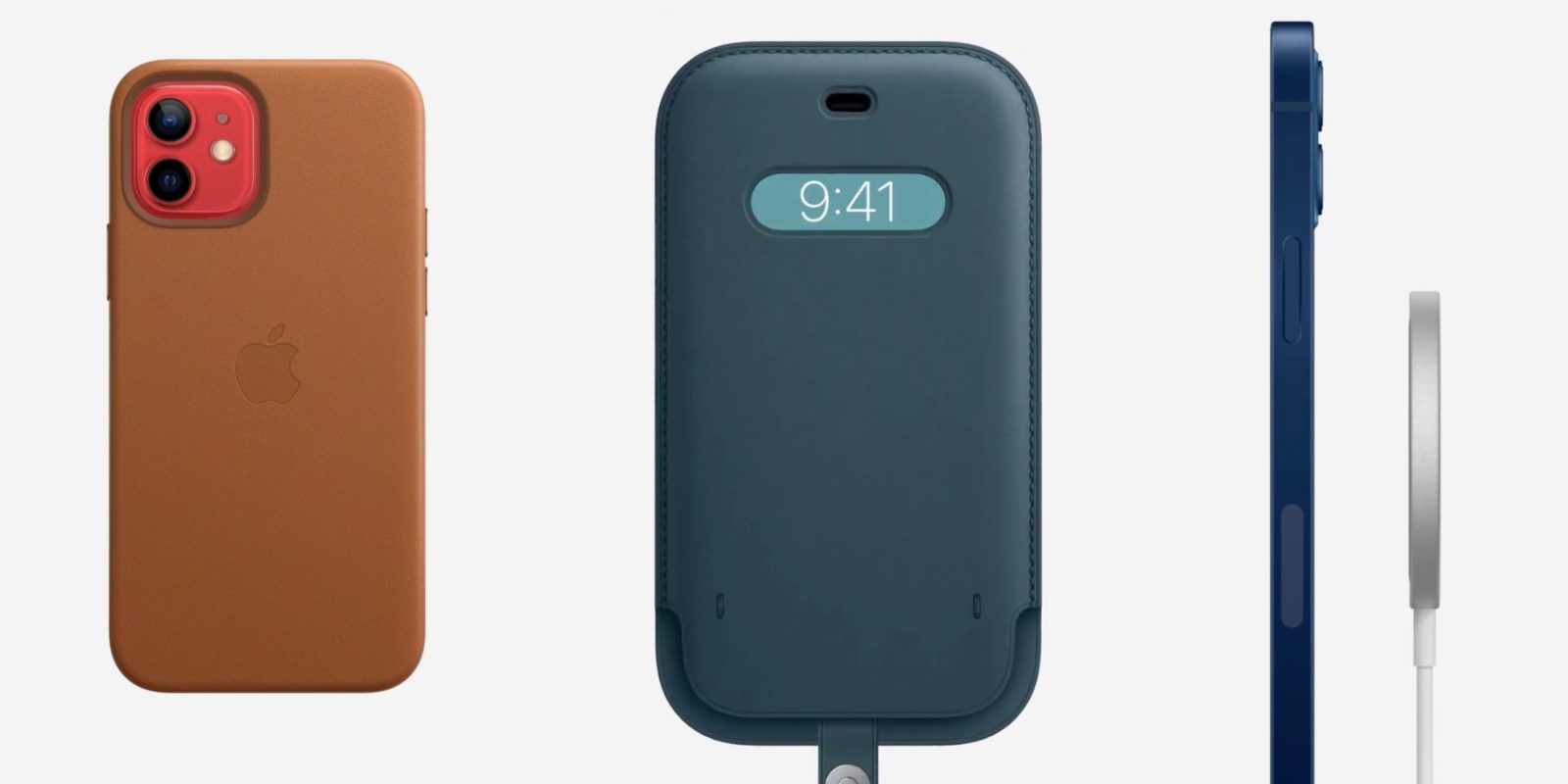 Apple announced that its MagSafe tech is back with the iPhone 12 lineup but there have been some lingering questions about some of the planned accessories. Let’s take a look at the new iPhone 12 leather cases and tidbits about the new MagSafe products.

The return of MagSafe looks like a valuable and exciting system for iPhone with the benefits ranging from 2x wireless charging speeds to a variety of great accessories from Apple and third-parties. While Apple has listed some of its own MagSafe accessories already and we’ve seen plans from Belkin and more to launch new products in December, there are some unanswered questions.

Apple showed off MagSafe leather cases in the iPhone 12 event but only the silicone and clear options are appearing at the moment. In fine print at the bottom of the iPhone press release, Apple shared this:

And Apple said the same for the iPhone 12. The new Leather cases include Apple’s traditional version and as well as a new Leather Sleeve (shown above), pricing hasn’t been shared for these upcoming products yet.

Apple revealed two MagSafe chargers with the singular “MagSafe Charger” showing up on Apple’s website. It runs $39. But unfortunately, it doesn’t come with a power supply as WSJ’s Joanna Stern noted today.

Apple’s website confirms that with the product listing noting the only item in the box is the “MagSafe Charger.”

The bright side is that as Apple removed the charger from the iPhone 12 box, the previous 18W power adapter was replaced with a 20W one, with a $19 price (compared to $29 previously). For those that don’t already have enough USB-C power adapters, many will likely skip the Apple option and pick up a more affordable third-party one.

As Apple mentioned in the footnote about leather cases, the MagSafe Duo Charger “will be available at a later date” and pricing hasn’t been confirmed yet.

Another tidbit about MagSafe chargers, they do work with any of Apple’s Qi supported devices but they won’t give the 15W max power unless you’ve got an iPhone 12.