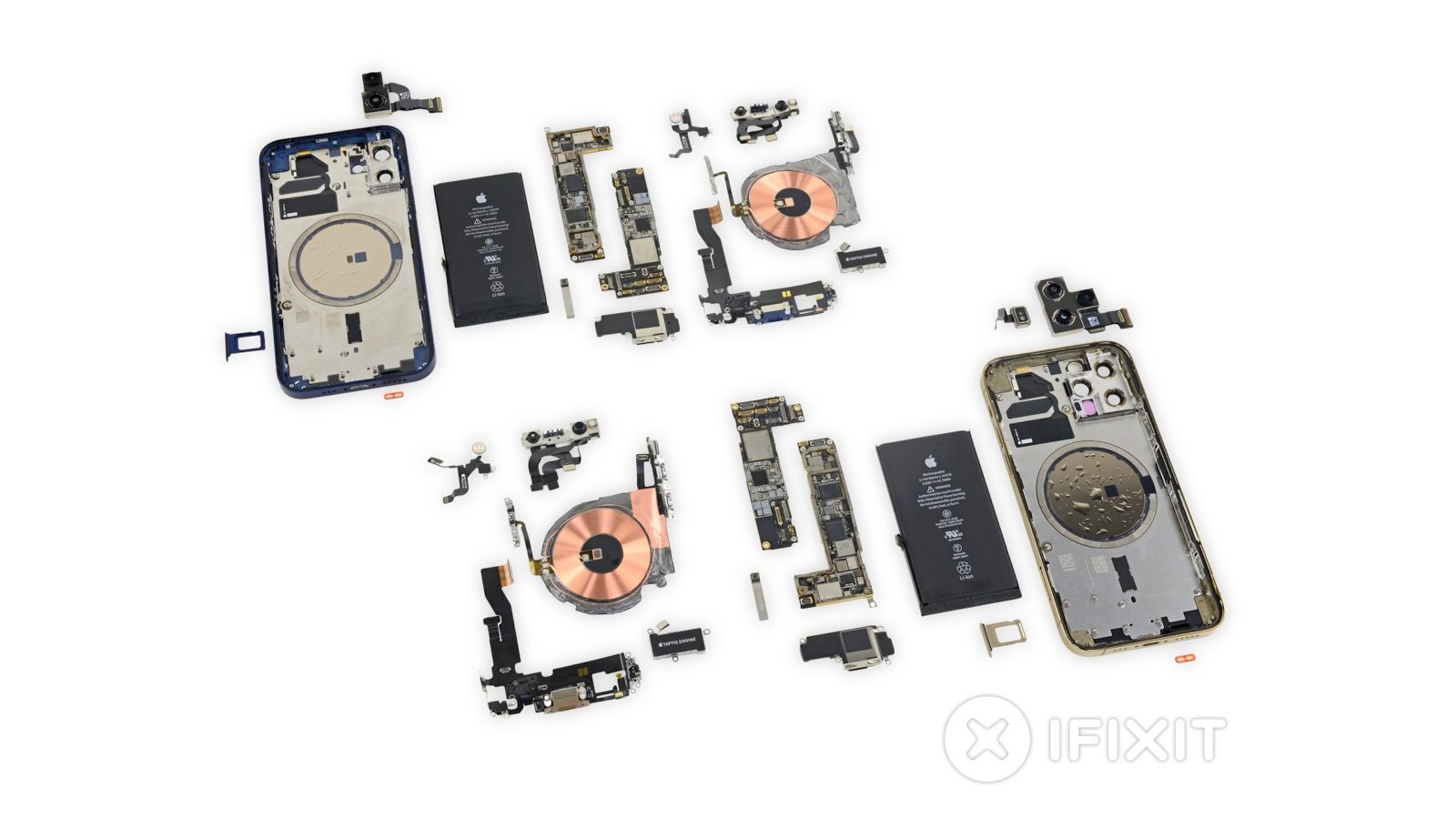 Our early tests indicate both displays work interchangeably when swapped between the standard 12 and 12 Pro—even though the max brightness specs are ever-so-slightly different, as careful observers have pointed out. There’s a little more to the story here; we’ll see if we’re able to unearth more details later.

Elsewhere, both devices feature modular SIM card readers that are “excellent for repair.” The actual SIM card tray has switched sides, which iFixit attributes to Apple needing to make room on the logic board to accommodate Qualcomm’s 5G modems.

One major change to repairability this year comes in the form of new rubber gaskets used to hold the speaker grilles in place:

This makes for a much easier speaker removal and replacement procedure than in years past, which required reworking messy adhesive. Since the speaker has to be removed for battery replacement, this is a thoughtful design and a win, repair-wise.

Apple has also abandoned its clever L-shaped battery design this year in favor of a more generic rectangular battery; a change iFixit attributes to cost-saving efforts.

The Taptic Engine is the exact same between the iPhone 12 and iPhone 12 Pro, though it is “just a smidge smaller” and slightly thicker than the iPhone 11 last year. Finally, with all of the innards taken out, we can clearly see the 18 magnets Apple is using in the iPhone 12 to accommodate its MagSafe accessories.

All in all, iFixit gives the iPhone 12 and iPhone 12 Pro a repairability score of 6 out of 10, which is the same as the iPhone 11 series, citing two key positives:

You can find the full teardown over at iFixit.