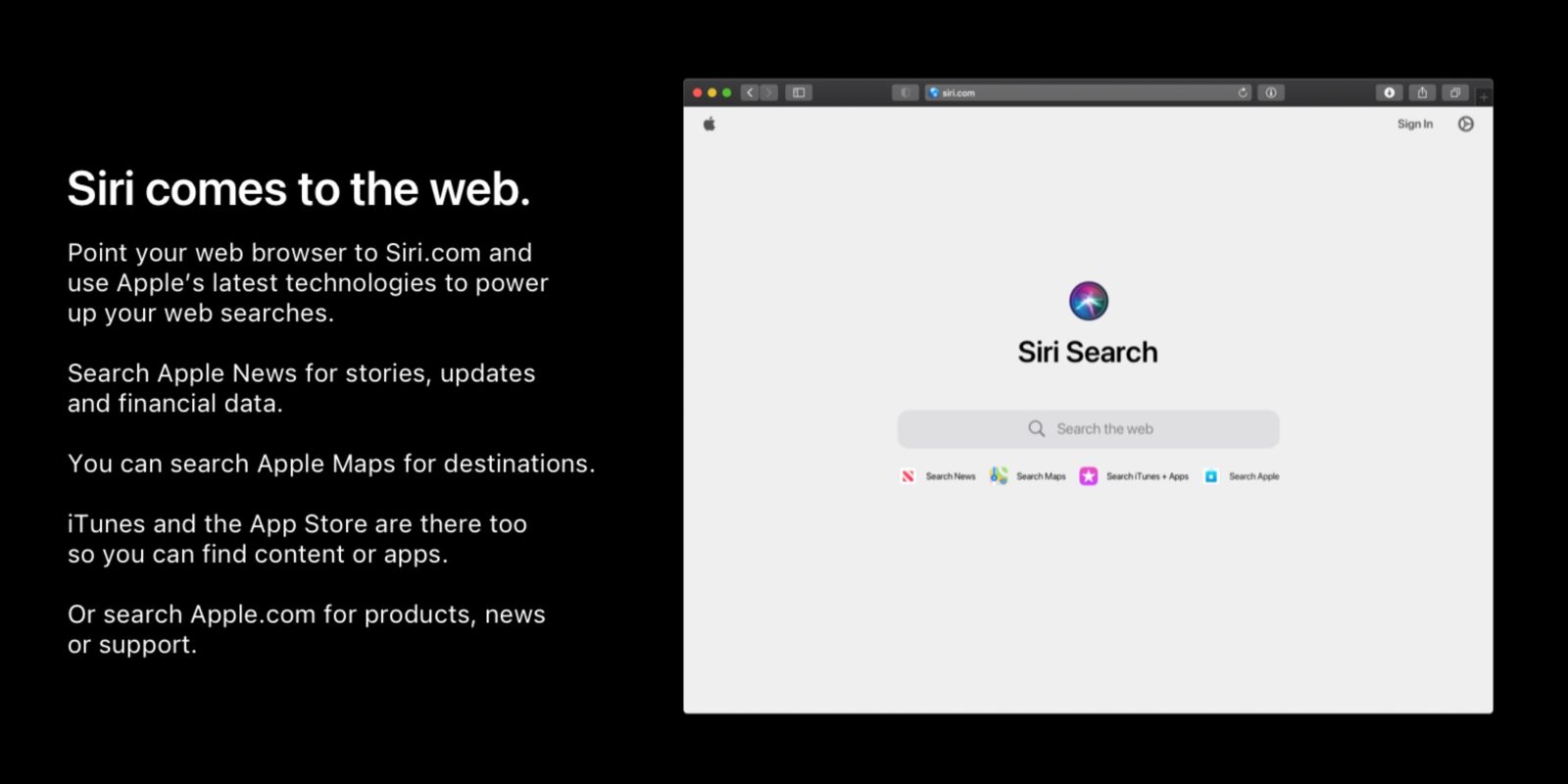 Amid suggestions that Apple is investigating the possibility of building its own search engine to rival Google, a new concept today images what an all-in-one Apple Services Hub might look like on the web. Through this hub, you’d be able to access all of your Apple ID services, as well as Siri Search on the web.

The concept was created by Parker Ortolani and it showcases how you could visit a new Apple services webpage for easy access to iCloud services, Apple Card details, Apple Music, the Apple Store, and much more. Perhaps most notably, there would also be new Siri Search capabilities.

Point your web browser to Siri․com and use Apple’s latest technologies to power up your web searches. Search Apple News for stories, updates, and financial data. You can search Apple Maps for destinations. iTunes and the App Store are there too so you find content or apps. Or search Apple․com for products, news, or support.

As of right now, you can access certain Apple services online through iCloud.com, but things like Apple Music, the apple Store, and Apple TV+ are located on their own separate webpages. This hub idea would incorporate everything into a central location, and add new Siri Search features.

Earlier today, a report from the Financial Times claims that Apple is now “stepping up” efforts to create its own search engine as its lucrative deal with Google comes under threat. While this still appears to be far off in the future, if it happens at all, you can learn more in our coverage here.

Google currently pays Apple an estimated $8-12 billion per year to be the default search engine on iOS devices. In 2018, for example, the sum was estimated at a little under $10 billion — around 20% of the company’s Services income for the year. However, antitrust regulators are now putting this deal in the spotlight, and arguing that it may be anti-competitive.

What do you think about the possibility of Apple expanding into the search industry? Would you use an Apple search engine over Google if given the option? Check out Parker’s full concept here and let us know down in the comments!