Wish Spotify streamed on Apple Watch? The time has arrived for many 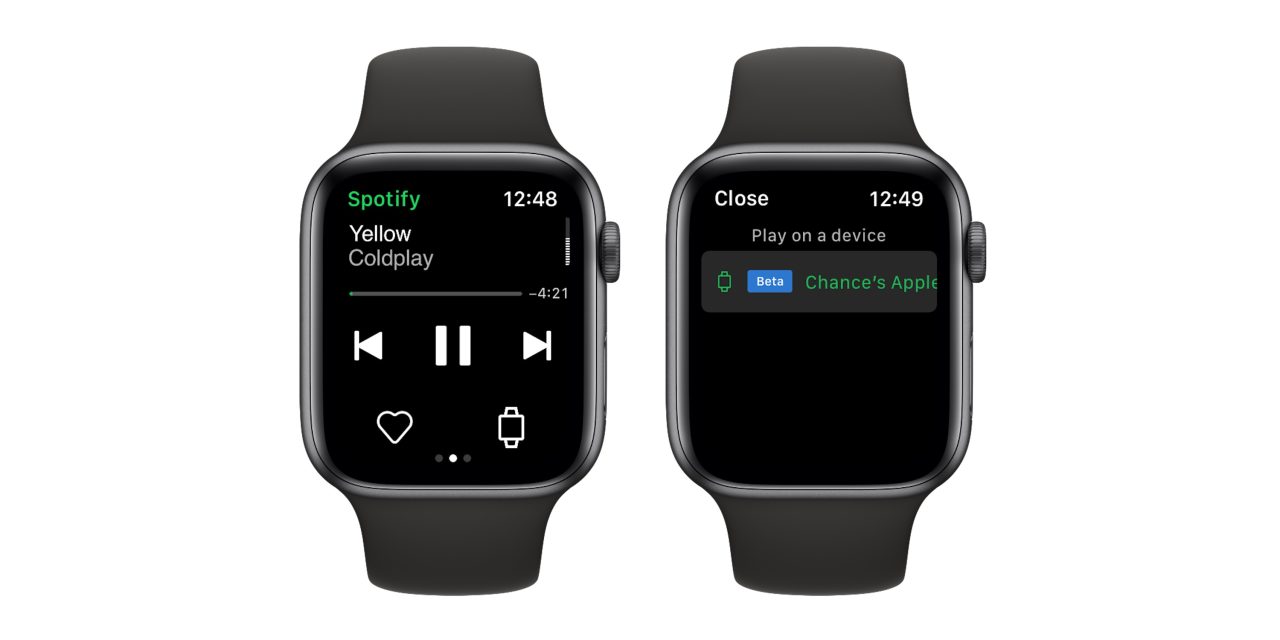 Back in September, we saw Spotify finally start testing streaming support for its Apple Watch app, something we’ve seen arrive with other third-party services like Pandora months ago. Now it looks like the feature may finally be rolling out more widely.

Update: Streaming for Spotify’s Apple Watch app is landing for many users now. We’re hearing from 9to5Mac readers that it’s appearing today and we’re seeing the same on our own devices. The feature is arriving as a server-side update.

Reported by Macerkopf (via Google Translate), multiple users have shared they are seeing the feature show up on their wearables (that weren’t part of the September streaming test for Apple Watch). One image shows the following message about using the options on Apple Watch (translated from German):

Would you like to stream Spotify on your Apple Watch? Choose it here.

As expected, Macerkopf notes those seeing the streaming option can listen to content while away from iPhone, finally making the Spotify Apple Watch app more than just an iPhone remote control.

The testers report that they can use the Apple Watch app of the streaming service autonomously without an iPhone to stream music and podcasts over the cellular network or WiFi. This significantly enhances the Spotify app. Over the weekend, Spotify has apparently started to make the feature available to a larger group of its users.

There appears to be a recently played section in addition to access to your library when using streaming on Apple Watch. But one downside is there doesn’t appear to be a search feature. So when you start seeing the streaming option, you’ll need to rely on Siri to pull up specific songs, artists, albums, etc.

In addition, the most recently played content is available. Unfortunately, there is no separate search function in the app. Siri steps in for this and delivers the title you are looking for after a voice command. As usual, you have to give Siri the command to play a certain title, album or genre with Spotify.

Like many Spotify changes, the update appears to be a sever-side one. Have you seen streaming on the Spotify Apple Watch app show up? Let us know down in the comments!