Concept: How Apple could use MagSafe to add extra battery life to iPhone 12 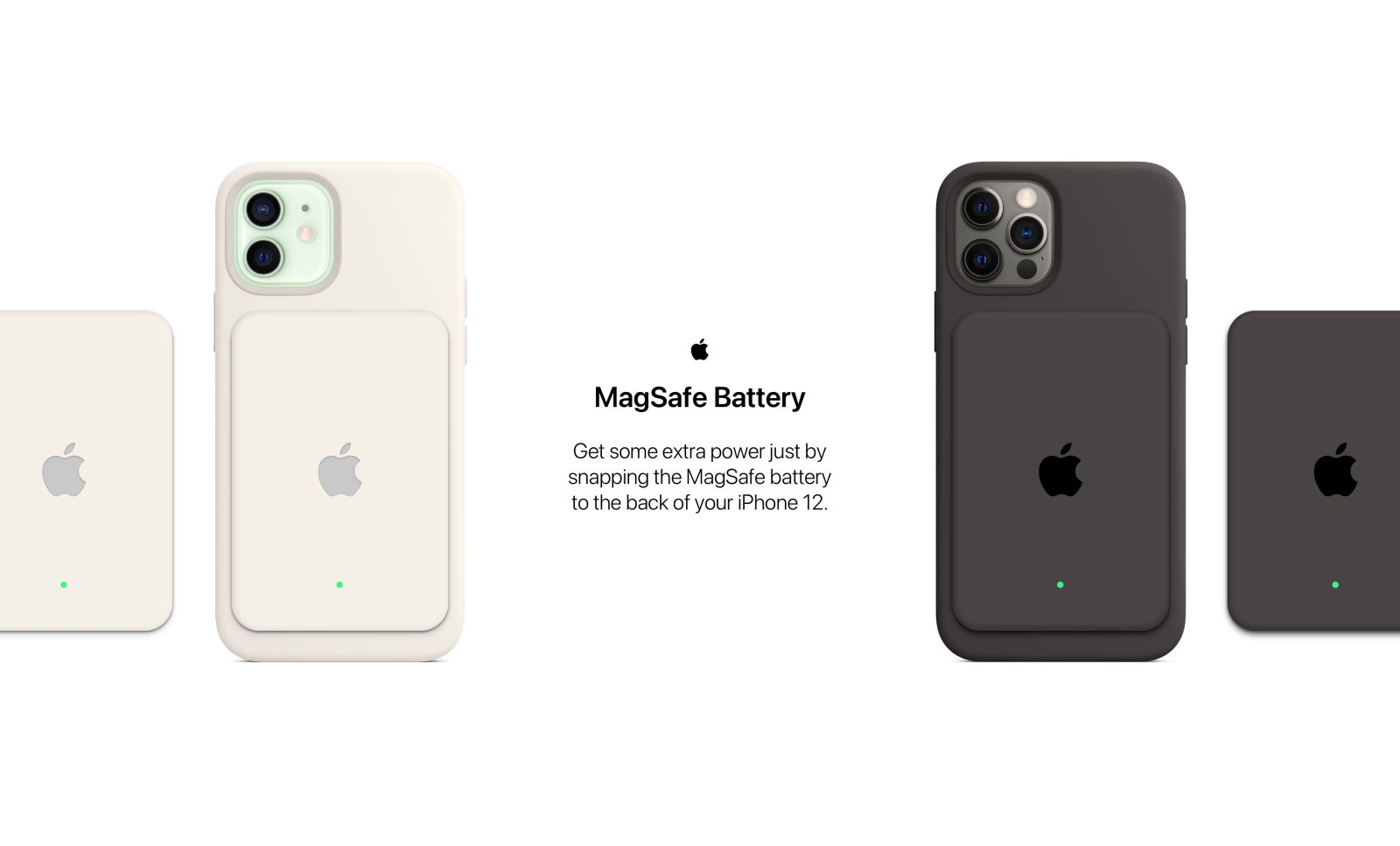 In conjunction with the iPhone 12, Apple revived the MagSafe branding for a new line of magnetic accessories for the iPhone. The early accessories in the MagSafe lineup include cases, a Leather Wallet, and a MagSafe Charger, but a new concept today from Parker Ortolani imagines how MagSafe could be used for external power.

Apple has introduced Smart Battery Cases for the past several iPhone generations. The Smart Battery Case design has stayed largely the same, featuring a hump design on the back and physical connectivity to the iPhone’s Lightning port.

Parker’s concept for an iPhone 12 MagSafe Battery imagines a battery pack that would attach magnetically to the back of your iPhone or the back of an iPhone case. Essentially, it would offer a modular approach to an iPhone 12 battery case, allowing you to keep a case on your device but pick and choose when the actual battery itself is attached.

“Get some extra power just by snapping the MagSafe battery to the back of your iPhone 12,” the concept describes. And furthermore, the Lightning port could remain completely free because the iPhone 12 could charge through the battery on a MagSafe puck.

MagSafe accessories provide up to 15W of wireless charging power to iPhone 12, iPhone 12 Pro, and iPhone 12 Pro Max. This is not as fast as 20W charging that can be achieved through fast charging with a Lightning to USB-C cable, but it is twice as fast as normal 7.5W Qi charging. The iPhone 12 mini can charge at 12W speeds with MagSafe.

And as for concerns about the magnetic strength of the MagSafe technology, Parker says:

This would absolutely be strong enough to stay connected to your iPhone if the magnet Apple built into the battery itself was stronger than something like the wallet or charger.

What do you think of this concept? How do you think Apple could use the MagSafe technology in new ways going forward? Let us know down in the comments!

Is it time for Apple to ditch the Smart Battery Case with something new?#MagSafe Power Pack for the #iPhone12 & the #iPhone12Pro may be a good alternative

Simply attach the Power Pack on the back of your iPhone and charge your device on the go with or without a case#concept pic.twitter.com/nOxAeAxqAm