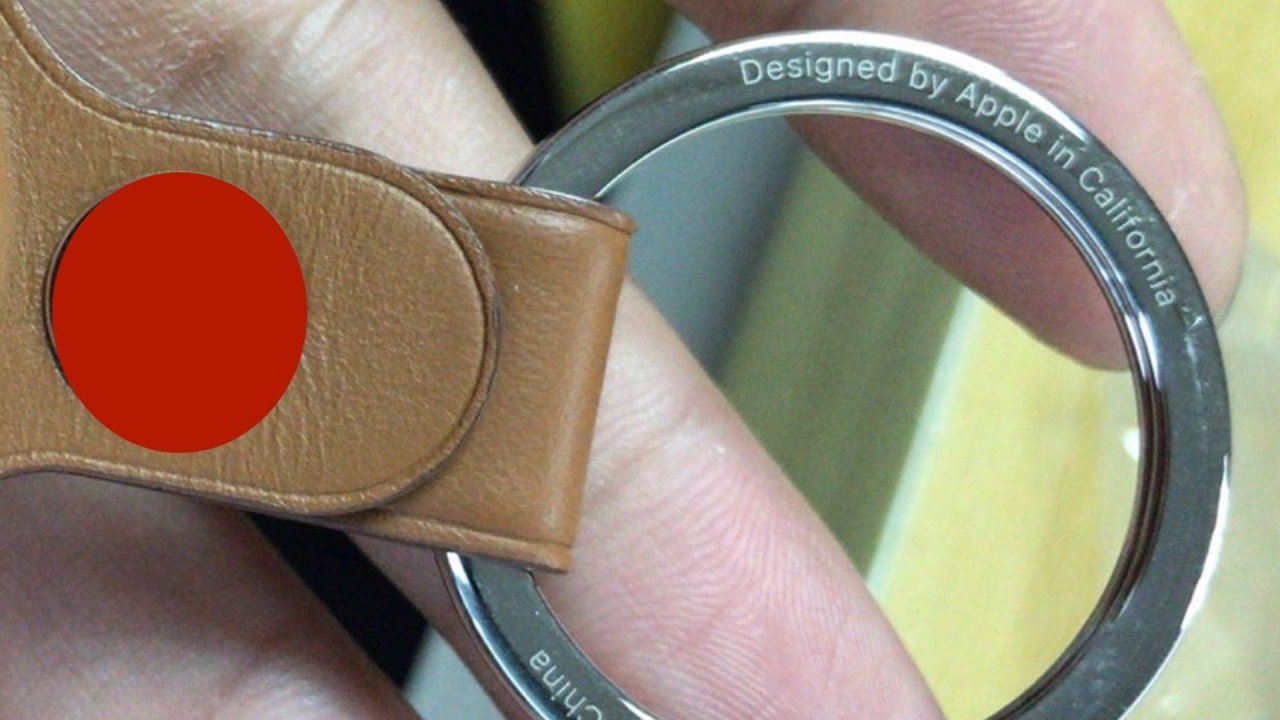 Apple is rumored to introduce a new product called AirTag, which is basically a Tile competitor that will let users track any objects through the Find My network. Although we don’t know when the AirTags will be unveiled, the leaker Fudge shared today on Twitter an image that shows an alleged AirTag carrying accessory designed by Apple to work with AirTags.

Based on the image, the accessory looks like a small leather sleeve for AirTags, as users might be able to easily place them within the leather cover. The leather part is attached to a stainless steel ring that will probably work as a keyring for putting AirTags in keys, bags, and more. The steel ring has “Designed by Apple in California” and “Assembled in China” written on it.

While the photo itself doesn’t reveal much about AirTags other than their circular shape, the accessory shown in the picture actually looks like a patented Apple product created to easily attach AirTags to other objects. Fudge, however, says to look at the photo with “a bit of salt” as this might just be a Chinese replica based on Apple’s schemes.

Even so, the text written on it with the San Francisco typeface seems to be legitimate. Interestingly, the leather part of the accessory uses the same Saddle Brown color introduced with the official iPhone 12 Leather Sleeve.

Rumors about AirTags have been extremely contradictory as 9to5Mac found the first pieces of evidence about Apple’s tracking accessory in April 2019. Since then, several reports have claimed different release schedules for AirTags — and Apple itself mistakenly confirmed they’re working on it — but the product was never announced by the company.

Apple will hold a special event tomorrow to unveil the first Apple Silicon Mac, but there’s a small chance that AirTags will also be introduced during the event, just like they did with HomePod mini last month. 9to5Mac will have full live coverage of Apple’s November event, so be sure to tune in on Tuesday, November 10, at 10 a.m. PT/1 p.m. ET.