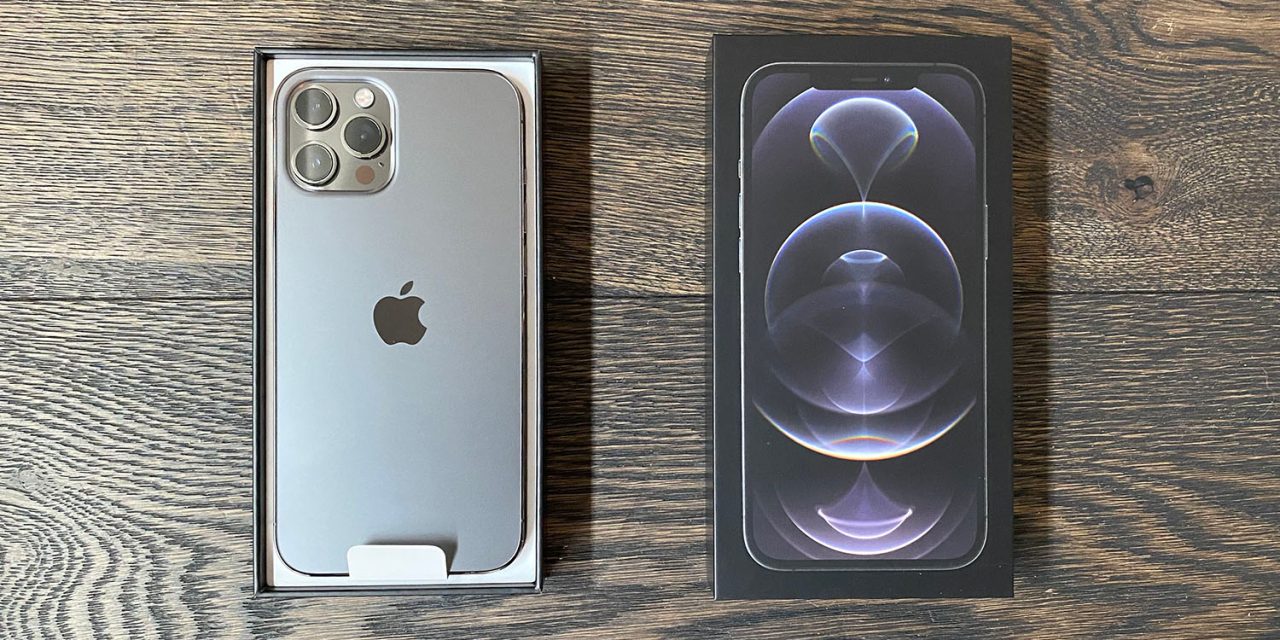 I don’t want the headline to imply that I will buy future giant iPhones — the jury is very much out on whether I even keep this one — but it really does feel like I’m trying a whole new product category here.

I own an iPad with a bigger screen than my old 11-inch MacBook Air, and almost the same size display as the the two latest MacBooks. And I now own an iPhone with a screen that doesn’t feel too far off that of an iPad mini.

I got an early hands-on preview of the size when the case arrived ahead of the phone. I noted then that it was comfortable to hold, and fits all my jacket pockets, but does fail the trouser test. However, even holding the case in my hand didn’t fully prepare me for just how big the iPhone 12 Pro Max feels. It really does feel more like a next-gen iPad mini than an iPhone.

I do love the slab-sided design. That was, truthfully, one of the factors behind me “downgrading” from the iPhone 6S to the original iPhone SE back in the day.

However, unlike the matte finish of the classic iPhones, the highly polished surface shows every speck of dust, and attracts fingerprints like that was its sole purpose. I really wish that were matte.

Admittedly, it makes little difference in practice, as almost all of us are going to keep it in a case, and I’m pleased to say Apple’s MagSafe leather case does nothing to disguise the shape.

In my world, gadgets should be silver or black. Apple seems to have a downer on black, so mostly I’ve opted for whatever this year’s version of Space Gray might be. For the iPhone 12, it’s a color Apple calls Graphite, and which personally I’d describe as a silvery gray. I must say, despite my silver-or-black preference, I do like it a lot.

Restoring the phone from an encrypted Finder backup was reasonably quick, though it did remind me of a couple of very minor grumbles about the process. Namely, that the syncing graphic ceases a little before the restore is complete, so you get a slightly worrying period of the Mac seemingly indicating the process is complete while the phone still says it’s still restoring. Second, it continues to download apps even after saying it’s complete.

I get there’s a reason for that — it enables us to start using the phone once all the data is copied across — but for me one of the benefits of a Mac restore rather than an iCloud one is that it’s quicker as well as more complete, so I’d prefer it actually finish the process before claiming to be ready.

The different banner ad sizes here disguise the fact that there is significantly more screen real-estate compared to my iPhone 11 Pro.

I’ll be interested to see how much benefit I feel from this in everyday usage.

I haven’t yet bothered to get a MagSafe charger. I’m a charging stand guy, not a horizontal pad one, so I’m awaiting third-party versions. In the meantime, it charges fine through the case on my existing Choetech stands.

Of course, the only reason I’ve bought the Pro Max over the mini is the improved camera capabilities. I outlined those in that earlier piece, and highlighted the ones that most appealed to me. Low-light and night shots are key here, and I hope to put both to the test over the weekend.

One additional thing I think I will appreciate is the larger “viewfinder” when taking photos. The lack of an eyeball-filling viewfinder is, to me, one of the drawbacks of using an iPhone as a camera. In the absence of filling my field of view with the shot, a larger screen beats a smaller one.

So watch this space for an initial verdict next week once I’ve tried the camera. In the meantime, did I mention that this thing feels… big?