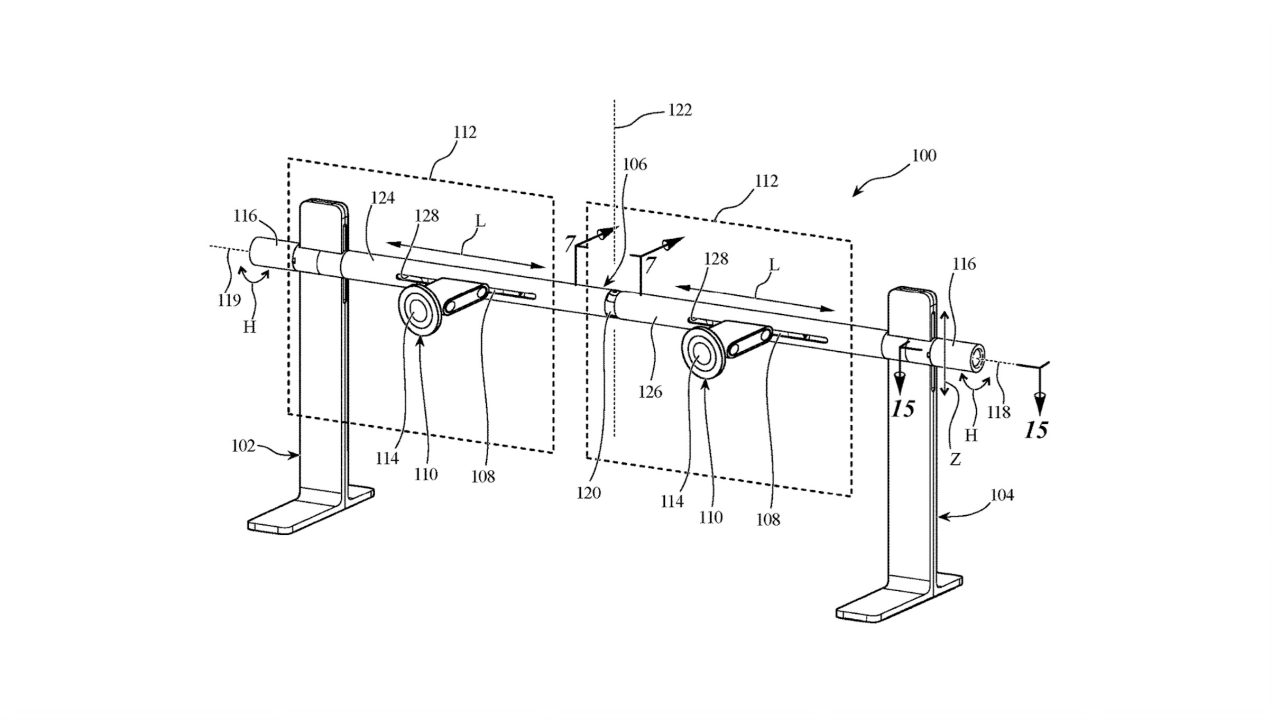 As first spotted by Patently Apple, this patent was first filed back in March of 2019 but only published by the US Patent & Trademark Office this week. The stand depicted here would feature two legs on the ends, supported by a horizontal bar across the middle.

Apple explains that this dual Pro Display XDR stand would provide users more fine-grained control over the placement of their displays than using individual monitor stands:

These individual stands or arms unnecessarily take up large spaces, are often aesthetically unpleasing, overcomplicated, and have inefficient redundant mechanisms. When multiple displays are used on independent arms, they can be difficult to align in a smooth and precise way due to inconsistent counterbalancing and arm lengths. When multiple displays are used on a single support, they cannot be effectively adjusted relative to each other about a vertical axis.

But what’s important to keep in mind is that patent filings from Apple are never indicative of plans for an actual product release. The Pro Display XDR and Pro Stand are both incredibly niche products, so it’s unclear whether Apple would bother with a dual version of the stand exclusively for the Pro Display XDR.

The current Pro Stand for the Pro Display XDR retails for $1,000, so it’s anyone’s guess as to how much Apple would charge for a dual version of the stand. You can find more details about this dual Pro Display XDR stand over at Patently Apple. The actual patent can be found here on the USPTO website.