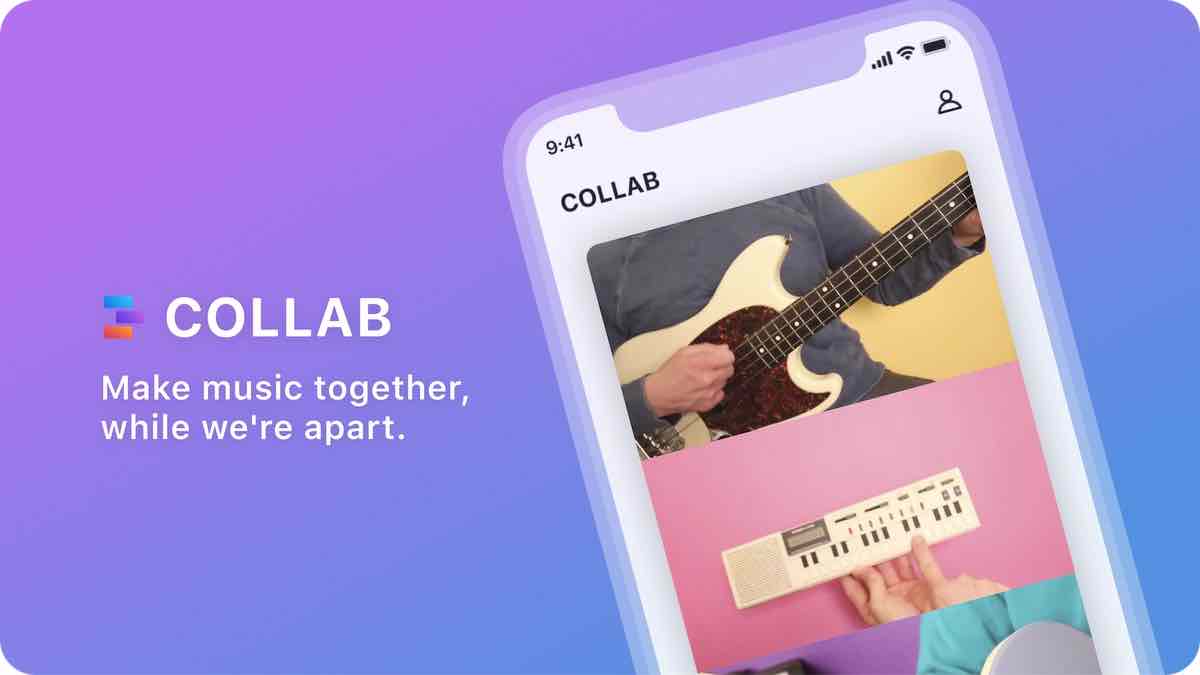 After being available as a private beta, Facebook’s new ‘Collab’ app that lets musicians remotely record video and combine their parts is available to the public. The iOS app is a hybrid between short-form video like TikTok and social collaboration with a focus on music creation and allows users to create their own “Collabs” or join in with others on existing ones.

Reported by TechCrunch, the private beta of Collab first came online back in May. Now that’s it’s available to everyone, here’s what to expect from the app:

In the app, a “collab” is a selection of three 15-second long independent videos, stacked on top of each other, that play in sync. For example, a collab could consist of a guitarist, drummer and a singer, each playing alongside each other in their respective videos. Users can either create a collab by playing along with someone else’s video or, if you lack musical experience, you can just swipe on one of the three rows to choose a different video to slot into the mix from those available.

When you first open Collab, you’re presented with an endless scrolling feed of these “collabs,” which you can swipe through to find one you want to join or mix. As you discover musicians you like to play along with, you can favorite them in the app to be notified when they post new clips. This also personalizes the main feed.

There’s definitely a lot of overlap between Collab and TikTok as the latter isn’t focused just on music videos but certainly includes a lot of that type of content. With Collab using the popular short-form video format here, it’s certainly looking to grab some of the TikTok market.

Just like TikTok, you can also just browse Collab and discover new music/artists if you don’t want to join in on the creative process. Among the already existing Collab users are recording artists as well as those just wanting to dabble.

You can download Facebook’s Collab from the App Store for free now.