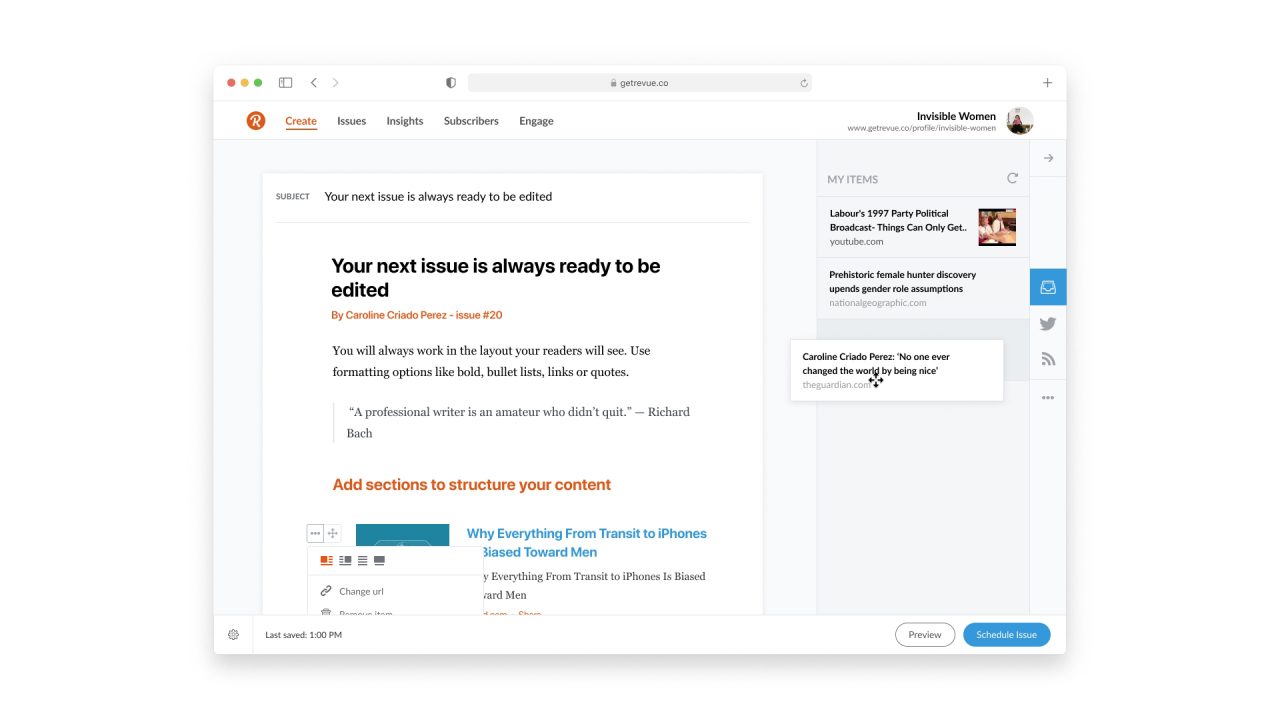 As Twitter has been expanding its operations into more areas, the company announced today the acquisition of Revue, a startup that offers an email service focused on newsletters. Twitter says the platform will help improve social networking for individual creators, publishers, and journalists.

“Revue will accelerate our work to help people stay informed about their interests while giving all types of writers a way to monetize their audience,” said the company in a blog post. Twitter recognizes that it has a “robust community of writers and readers” and is now committed to making it easier for content creators to connect with their followers and subscribers.

While Twitter does not discuss how exactly Revue will be integrated into the social network, the company admits to having considered offering different models of newsletters, including paid ones.

We’re imagining a lot of ways to do this, from allowing people to sign up for newsletters from their favorite follows on Twitter, to new settings for writers to host conversations with their subscribers. It will all work seamlessly within Twitter. And for those looking to generate revenue, we’re creating a durable incentive model through paid newsletters.

Having a paid newsletter would help writers and other content creators to monetize their tweets for the first time, which should encourage the production of even more exclusive content on the social network. “You can expect audience-based monetization to be an area that we’ll continue to develop new ways to support,” said Twitter.

For now, Revue will remain available as an stand-alone service, and the features of Revue Pro will be available for free to all users. Over time, the platform should be fully integrated with Twitter. As noted by The Verge, Revue was founded in 2015 with only six employees.

Earlier this month, Twitter also confirmed the acquisition of Breaker, a podcast app focused on social interaction. The Breaker team will help Twitter build and enhance Twitter Spaces, a recently announced feature that offers real-time audio conversations through virtual rooms with other users.