9 best Bitcoin and cryptocurrency apps for your iPhone 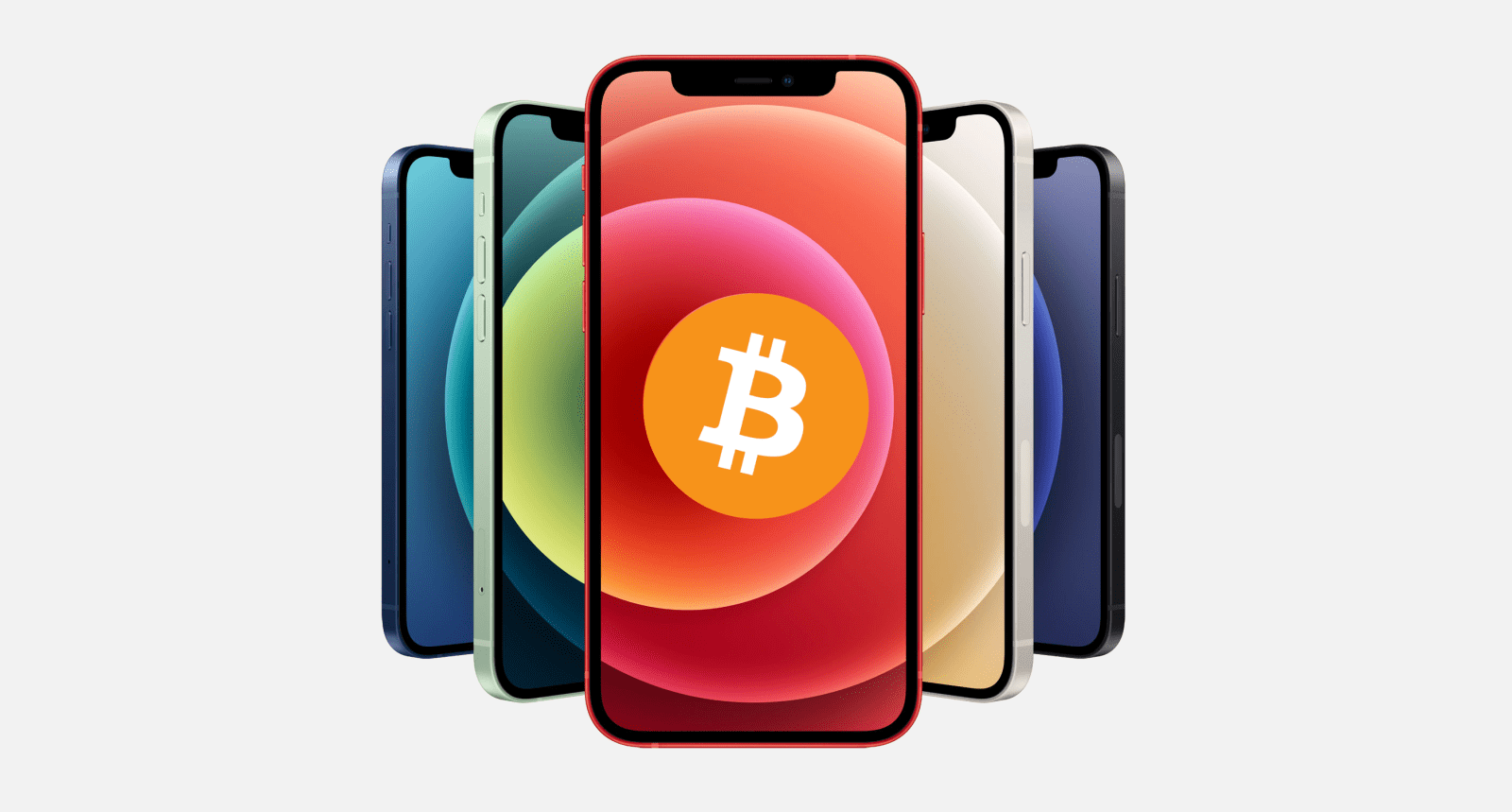 Bitcoin isn’t a new phenomenon (it was actually released in its most primitive form way back in 2009), but it might be a new phenomenon for you! Thankfully, while the Bitcoin waters may be confusing and difficult to wade through, there are lots of great Bitcoin apps for your iPhone to help you get started. In this guide, we’re going to take you through the best Bitcoin-only apps and some other great cryptocurrency apps.

One critical thing to know about the Bitcoin space is that there are different factions of belief systems about what these cryptocurrencies are and what their purpose is. Some people believe that Bitcoin is the only worthwhile project in the entire crypto space, others contend that Bitcoin is the one of most importance but that others like Ethereum have their place, and yet others think non-Bitcoin projects like Ethereum or even Dogecoin are better than Bitcoin in every way.

For that reason, there’s divide in the apps and services offered in the Bitcoin world. Many of the most longstanding players — like Coinbase — frame themselves as “cryptocurrency” apps. They’re generally open-minded to the possibility that non-Bitcoin currencies and blockchains could be as valuable or meaningful (or even moreso in the future) as Bitcoin. Others prefer to stick with the leader in the space, and they’re generally proponents of the idea that Bitcoin will “win.” Here’s a list of some of the top Bitcoin-only apps.

My personal favorite Bitcoin-only app (and I am a Bitcoin-only type fan!) is Swan Bitcoin. It’s not available on the App Store yet, but they have a baller web app that works just fine.

The best thing about Swan is that the people behind it really understand Bitcoin. They understand what it is, what it’s used for, and what it can be. And they understand why the vast majority of blockchain projects in the space are going to do you no good. It’s a common mistake that early entrants into the Bitcoin space look for something other than Bitcoin at first because it seems “cheaper.”

From the first day you set up your Swan Bitcoin account, you’ll be walked through the process of dollar cost averaging. This is by far the most practical way for Bitcoin enthusiasts to start accumulating the digital asset, and with Swan, you can watch it grow over time into something great.

Also, if you’re interested in putting in large amounts, Swan Bitcoin will allow you to wire up to $10M.

View On The Web

Cash App might be the best and easiest way for most people to buy Bitcoin. It has some of the lowest fees of the consumer-facing Bitcoin exchanges, and most people already have a Cash App account. Plus, you can buy and sell Bitcoin in the app without having to fill out any additional information other than the basic Cash App requirements — that is, unless you want to withdraw your Bitcoin to a personal wallet, send it to an exchange, or send it to someone else.

It also lets you easily set automatic purchases over time, which is definitely a smart technique for anyone just getting into Bitcoin for the first time. Choose a small amount, select a timeframe (weekly, monthly, etc.), set it, and forget it. Doing so just might help you from making a bad financial decision.

River Financial — as made clear by its name and logo among other things — tries to position itself as a white glove service of sorts for Bitcoin buyers who might have deeper wallets. Like other services, it’s just a place to buy Bitcoin, so there’s not that much that can be unique, right? River touts human customer service, top-tier security, and adoption of Bitcoin technologies like the Lightning network.

River Financial doesn’t have an iPhone app yet, but it’s on the way — we’ll update this story when it’s available for download.

Casa is another app you can download on iOS that is Bitcoin-first and Bitcoin-only. Like other services, Casa lets you buy Bitcoin. Nothing spectacular about that, really. But what Casa does differently is that they’re one of only a few services offering what’s known as multi-signature wallets. These wallets come at a cost — usually a monthly subscription — but bring additional security by requiring multiple private keys to access funds. This means no one can access your Bitcoin without having access to at least two of the following: your cold storage key as part of a hardware wallet, the key on your phone, and a key controlled by Casa.

While Cash App, River, and Casa all allow you to purchase and custody your Bitcoin, there are other Bitcoin-only apps available for iOS that are great additions to the Bitcoin product lineup. Fold is one of these — it allows you to earn Bitcoin rewards just by making purchases through their services. At the moment you can earn satoshis — divisible parts of a Bitcoin — by making gift card purchases or using their debit card.

If you aren’t already familiar, there are many ways to store and secure your Bitcoin. You can keep it on an exchange like Coinbase, Cash App, or others, but many users prefer the security that comes with keeping control of their own coins. Blue Wallet is one of the better options for this. It’s widely regarded as one of the best wallets by the Bitcoin-only community, mainly because it’s a Bitcoin-only wallet and supports technologies like Lightning, which can let you send cheaper, faster Bitcoin transactions.

Zap is another app worth checking out. It’s very similar to Blue Wallet in that it’s revered in the Bitcoin-only community. Zap was one of the first — if not the first — Bitcoin wallets to bring the Lightning network to smartphones. It’s simple and open source, too, meaning there’s no funny business involved.

Other great cryptocurrency apps for iPhone

While the Bitcoin-only ecosystem is strong, there are definitely reputable apps and services available outside that box. Some of these are actually the most popular apps in the space.

Coinbase is perhaps the longest-standing and most-established cryptocurrency exchange in the United States. Unlike many cryptocurrency exchanges, Coinbase goes out of its way to comply with all US regulations, and it’s therefore fully banked — and the easiest to use if you’re purchasing your Bitcoin with US dollars transferred from a US bank account. Its fees aren’t as low as Cash App or some other services like Swan Bitcoin, but it’s one of the exchanges I would feel safer keeping decent amounts of Bitcoin on.

Exodus came onto the scene a few years ago with the goal of being a one-stop hot wallet (a wallet that has a connection to the internet but one that you still have control of your private keys) for all cryptocurrencies. The team behind Exodus tries to support as many different assets as they can, and they definitely keep a degree of quality control — only assets worthy of being there and meeting their criteria end up on the list. They also have great customer service for free, something that’s relatively rare with wallets in this category. Most of all, its design and UX is bar none. It’s truly built for the Apple devices it runs on.

BlockFi is a unique service. If you’ve ever thought borrowing US dollars while using your Bitcoin as collateral sounded like a good idea, BlockFi is for you — because that’s exactly what they offer. The service is also one of the only places you can store your Bitcoin and earn interest. It’s never risk free to trust another custodian with your coins, but not many places offer you Bitcoin to hold on to — and loan out — your Bitcoin.

What do you think? Which of these apps is most helpful for you? Let us know in the comments if you have any thoughts or recommendations for this list.