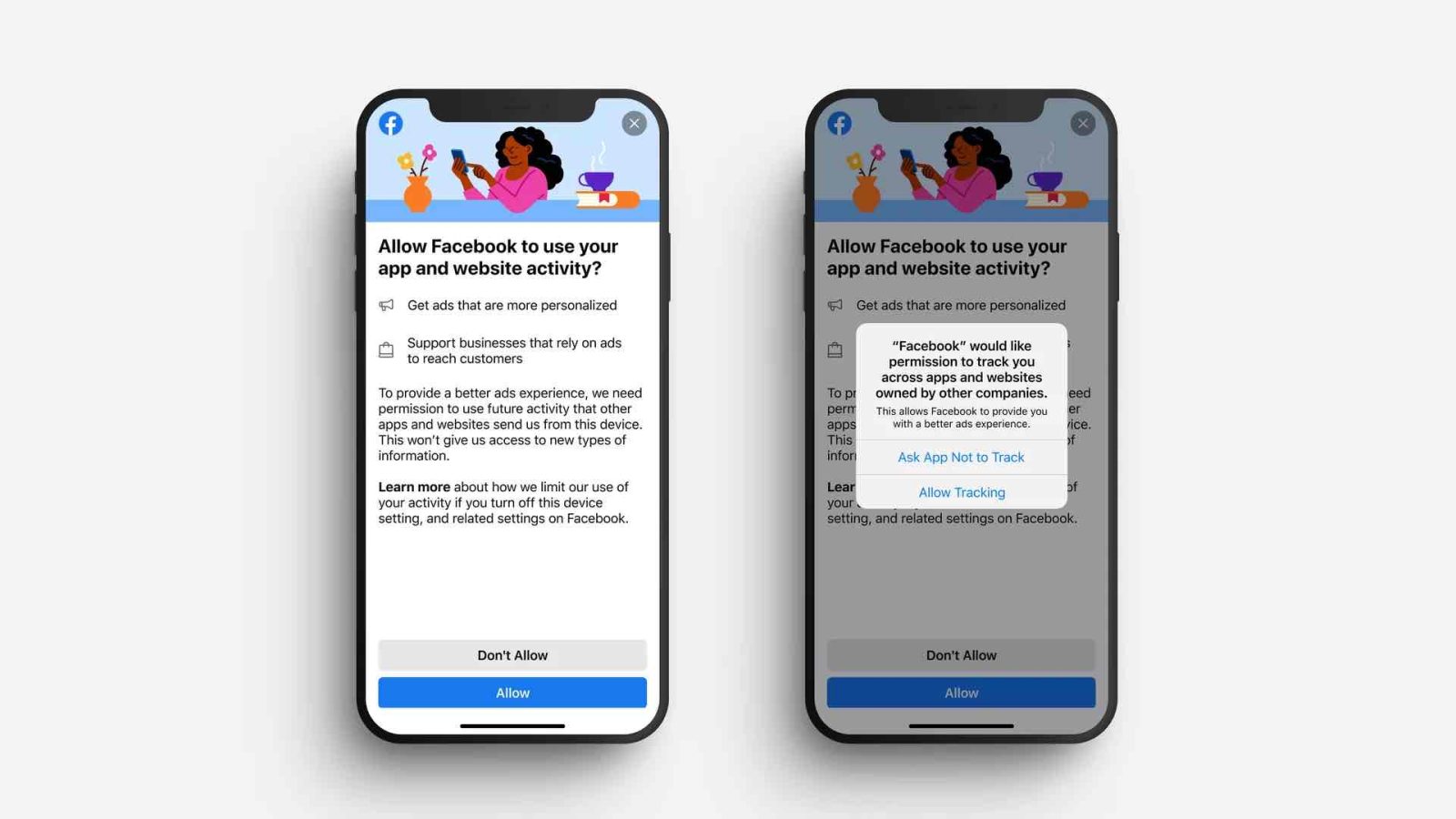 The battle between Facebook and Apple over the upcoming iOS 14 ad tracking transparency (ATT) feature is ramping up. Starting today, Facebook will begin testing its own prompts asking users to allow app and website tracking. That comes ahead of Apple officially rolling the feature out in “early spring” that will give highlight what apps and websites are tracking them and the ability to easily opt-out.

Facebook has been pushing hard against Apple’s iOS 14 ad tracking transparency feature in recent months. It was originally set to debut last year, but Apple postponed the feature so the industry could prepare for what is expected to be a big change.

Last week, the tension between Facebook and Apple reached a new high with Mark Zuckerberg saying that Apple has an “incentive to interfere” with his company and Tim Cook the next day saying that Facebook’s business model leads to “polarization” and “violence.” Further, Facebook is believed to be preparing an antitrust lawsuit against Apple over the upcoming iOS 14 ad tracking transparency feature.

Reported by CNBC, today Facebook shared that it is beginning the testing of its own prompt for Facebook users ahead of Apple’s new privacy feature that asks them to keep tracking on. The testing will also happen on Instagram.

One test version of the Facebook prompt has a bold-faced header asking “Allow Facebook to use your app and website activity?” and claims that Facebook uses that information to “provide a better ads experience.” It will then offer users a choice between “Don’t Allow” and “Allow.” (The precise language and appearance of the Facebook prompt may vary.)

As shown above, in addition to pitching tracking as a way to offer personalized ads, Facebook is also hoping to convince users to leave tracking on to “support businesses that rely on ads to reach customers.”

Facebook says that whatever selection users make during this test period will be respected and saved. Users can also change their ad tracking settings at any time – when the official iOS 14 support launches. Apple will offer a toggle to turn off all tracking and also manage individual apps.