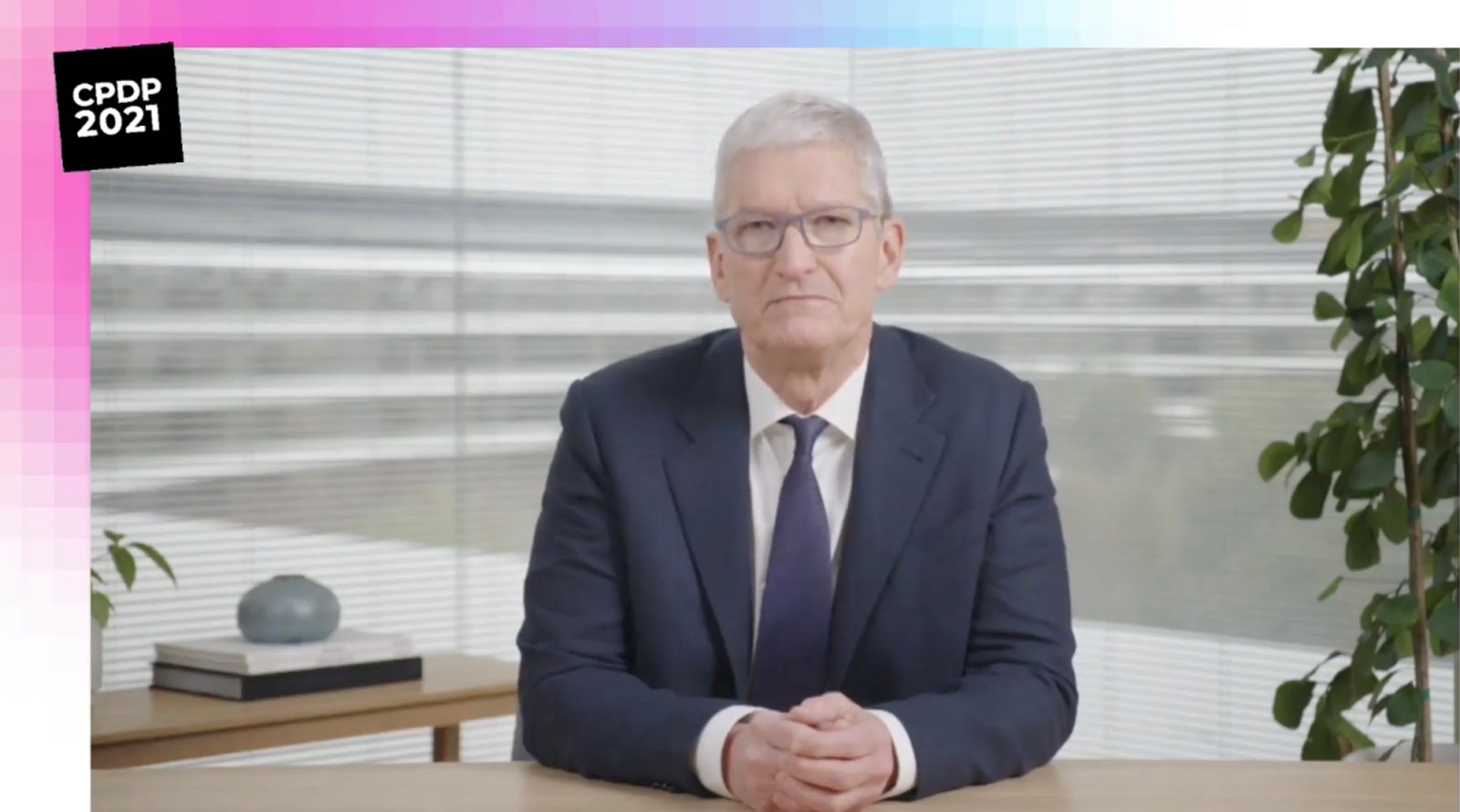 Speaking at the EU data protection conference CPDP today, Tim Cook gave the opening keynote with his talk entitled “A path to empowering user choice and boosting user trust in advertising.” Cook covered Apple’s concerns about privacy and security in the technology industry, the hope it sees for change going forward, what it is doing to protect privacy, its deep concerns and consequences with Facebook’s business model, and much more.

Tim Cook touched on a variety of concerning issues Apple sees when it comes to privacy and security across the technology industry. He reiterated the point that in many cases, people aren’t customers anymore but rather the product that businesses are selling to advertisers.

“As I’ve said before, if we accept as normal and unavoidable that everything in our lives can be aggregated and sold, we lose so much more than data, we lose the freedom to be human. And yet, this is a hopeful new season, a time of thoughtfulness and reform.”

Cook praised GDPR for being the most concrete progress in consumer privacy and security and said it’s time for the US and the rest of the world to pass similar legislation.

Together, we must send a universal, humanistic response to those who claim a right to users’ private information about what should not and will not be tolerated.

While Cook didn’t call out Facebook by name, he condemned its business model that any engagement is good engagement and capturing as much user data as possible.

If a business is built on misleading users, on data exploitation, on choices that are no choices at all, it does not deserve our praise, it deserves reform.

Too many are still asking the question, “how much can we get away with?” when they should be asking “what are the consequences?”

Cook believes the end result of this approach to technology is the polarization of society, loss of trust, and violence.

The tension between Apple and Facebook has been growing over the recent months, and particularly even more since yesterday. Facebook CEO Mark Zuckerberg said during the company’s earnings call that “Apple has every incentive to use their dominant platform position to interfere with how our apps and other apps work, which they regularly do to preference their own. This impacts the growth of millions of businesses around the world, including with the upcoming iOS 14 changes, many small businesses will no longer be able to reach their customers with targeted ads.”

He also said that Facebook increasingly sees “Apple as one of our biggest competitors.” And just this morning we learned that Facebook may be preparing an antitrust lawsuit against Apple regarding the new ad tracking transparency in iOS 14. However, the Electronic Frontier Foundation and many others have sided with Apple on this.

Working to contrast Apple with Facebook and others’ approach, Cook elaborated on what the company sees as ethical technology:

Check out the full speech from Cook below (-41:00 minute marker):